Veteran of Pearl Harbor Recalls Horror of that Day

SCRANTON — Listen carefully to the words of Walter Pasiak from Scranton. He’s one of the few Pearl Harbor survivors still around to share this story... 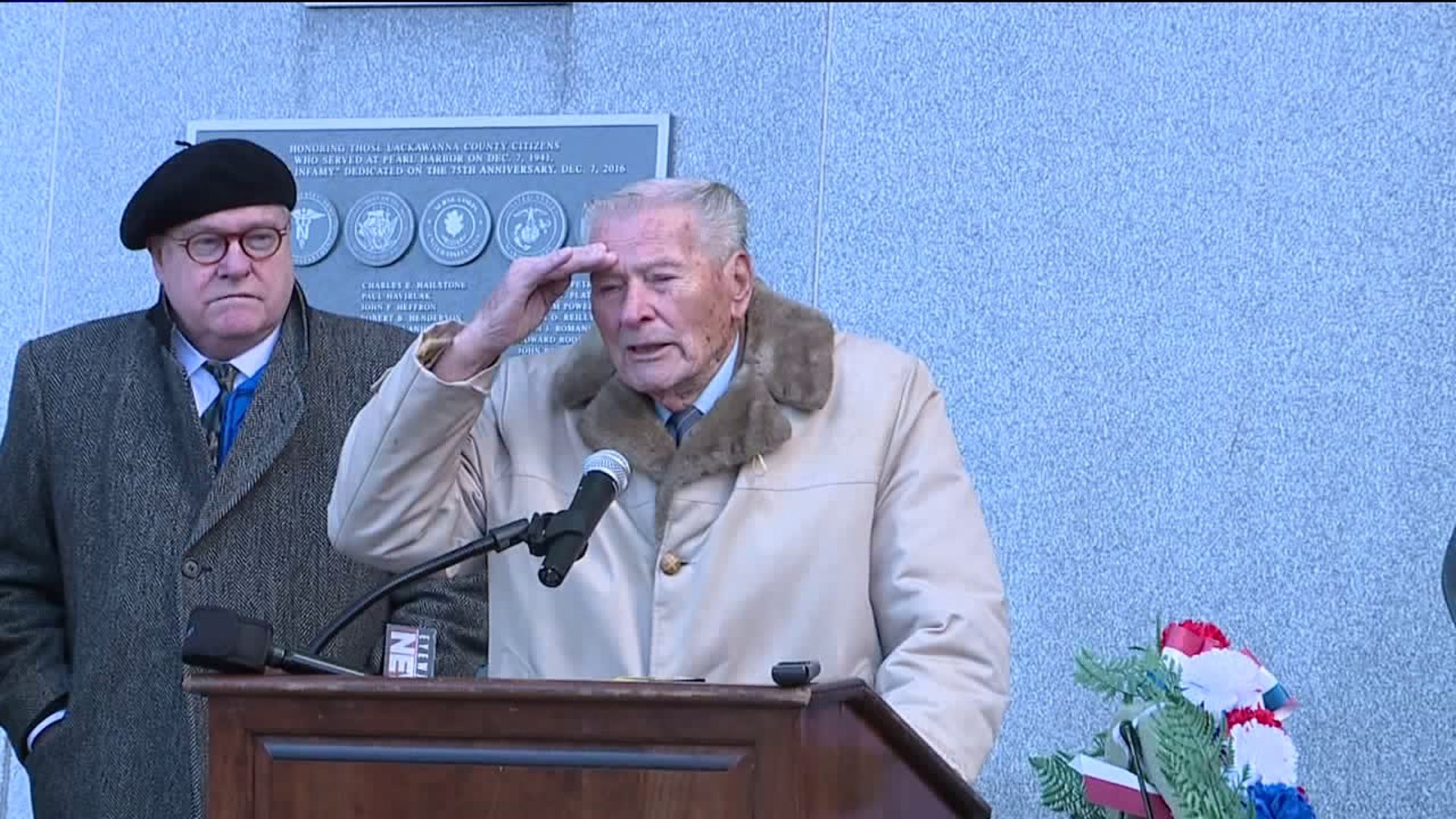 SCRANTON -- Listen carefully to the words of Walter Pasiak from Scranton. He's one of the few Pearl Harbor survivors still around to share this story

"It was a real mess the ships were burning all over," he recalled. "I came out of the mess hall ready to go. Planes were flying all over the sky."

And then he saw the scene we've all come to associate with Pearl Harbor but Walter Pasiak was a 19-year-old witnessing all these horrors right in front of him.

"I don't know if I was fortunate or unfortunate, but I happened to be there at the right time."

"We weren't ready for it, they caught us with our pants down."

As the world seemed to be blowing up around him, Pasiak did try to fight back.

"I had a .50-caliber machine gun, but there was no packing in there, but you could fire the gun but it didn't do no good. They didn't hit the target."

It didn't do much then but this survivor continued to fight back, serving in the Pacific throughout World War II then the Korean War.

"I was in the service and I tried to do the best I could and I guess I did good enough."

Now he leads a pledge to the country he served so well, and in front of a Pearl Harbor memorial bearing his name, repeats a quote we know so well.

"It's a day that will live in infamy and you were there and I was there."

From Lackawanna County alone, 109 people are known to have been in Pearl Harbor on this date. Walter Pasiak is the only one still living.