Veteran and Hometown Hero Passes Away at 97 Years Old

TAYLOR, Pa. — A well-known and well-loved veteran from Lackawanna County passed away this week at 97 years old. Thomas Bracey served in World War II, the ... 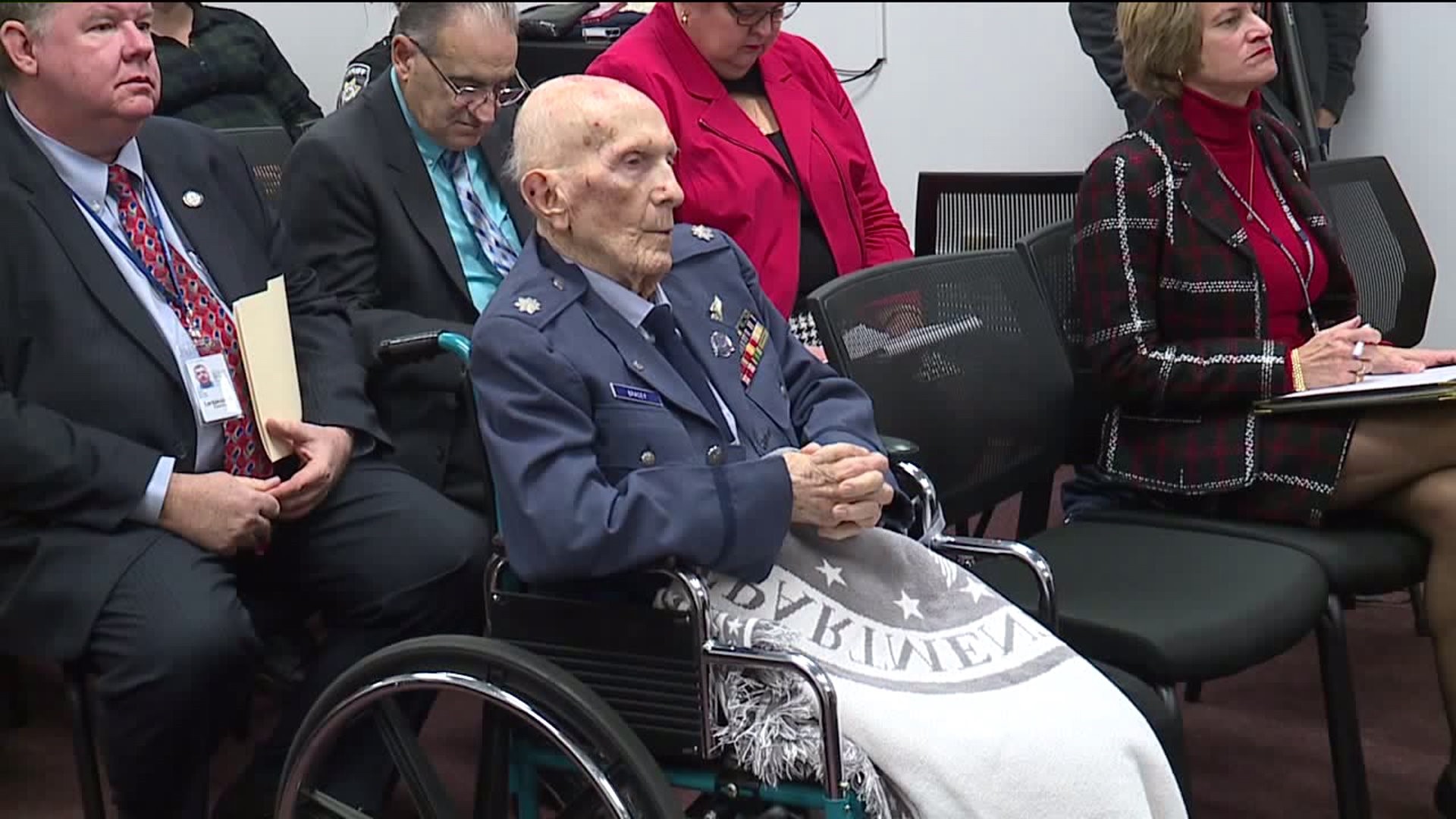 TAYLOR, Pa. -- A well-known and well-loved veteran from Lackawanna County passed away this week at 97 years old.

Thomas Bracey served in World War II, the Korean War, and Vietnam. He rose to the rank of lieutenant colonel in the air force.

He died on Tuesday but is being remembered for being an airman in three wars and a fireman at home.

Newswatch 16 was also there when Thomas Bracey and his wife Ann celebrated their 70th wedding anniversary in 2017. She had this advice for others trying to make it to that milestone.

“To just try and get along with each other and overlook anything that happens that's not important. We just love each other,” Ann Bracey said.

His son Bob tells us his father lived by this code.

“Be honest. Don't do anything that you would regret. Live tomorrow for what you do today,” Bob Bracey said.

Thomas was also a member of the Taylor Fire Department Hose Company #1. Members have hung a bunting marking a fallen member in his honor.

Thomas’ funeral will be held on Saturday at 11 a.m. at the Jacob Davis Funeral home in Taylor.