SCRANTON, Pa. — Part of downtown Scranton was covered in graffiti over the weekend. An effort to clean it up is already underway, in hopes to deter the va... 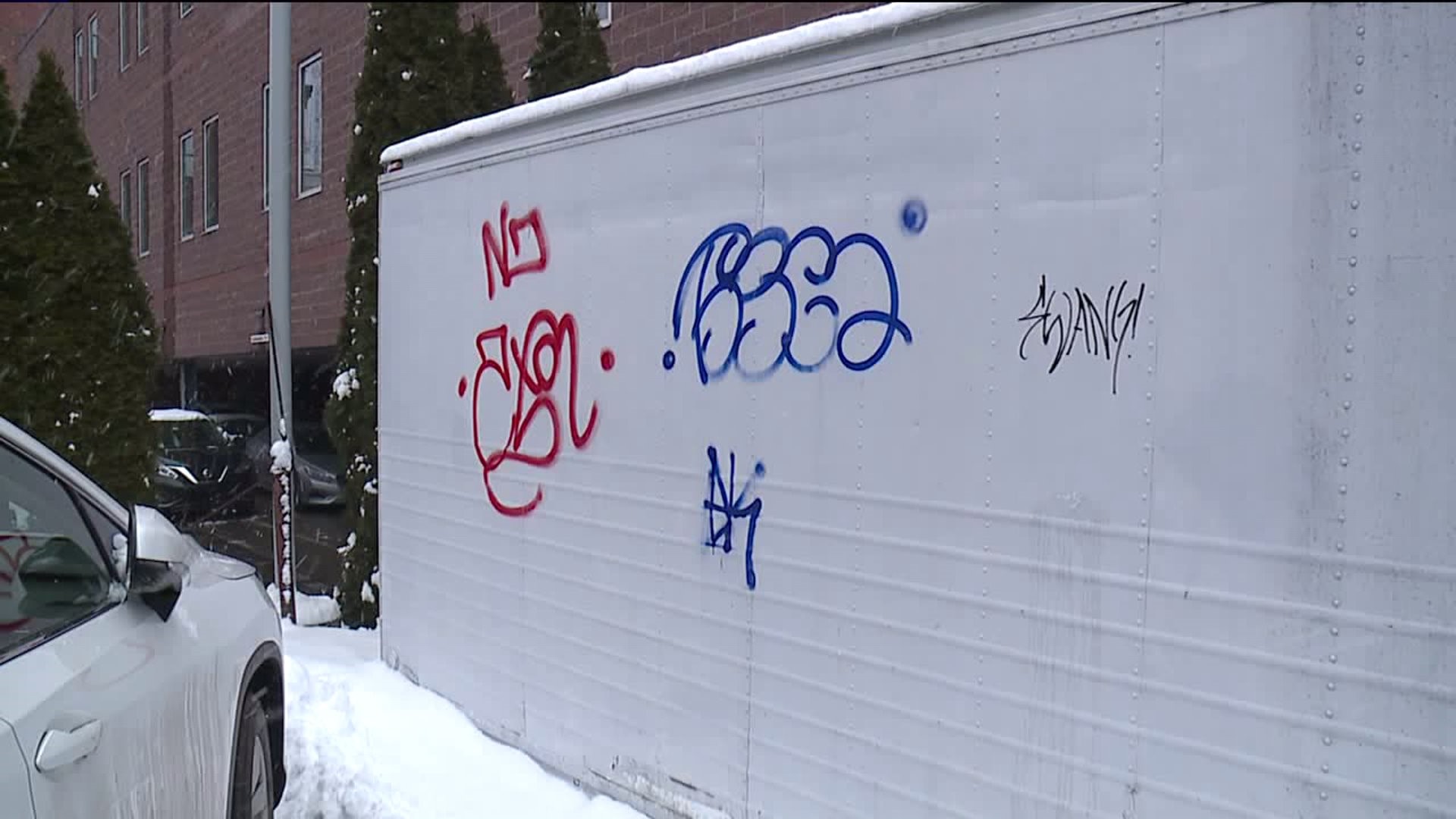 SCRANTON, Pa. -- Part of downtown Scranton was covered in graffiti over the weekend. An effort to clean it up is already underway, in hopes to deter the vandals entirely.

Amid all the white covering downtown Scranton, some business owners saw red and blue covering the sides of buildings on the 200 blocks of Lackawanna Avenue and Center Street.

Graffiti tags covered Empire Watchmakers, the back of the Scranton Enterprise Center, and a box truck belonging to Starr Uniform.

"We've had it happen before, and it is a little bit of time. It's a pain in the neck to try to get it off, but it is what it is," said owner Sam Starr. "I really question what pleasure somebody gets out of putting nonsense on edifices. I would feel a lot better if I knew what it meant."

The graffiti is mostly frustrating to folks downtown including Thom Welby, chief of staff for State Representative Marty Flynn. His office has made cleaning up graffiti somewhat of a hobby.

Welby spotted the tags Sunday afternoon and painted over the marks on some planters lining Lackawanna Avenue. This, he says, is just a start.

A utility kiosk over on Wyoming Avenue used to be a target for graffiti until an artist painted a mural on it. Some say this could be the secret to a long-term solution to graffiti.

"Just the one day that this happened, they wanted to do some kind of campaign, not sure how it will work out, maybe with students or some creative people, to come out and either do murals or a creative way to paint them. And we have found when a mural is painted on an object like this, they leave it alone," said Welby.

Some of the business owners in this area say they plan to review security footage to see if the vandals were caught on camera. If so, they plan to turn it over to Scranton police.