The clinic was held at the Abington Heights High School. 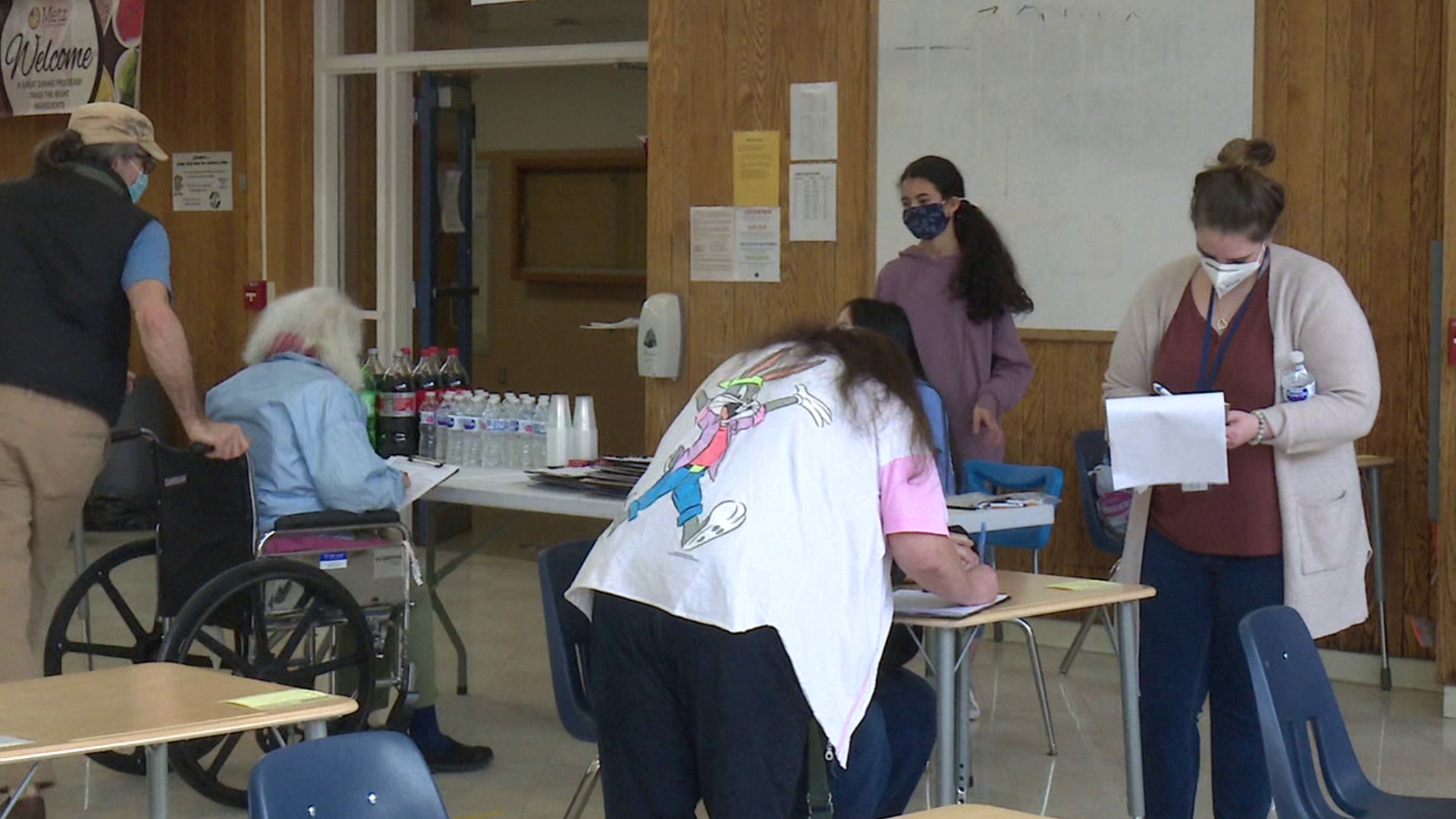 A vaccination clinic was held in a part of Lackawanna County on Saturday.

Appointments at the clinic were originally only available for those 65 and older, but the pharmacy later opened it to everyone eligible in Phase 1A.

Pharmacist Eric Pusey says that was because there were still plenty of appointments available.

"We were hoping to get 4 or 500 folks today, primarily from the Abington region. The good news is that our numbers are actually lower than expected because many people have been vaccinated because we have great resources here in the county," said Pusey.

Pusey says Lackawanna County is on track to meet the governor's goal of having first-dose appointments on the books for everyone in Phase 1A by next week.