SCRANTON — A group of people from our area booked a cruise from New York to the Bahamas through Norwegian Cruise Line. They pictured a cruise to the Carib... 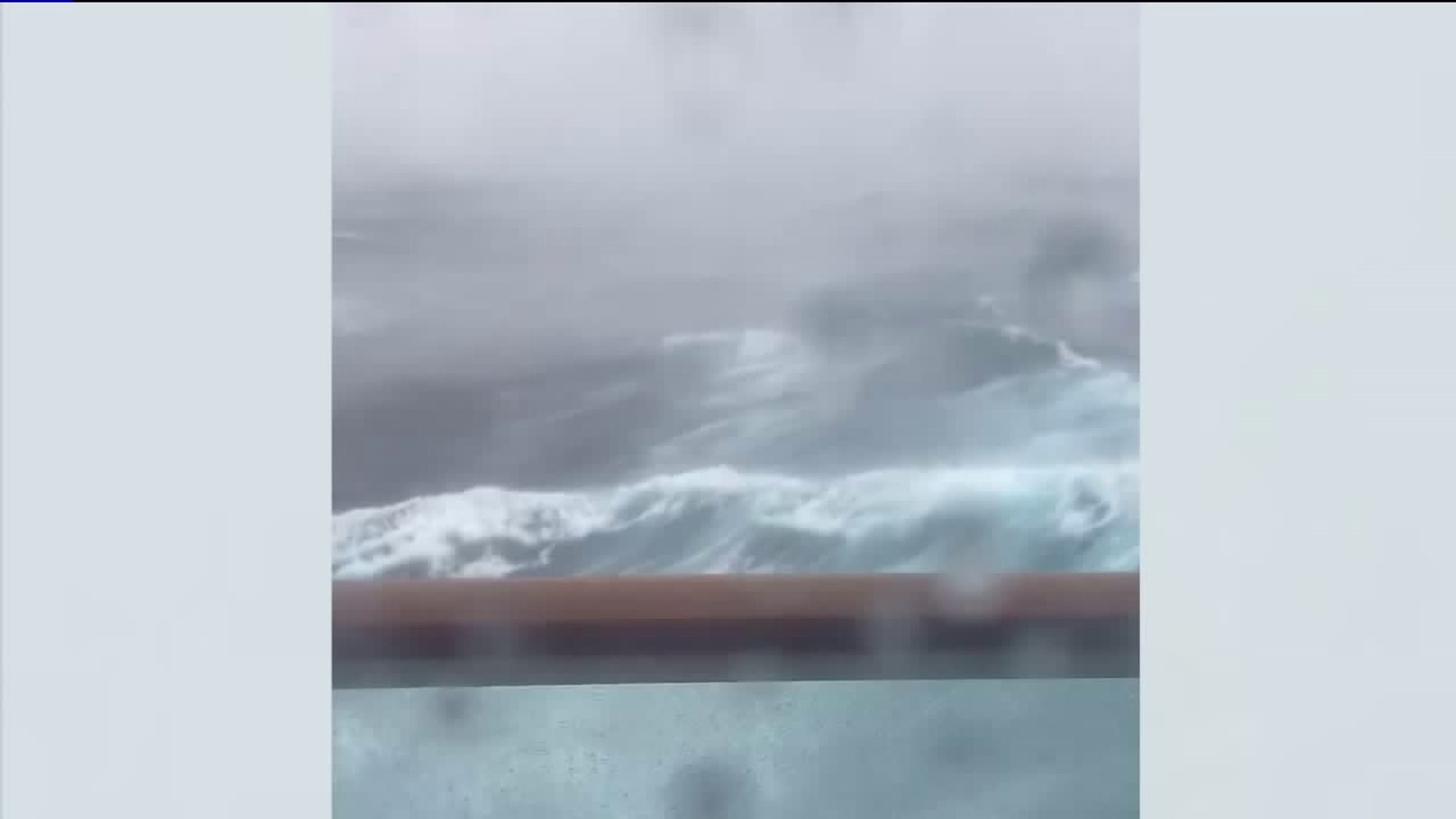 SCRANTON -- A group of people from our area booked a cruise from New York to the Bahamas through Norwegian Cruise Line. They pictured a cruise to the Caribbean to celebrate the new year, but now, they're still recovering from their harrowing experience at sea.

Those passengers tell us that they feared for their lives after the cruise ship they were on encountered the brutal nor'easter last week. The tumbling waves and brute force winds are something they'll never forget. And the lack of communication with Norwegian Cruise Line concerns them.

"Sincerely, it sounded as if the boat was just going to break in two."

Brenda Walsh-Matias booked a Norwegian cruise from New York to the Bahamas, hoping for a relaxing getaway to start the new year. Instead, she and the other passengers aboard the "Breakaway" ship experienced three days of terror on the Atlantic Ocean.

On their way back to New York at the end of last week, they sailed through a massive nor'easter also known as the bomb cyclone.

"It was the scariest thing I've ever experienced," Walsh-Matias said. "The waves were over 40 feet and it was continuous -- children crying, people seasick, vomiting all over the boat.

"We sincerely apologize to our guests for these stronger than expected weather conditions and any resulting discomfort they may have experienced."- Norwegian Cruise Line

The Coast Guard says that waves on the Atlantic were up to 40 feet. With winds howling and the cruise ship rocking, passengers feared for their lives.

"The main night that the storm happened, I woke up and things were falling out of the closet and onto me and I literally started saying prayers because I was so scared," Julia Weidow recalled.

"Generally, 3 year olds run around and they bounce around and in that kind of condition, you couldn't have him running around. He'd end up falling into something, getting more hurt."

In a statement, Norwegian Cruise Line said, "We sincerely apologize to our guests for these stronger than expected weather conditions and any resulting discomfort they may have experienced."

Walsh-Matias can't believe how the cruise line has handled the situation.

"I felt that it was extremely irresponsible to bring 4,000 people, including children, through that storm. It was so ferocious. I can't even explain it."

That nor'easter and the so-called "bomb cyclone" was in the forecast for days last week.

Walsh-Matias requested a refund from Norwegian but only received an offer for a $500 credit toward a future cruise. Weidow has filed multiple complaints.