SCRANTON, Pa. — The crew of a submarine named after the Electric City are visiting the ship’s namesake this week. Students at JFK Elementary and Wes... 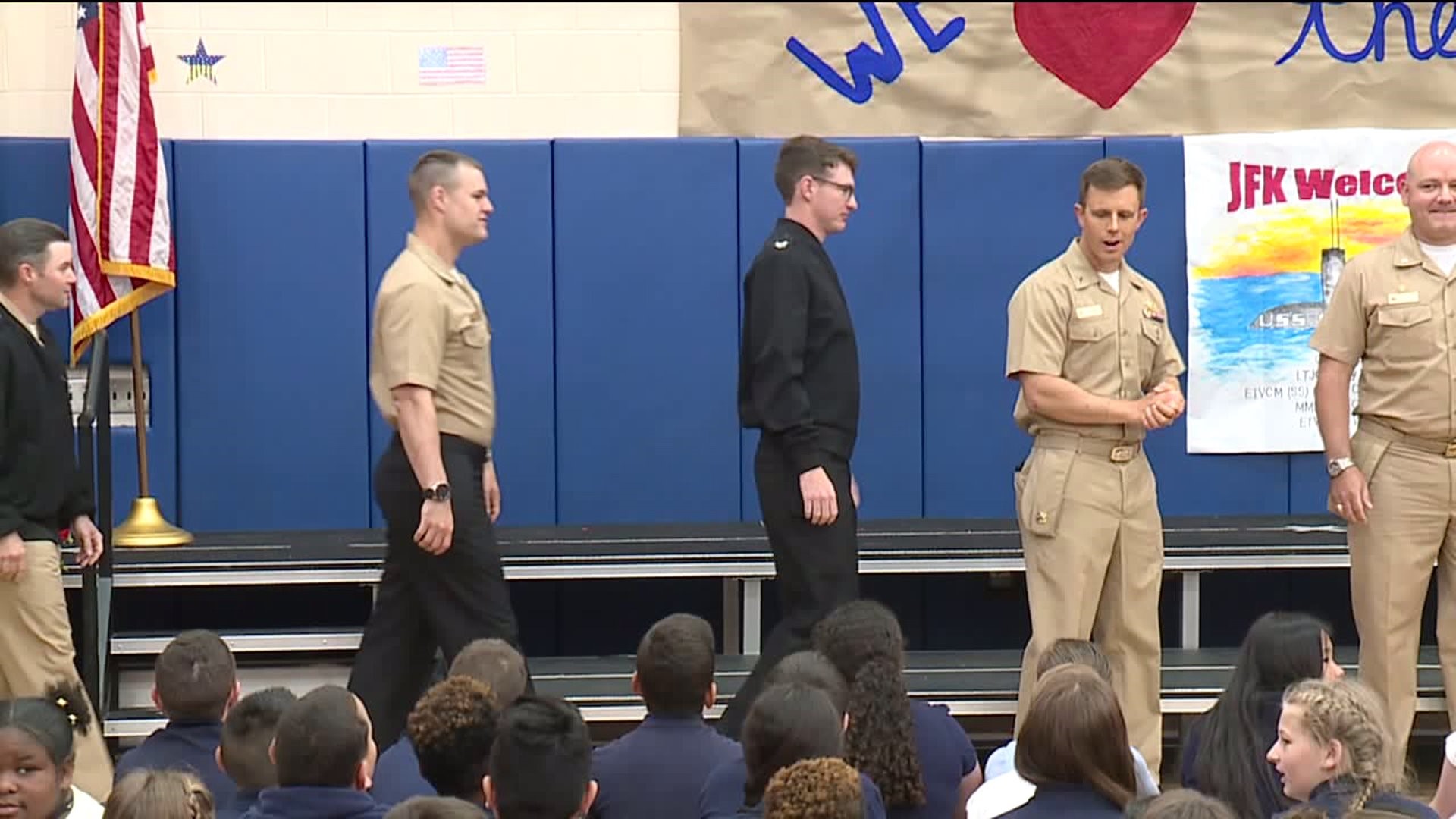 SCRANTON, Pa. -- The crew of a submarine named after the Electric City are visiting the ship's namesake this week.

Students at JFK Elementary and West Scranton High gave a rousing welcome to Cmdr. Aaron Peterson and some of his shipmates from the USS Scranton.

The commander and his shipmates from the USS Scranton are visiting Scranton this week from San Diego. They’re at JFK Elementary School this morning talking to students. @WNEP pic.twitter.com/OzGz0s1wnO

The crew members are visiting from San Diego.

The sailors answered questions about the sub and their jobs on board as well as talked about the importance of STEM and hard work.

The commander tells Newswatch 16 this is his first time in Scranton.

"I actually have a bunch of Scranton history books in my stateroom and I've read all of them and it's neat to be here and see the buildings and the furnaces and all of the stuff I've read about," Cmdr. Peterson said. "We're here really to remind the people of Scranton that they have a billion dollar submarine named after them," the commander added.

"This is our home city, and it's a good city. They named (the submarine) after our city," said fourth grader Joseph Banull.

The students wanted to know how big a submarine is, how deep in the water it can go, and if anyone gets seasick.

"Submarines can go really deep. They don't really get seasick under the water, but they do get seasick above the water, which is really interesting," said fifth grader Karina Price.

In honor of the special visit, the school is flying the Navy flag along with the American flag.

"I like learning about this. I don't think I would ever like being in the Navy, but I like that he is in the Navy," Karina added.

"I slept on the USS Intrepid with Boy Scouts and the USS New Jersey. That's a battleship. They're all so amazing and I like to see Navy men and Army men and Air Force people. It's just amazing," Joseph said.

The crew are also scheduled to stop by the University of Scranton before leaving on Wednesday.

Newswatch 16's Mike Stevens toured the USS Scranton On The Pennsylvania Road back in 2003.