Scott Binsack made headlines in 2007, when he was accused of passing bad checks, and leaving unfinished projects as a builder in Clarks Summit. He’s once ... 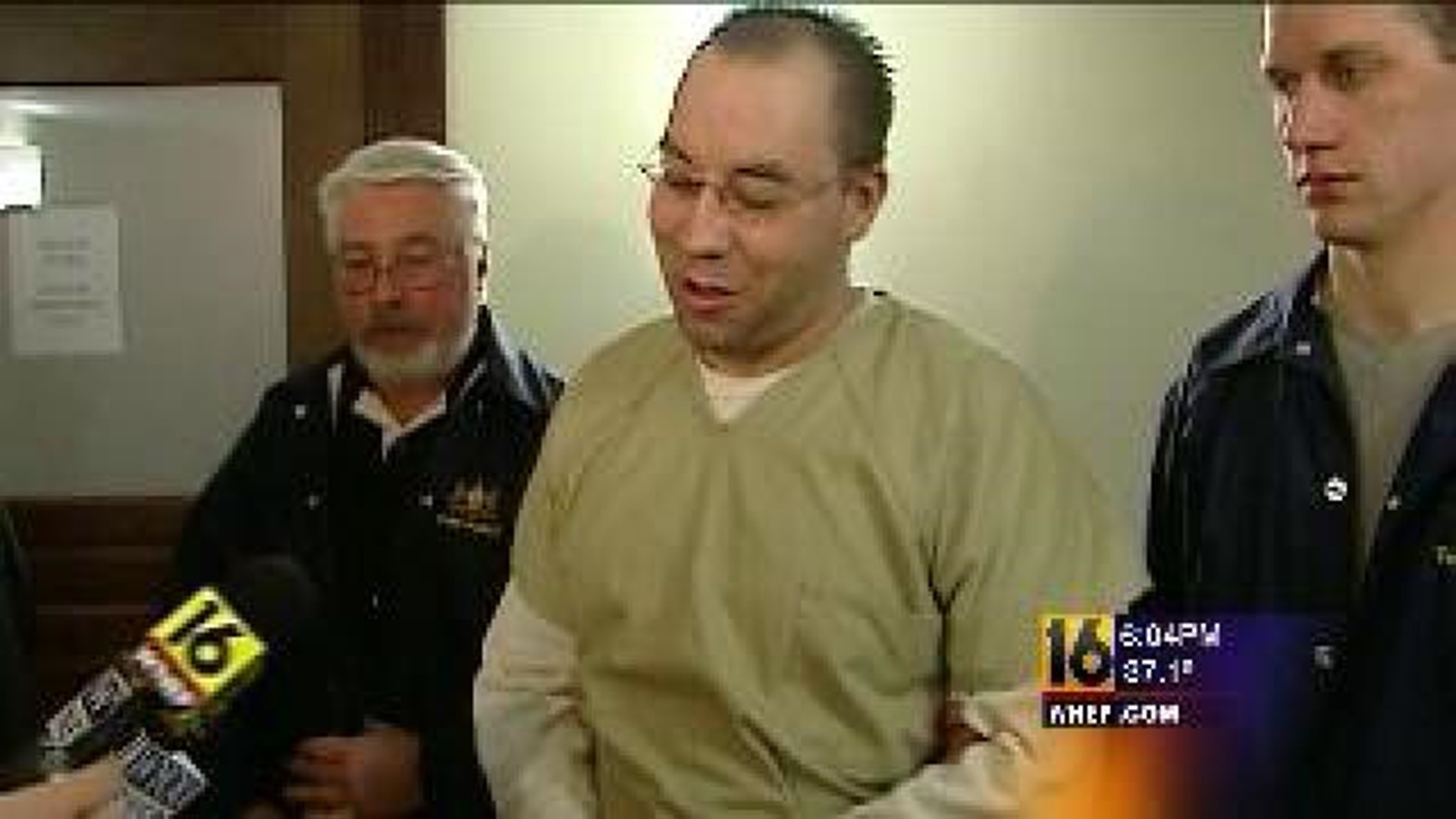 Scott Binsack made headlines in 2007, when he was accused of passing bad checks, and leaving unfinished projects as a builder in Clarks Summit.

He's once again a wanted man, and U.S. Marshals are now involved in the manhunt.

In a dark video shot in a place he calls "an undisclosed location," fugitive Scott Binsack explained why he didn't meet with a parole officer last week.

"My sources tell me that I am going to be smashed with fraudulent, trumped-up allegations," said Binsack on a video uploaded to the website YouTube.

Binsack blames leaders in Shamokin, where he and a partner launched a plan to raise $13 million to revitalize the city in Northumberland County.

Authorities in Lackawanna County arrested Binsack in 2007 claiming his construction business was a fraud.

Authorities said he and his company "Mansions and Estates" bounced checks, stiffed workers, and left people he promised to build homes with undeveloped lots.

Binsack spent three years in the Lackawanna County Prison, and after his release on parole, he became an advocate for inmates in the wake of the near-deadly beating of a child molester at the hands of a convicted killer.

This summer, after he presented his development plan in Shamokin, city officials panned it, and Binsack accused them of corrupt activities.

"And I do have the evidence and the connections, and the ties to the evidence on these people," said Binsack on YouTube.

To some in law enforcement, Binsack's activities flout the law, and Wednesday afternoon, the U.S. Marshal's Service in Pennsylvania's Middle District has jumped on board the case, and is now joining state parole officials in searching for Binsack.

Authorities are not sure if he's hiding in places he's lived like Clarks Summit or Shamokin, or if he has fled the area, and is taunting law enforcement, and critics with the videos he uploads to YouTube.