Students at the University of Scranton came up with a way to promote downtown restaurants and encourage their peers to get out and explore the city. 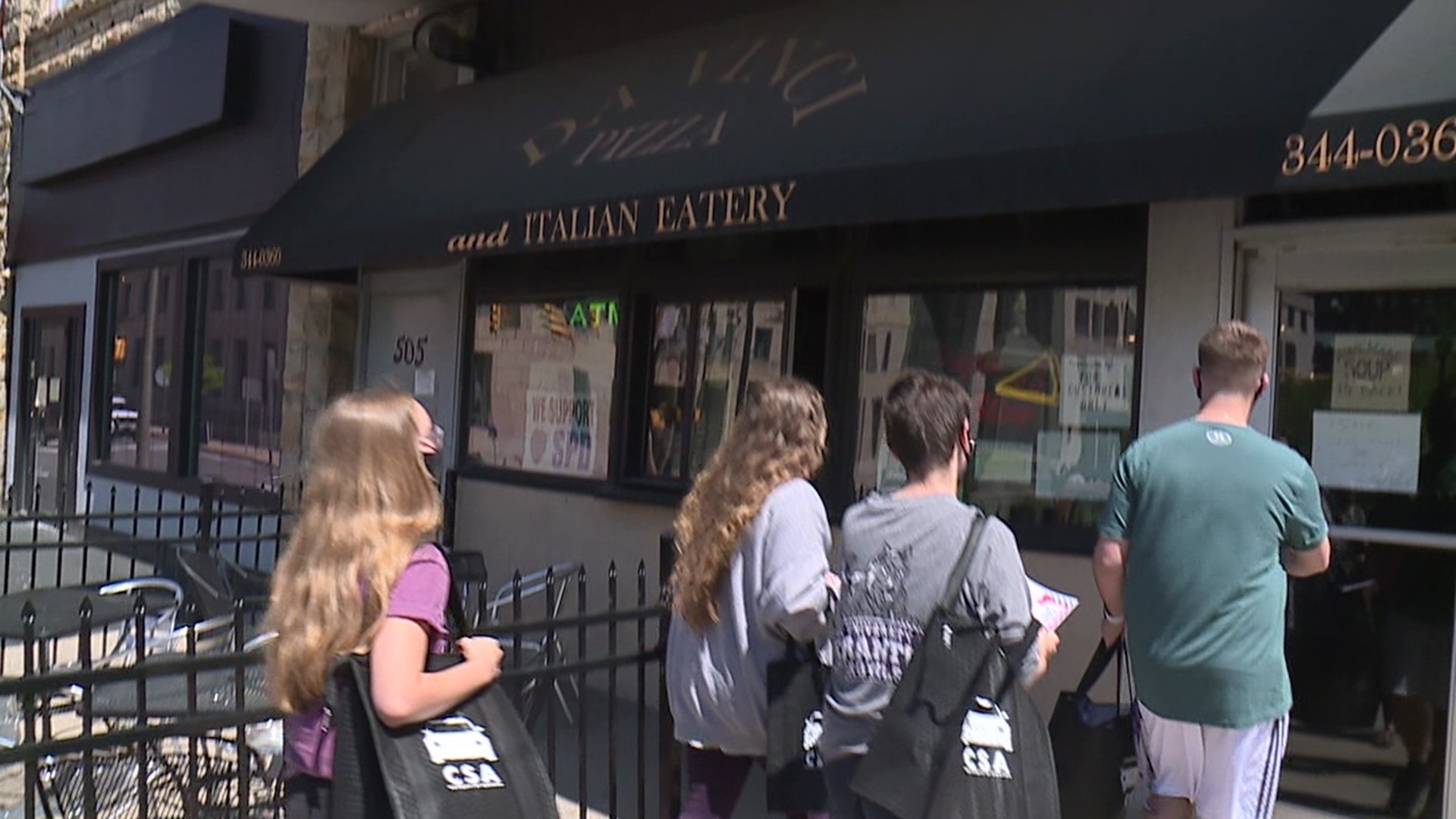 SCRANTON, Pa. — Mozzarella sticks at Da Vinci's Pizza, followed by an ice cream cone at Scoops on Spruce, were just a few of the items on the menu for 100 students at the University of Scranton.

The university's Commuter Student Association sponsored meals at more than a dozen downtown eateries as part of a new event called "Restaurant Fest."

"We decided we wanted to do something in person to get the students away from their computer screen for a little bit. And we also wanted to help out our local community. A lot of the restaurants have been really devastated by the pandemic; they had a close for months. So we want to find a way to bring all the students that are from New York, Jersey,  South Pennsylvania into downtown and introduce them to the food there," said Mollie Boyd, a senior and president of the CSA.

"I think especially right now, like now that the weather's getting warmer, a lot of people trying to do more outdoor activities, and a lot of restaurants, the restrictions have been lifted, so I think it's important for them to be exposed to those places downtown," said Sarah Ferraro, vice president of the CSA.

Small businesses were more than happy to host the students on their downtown tour.

"It really does help, especially with everything going on. It's been a little slower, but it definitely has been helping bring in business. It's great to have the university kids around," said Kayla Heim, co-owner of Scoops on Spruce.

"It's great exposure. It's great to show the kids what we have to offer," said Frank Mazzone, owner of Da Vinci's Pizza.

And it's not just about encouraging students to support small businesses but also encouraging them to get out of their dorm rooms and explore downtown.

"It doesn't even compare to like the virtual events like this. It's just it's incredible. I love the feeling," said Ferraro.

"It's so nice to see everybody again. I know I can only see like half their face, but just to get out and get moving - it's kind of draining sitting in front of the screen all day. So just to get up on your feet and out in the nice weather, it's such a nice change of pace," said Boyd.

And restaurant owners downtown hope that change of pace continues, and these students become returning customers.