Here in Rick Santorum’s home state of Pennsylvania, news that the conservative candidate is dropping out of the Republican primary race for president is getting... 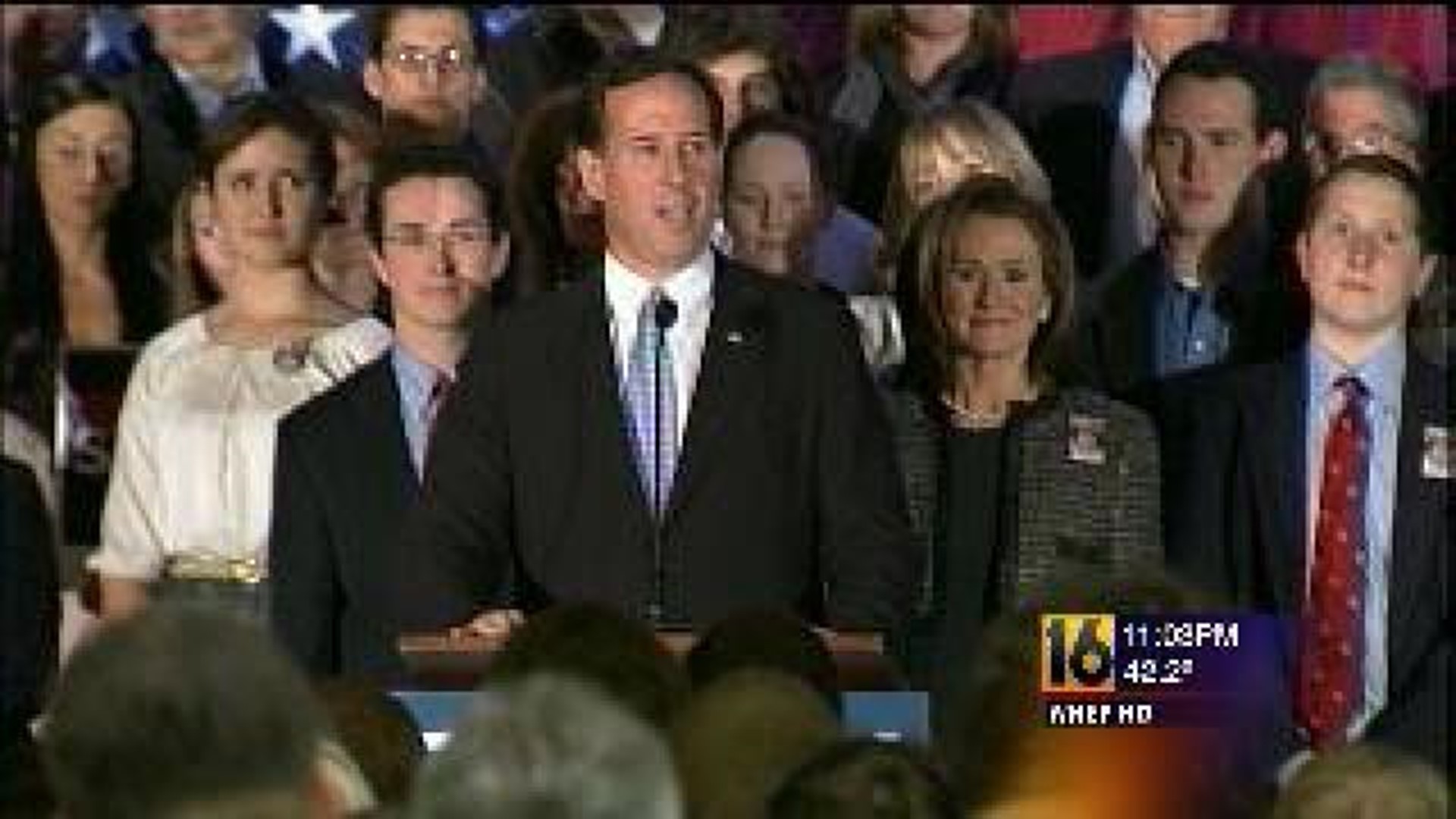 Here in Rick Santorum’s home state of Pennsylvania, news that the conservative candidate is dropping out of the Republican primary race for president is getting mixed responses.

“While this presidential race for us is over, we are not done fighting.” With that announcement, Rick Santorum's race for the White House came to an end.

At the University of Scranton, political science professor William Parente said the decision by the conservative Republican isn't surprising.

With the former Pennsylvania senator lagging behind opponent Mitt Romney and Santorum's three-year-old daughter's health at issue, Parente said this was the right choice.

“It looks from the polls like he`s going to lose the state and so he can now say, 'for family reasons, I'm suspending the campaign,'”said Parente.

On the streets of the campus, young Republicans have an opinion as well.

“We got to consolidate the forces, Paul's not really a threat, Gingrich, did he drop out yet?” laughed graduate student Dan Fraustino. He added Republicans need to pull behind Romney, a fiscal conservative, who can fix the current financial problems Americans are facing. “The debt, the trillions of dollars that's spent every year, promises broken.

Other students at the university, a Catholic institution, want a candidate like Santorum, who is a social conservative.

“Oh yeah, definitely,” said junior Allison Haegler. “I think that's definitely important. You want somebody that sticks to their values, that's for sure.”

But Parente said it may have been sticking to those values that cost Santorum votes.

“You can't tell a population, 98 percent of whom are using contraceptives, that you're against contraceptives,” said Parente. “It doesn't make any sense to me.”

Parente added with Santorum gone, some of his conservative votes will likely go to Newt Gingrich.

Still his prediction for the November showdown for the oval office. “Ultimately, again, everybody knows this now, it's going to Romney versus Obama,” said Parente.

Voters in Pennsylvania will make their decision during the primaries on April 24.