University of Scranton renames gateway to honor class of 2020

The announcement made during the university's virtual commencement. 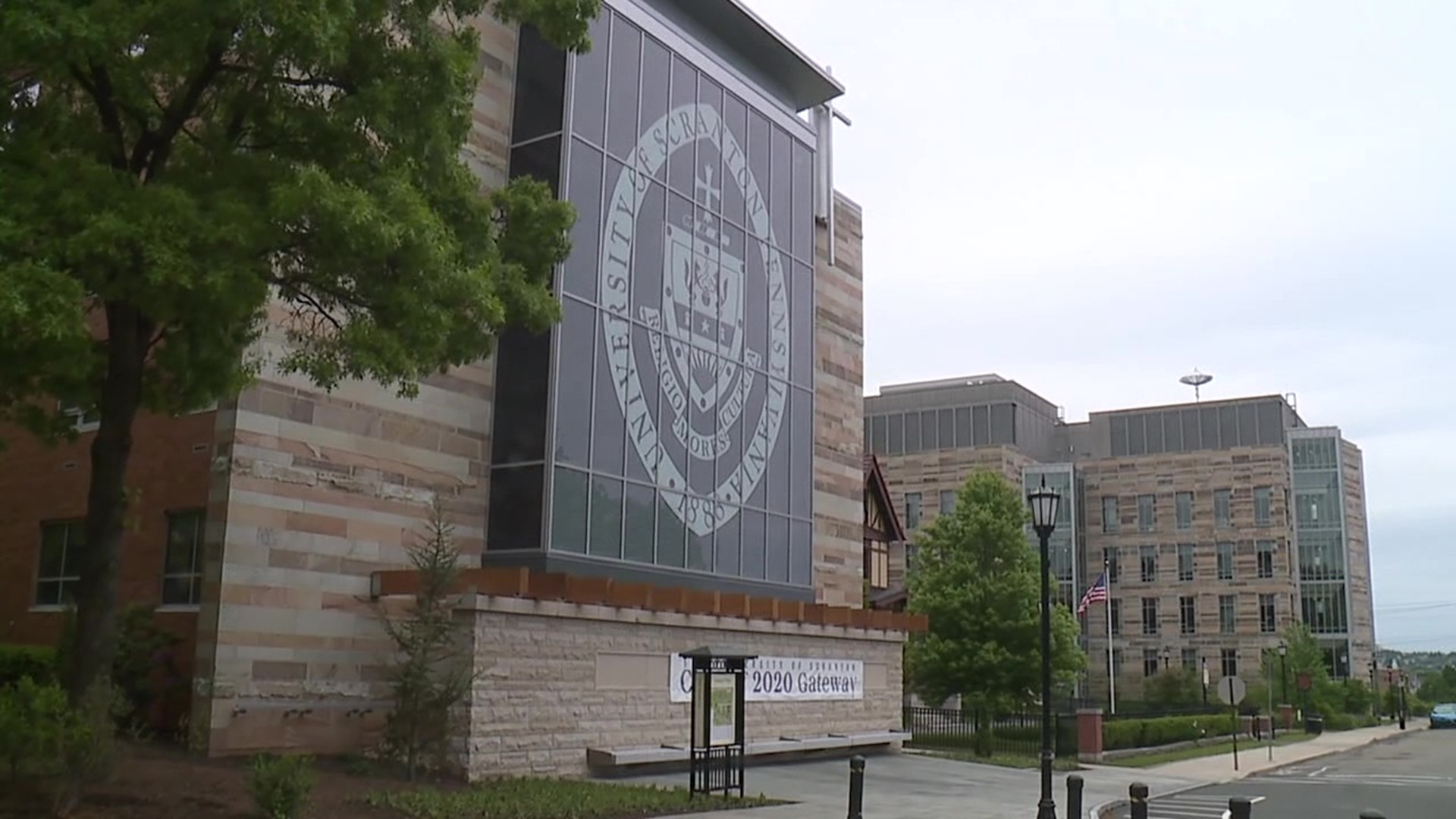 SCRANTON, Pa. — Members of the University of Scranton Class of 2020 sat at home in front of their own computers to take in their own graduation.

It wasn't the commencement they expected. So, to make up for it, university administrators built a surprise into the ceremony.

The University of Scranton decided to rename its gateway on Linden Street to honor the Class of 2020.

It's long been known as the St. Thomas Gateway and was just renovated last year. It will now be known as the Class of 2020 Gateway.

"I think we would have to go far back in the university's history to find a class that overcame so much in the way of difficulties and obstacles and this class really in acquitted itself incredibly well," said University of Scranton President Rev. Scott R. Pilarz, S.J.

Graduates said it's a big honor to have their class year on one of the most visible part of the university's campus.

"While the renaming was definitely a huge surprise, I think it was a welcome one. The university definitely showed us that while we were not able to be there in person, the university would be there for us today and forever," said Class of 2020 student body president Fahad Ashraf.

Ashraf, of Clarks Summit, said though his final semester was definitely a challenge, he and his classmates learned an unintended lesson.

"I think the past few months have shown that community can live on without physical distance, and so, it doesn't matter where we are, we support each other in whatever ways we can. We were able to meet the demands of remote education and still maintained that bond as students and as a class," he added.

The University of Scranton will permanently etch the Class of 2020 name on the gateway later this year.