ARCHBALD — A group of people grabbing lunch in Lackawanna County saw something they had never seen before, smoke billowing out of the ground, and called 9... 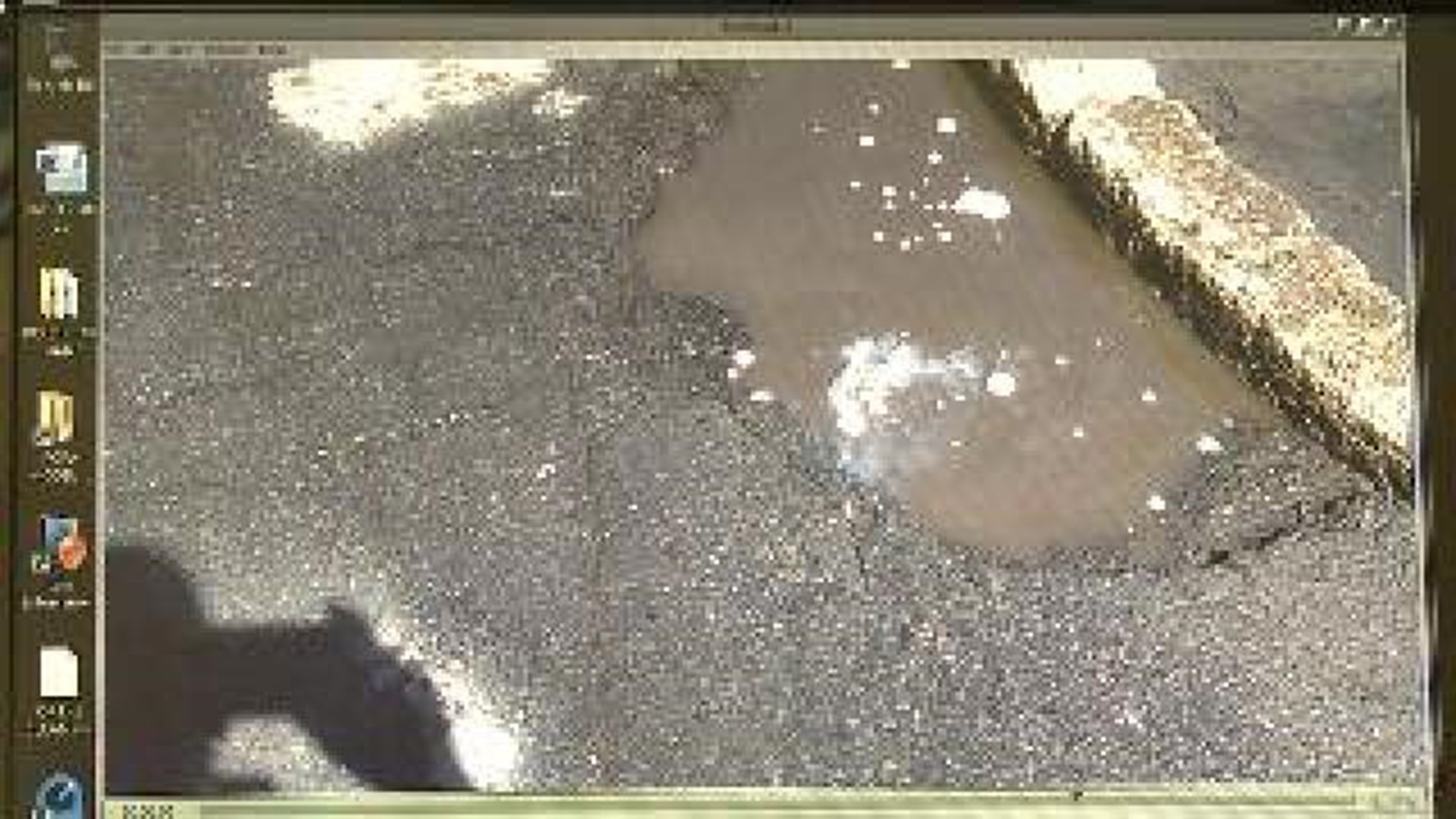 ARCHBALD -- A group of people grabbing lunch in Lackawanna County saw something they had never seen before, smoke billowing out of the ground, and called 911.

Police think those people helped put a quick end to an electrical fire that could have been very dangerous.

Firefighters in Archbald are calling it an underground electrical fire. But, that's not what it looked like around noon along Kennedy Drive.

People having lunch nearby noticed a puddle boiling and steam coming out of the ground then called 911.

"There were a couple ladies from the bank looking at it, I saw the smoke and the water was bubbling. It was just really weird, something out of a sci-fi movie," said James Pettinato, an employee at La Padrino's Restaurant where the group was eating.

Firefighters and a crew from PPL showed up and shut off power to the sign and street lights outside NBT Bank. After that, the boiling puddle cooled down.

Meaning the puddle was conducting a lot of electricity. And the customers who called 911 helped prevent a potential tragedy.

"I walk my dog here every day and if she had stepped in that puddle she would have been electrocuted. And the children, the bus stop is here and the kids cut through here all the time," said Linda Fawzon of Archbald.

Firefighters said the voltage from the underground line was enough to kill or seriously hurt someone if they stepped in the puddle. But, with power shut off it's safe.

The fire chief was glad someone was quick to call 911.

Since it's not every day you see a boiling puddle.

"Never underestimate anything, if it's out of the ordinary call 911. We will determine the process or the protocol on what should be done," Chief Bob Harvey said.

Firefighters said the area of Kennedy Drive is safe now.  But, it will likely need to be ripped up, they said the underground power line that caught fire will need to be replaced.