SCRANTON — People behind a museum operating in Scranton fear they’ll be forced to move out of the place they’ve called home for the last decad... 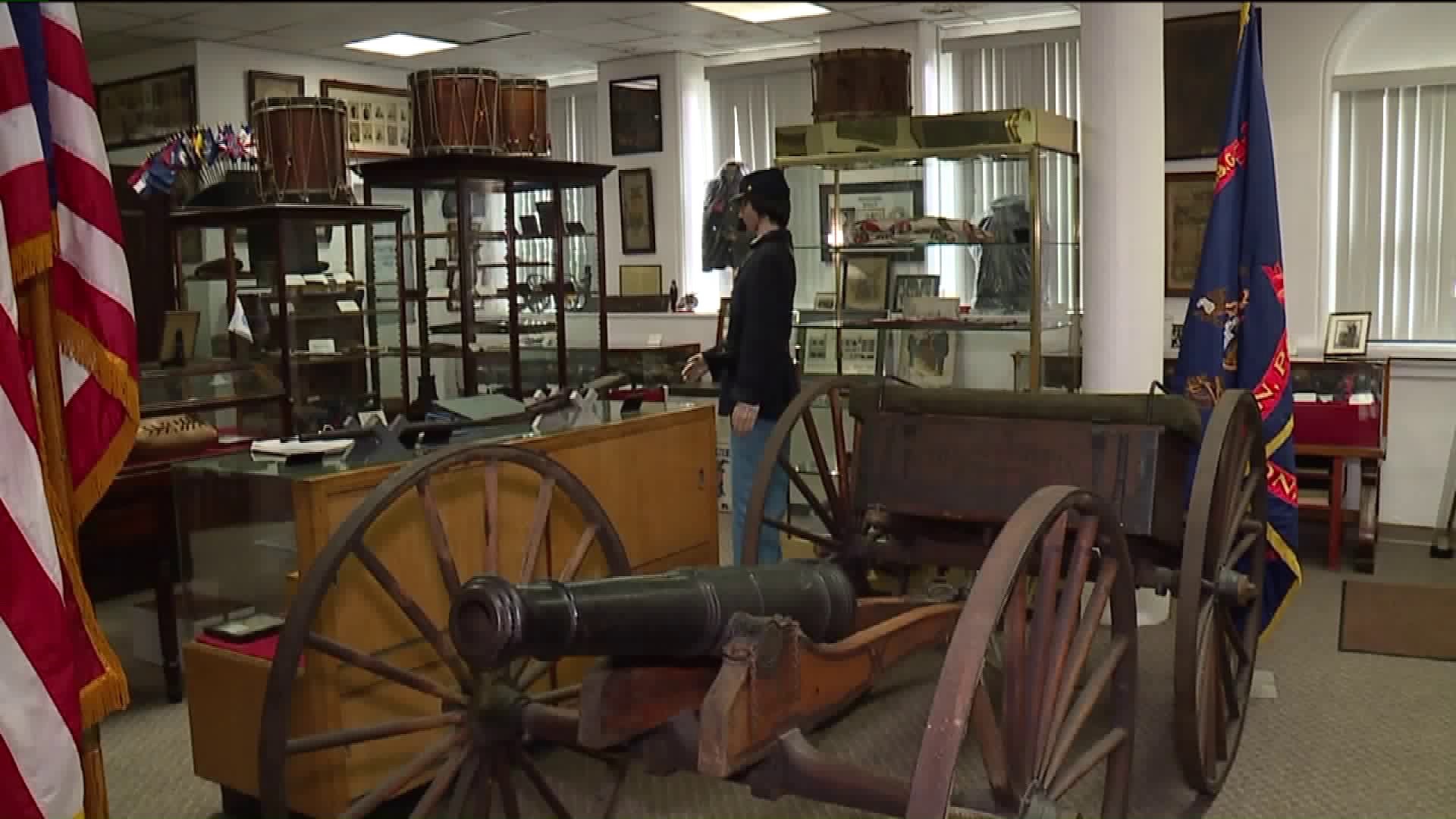 SCRANTON -- People behind a museum operating in Scranton fear they'll be forced to move out of the place they've called home for the last decade.

The group Sons of Union Veterans run the museum and lease a room in Scranton City Hall, but that lease expires in late November. Right now, they don't have another spot to go to or a place to put their valuable items in storage.

Tucked away in Scranton City Hall are hundreds of guns, busts, swords, and paintings -- pieces of Civil War history with ties to our area.

It is a small museum, and in recent years, Gerry O'Malley poured his heart into it, joining it so he could learn more about his great-great-grandfather.

And staying to tell others about the war through treasures here.

"It's not just coming in here and looking for artifacts. It's the story behind them," Kelly said.

The Sons of Union Veterans run what was the Scranton GAR (Grand Army of the Republic). That was originally a civic group of area civil war veterans after they returned from the war.

"We have been carrying on their tradition since 1866," said Hal Myers.

Myers says that tradition is now under siege. The group has been in City Hall since 2007, operating with a 10-year lease to stay without charge. The lease expires in two months.

"We're out on a limb. We have no idea what's going to happen to us," said Myers.

"I don't think that its fair for the city of Scranton to have these put away someplace where no one can see them," said O'Malley.

O'Malley and Meyers say they've been trying to meet with Scranton Mayor Bill Courtright to no avail.

Mayor Courtright says the group was concerned the city made its need for office and storage space at City Hall known.

Courtright asked Lackawanna County commissioners if they'd consider hosting the museum in the Globe building in downtown Scranton when county offices open there in about two years.

"We needed the space and he said that at the time when it's ready to contact him, and he'd let me know. But they have nothing to worry about," said Mayor Courtright. "We will never put them out, ever."

The Sons of Union Veterans are relieved with the mayor's verbal commitment, but members wish they had a signed lease that would ensure the museum would stay in the basement of City Hall beyond November.

Mayor Courtright says the city and the group need to work out terms of a new lease in case there is a better fit for the museum in Scranton.

The lease expires after city elections, and a spokesman for Republican mayoral candidate Jim Mulligan says Mulligan, like Mayor Courtright, is committed to letting the facility stay in the basement of City Hall.