The drivers say people are cheating the system in order to get a free ride. 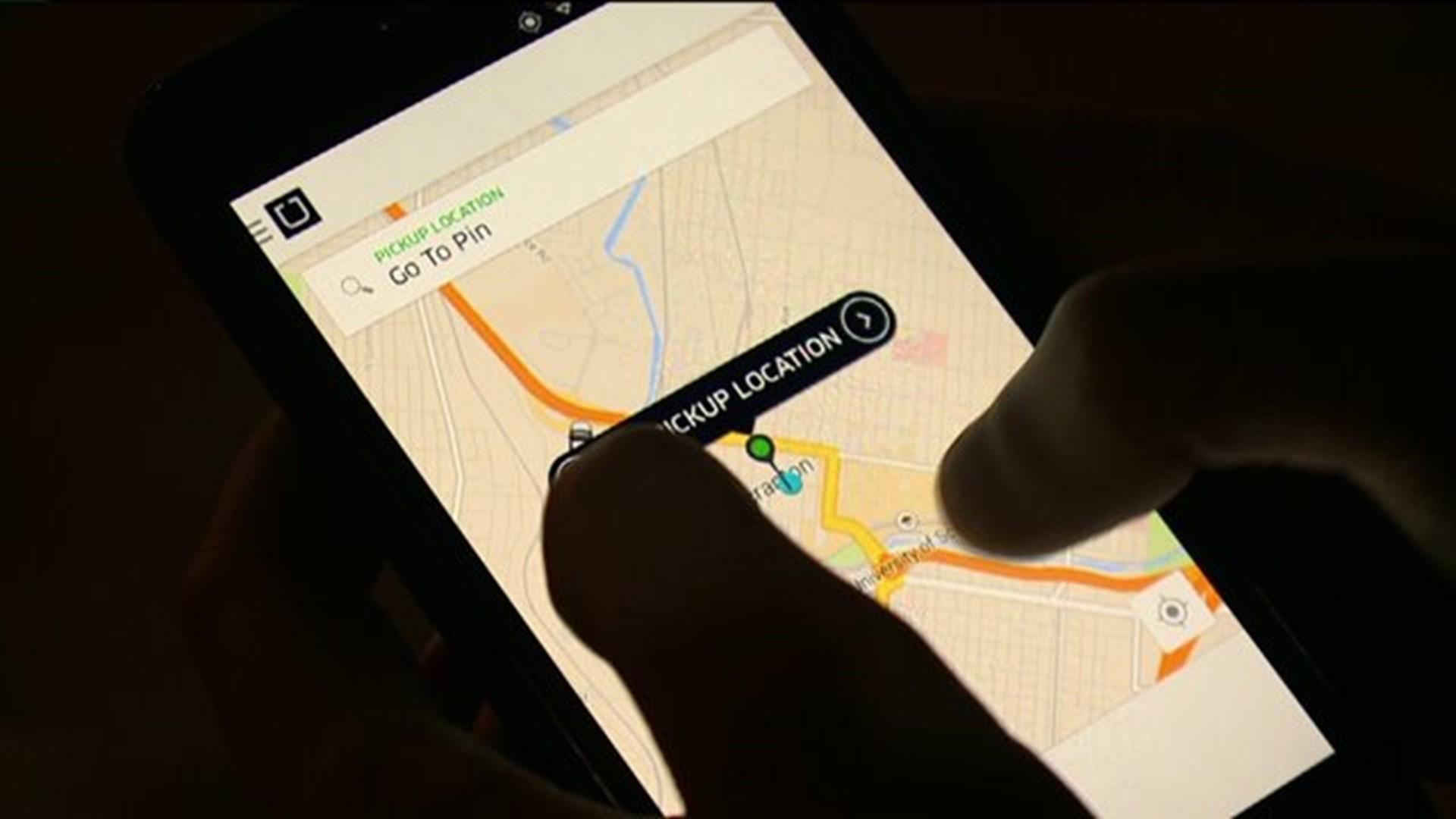 SCRANTON, Pa. — Local Uber drivers say they are getting taken advantage of by their riders, and it's costing them.

The drivers we spoke to describe it as a loophole in the Uber app that riders are taking advantage of.

Once the trip is over, the rider can report to Uber that the driver was impaired, and they'll automatically get a refund.

But drivers say as easy as it may be to get a free ride, it's just as hard for them to recover from the false accusation.

Eamonn Orr works at Pizza by Pappa's in downtown Scranton during the week. On the weekends, he drives for Uber. He's heard about fellow drivers falling victim to riders who cheat the system to get a free ride

After driving for four years, it finally happened to him this past weekend.

"A rider will report that their driver was under the influence of something during the ride and they get their ride refunded. And what happens to us is that Uber automatically suspends us for 24 to 48 hours," Orr said.

His account was reactivated once Uber investigated the claim.

Orr estimates he lost anywhere from $200 to $300 by not driving this past weekend.

"Now I'm worried because I've always been told that if it happens a second time, you're done for good, you'll get terminated. And I mean, you never know when it's going to happen, so now I'm always going to be wondering if my next ride is going to be my last," Orr said.

John Lennox also lives in Scranton. He typically drives for Uber six days a week and says he relies on Uber for nearly 100 percent of his income.

Lennox had his account shut off temporarily about a year ago after a rider claimed Lennox was impaired. He provided Uber with dashcam footage of the rider who can be heard bragging about how he gets free rides by making those false accusations.

A spokesperson for Uber tells Newswatch 16 that they take rider's complaints about safety very seriously and that it would be more concerning if they didn't properly investigate claims that a driver is impaired behind the wheel.

That's why Lennox says it has to start with the rider choosing to respect their driver.

"Drivers are people too. We're in it to keep food on our tables and roofs over our heads for our families and all. We're just out there just trying to make a buck just like they are," Lennox said.

Lennox and Orr say they're not alone. They've heard about similar experiences through ridesharing groups on social media.

Orr is considering filing a civil complaint in court to find out who the rider was that reported him, and then suing that rider for defamation. But he's not sure it'll be worth the cost in legal fees and he can't afford to lose any more money.