Tying the knot in the midst of the outbreak

The couple originally wanted to get married in Las Vegas but quickly decided the trip wasn’t worth it because of the virus. 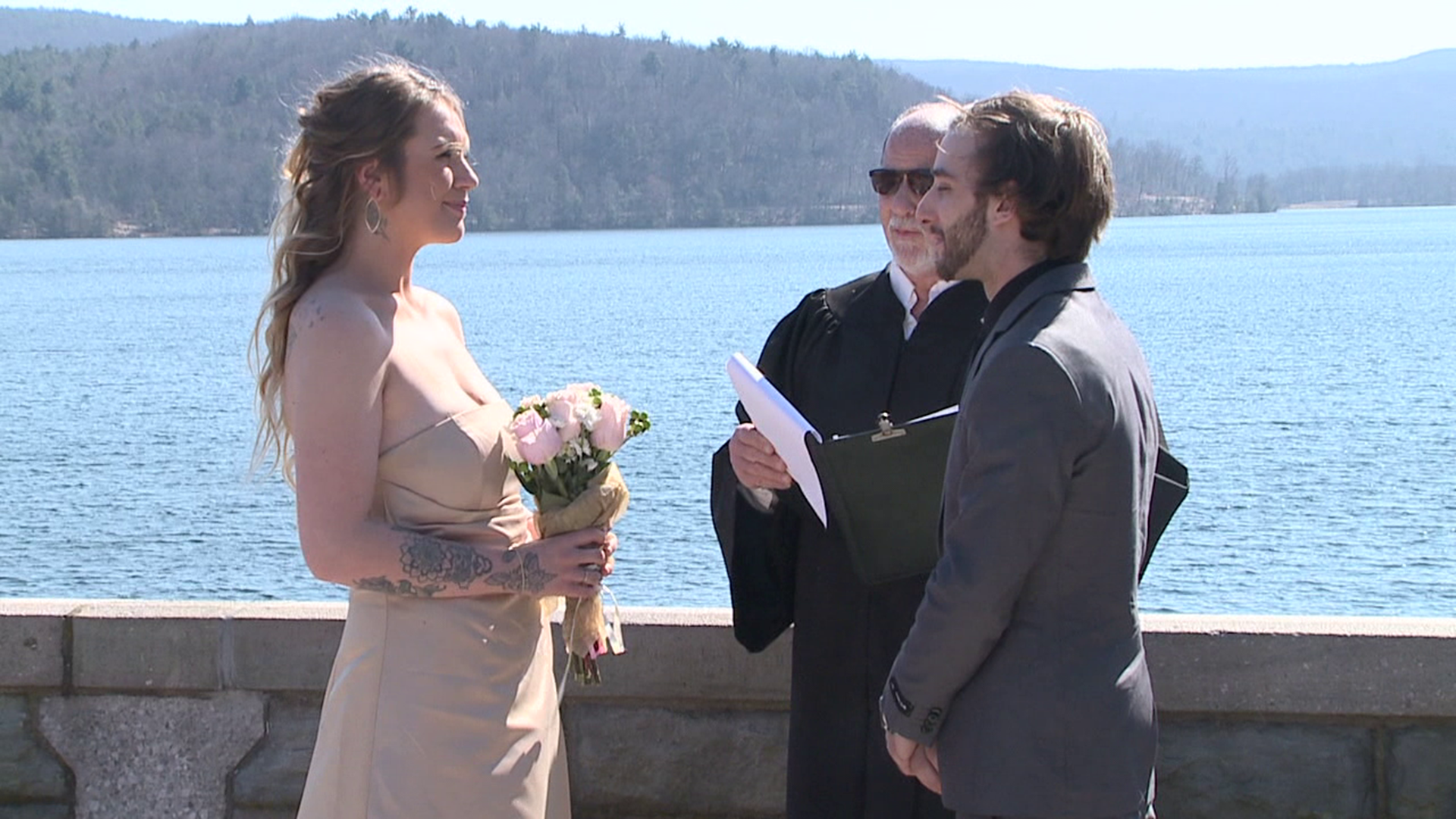 SCRANTON, Pa. — Many plans are changing because of the coronavirus, which includes weddings.

For one couple in Scranton, the show had to go on. Elena and Dylan Kiehart had to get married as soon as possible because Elena was on a 90-day fiancé visa from the U.K.

Dylan is from Scranton and Elena is from England.

They were able to tie the knot at Lake Scranton right in the middle of the coronavirus pandemic.

“The perfect day to get married,” Dylan Kiehart said.

The couple met while on a trip to Cambodia and stayed in a long-distance relationship until now.

They originally wanted to get hitched in Las Vegas but quickly decided the trip wasn’t worth it because of the virus.

The clock was really ticking on Elena's visa for the couple to say, “I do”.

“It was crazy! We thought that I would probably get deported back because you know we have 90 days,” Elena said.

With lots of scrambling and less than a day’s notice, Jayme Morano agreed to officiate the wedding.

Morano said he has officiated about ten weddings in the past two weeks because so many couples are in the same boat.

“There's so many people with this crazy coronavirus thing going on they had receptions planned they can't do it so a lot of them are just having a quick get-together,” Morano said.

Six people came to celebrate in-person and many more were watching on Facebook live.

“I was self-isolating like everybody else, but I went out to Target, trying to get some toilet paper and Dylan called me up and he's like, ‘bro I'm getting married in two hours,’ I'm like ‘OK, where?’ I'm like, ‘I'm in sweatpants, is that OK?’ and he's like, ‘Yeah! C'mon!’” Justin Adam Brown, a friend of the bride and groom, said.

“Never thought this would happen but we're thankful that it did, and it was such a beautiful day today,” The groom’s grandmother, Adela Garofalo said.

The ceremony was about 10 minutes long. People tried to stay six feet apart except for the special moment between the bride and groom.

“You may kiss your beautiful bride,” Morano said as the crowd cheered.

The bride and groom plan to make roots in Scranton. They said honeymoon plans are still in the works.