DUNMORE, Pa. — Roughly two weeks after a tornado tore through a park in Dunmore, the show is still a go for an annual spring carnival that got underway Tu... 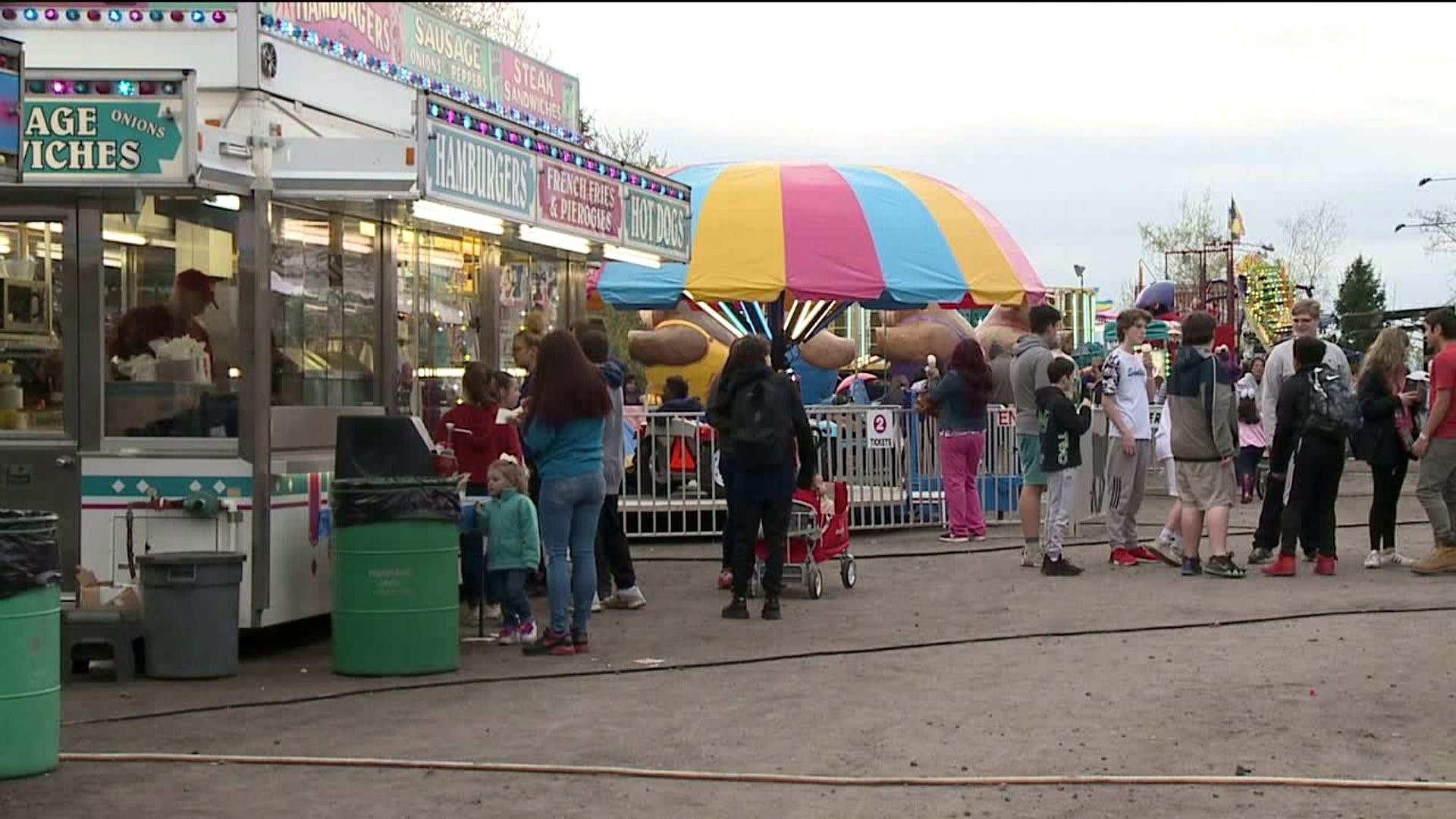 DUNMORE, Pa. -- Roughly two weeks after a tornado tore through a park in Dunmore, the show is still a go for an annual spring carnival that got underway Tuesday night.

Sherwood Park was left with heavy damage after an EF-0 twister tore through it earlier this month.

But on Tuesday night, it was a night of fun, family, friends, and of course, food at the park in Dunmore. The annual spring carnival is all for a good cause. It's a fundraiser for the Sherwood Youth Association which takes care of the park.

“Come every year. It's like a tradition. You got to support Dunmore,” said Larry Wynne from Scranton. “Dunmore supports Scranton. Scranton supports Dunmore.”

“It's good for the kids and that's all that matters, you know?” laughed Adam Borchardt from Dunmore.

This carnival comes just roughly two weeks after a tornado tore through the park, toppling large trees, damaging ball fields, and littering the ground with debris.

The youth association credits the large amount of community help in getting much of that cleared away in time to hold the carnival.

“Dunmore Borough came through flying colors. They were here every day,” said Matthew Fedor, the president of the Sherwood Youth Association. “It was a major clean up. I got to say more than a few individuals from the community that donated equipment.”

While most of the large debris has been hauled away, there is still plenty of work to be done at the park. That's why even while workers were setting up the carnival, people were in the park working as well.

“It was devastating to see the damage, to see what the wind had done, and to have that all cleaned up makes it looks like there's some hope for some new trees and things like that,” said Mary Clarie Jasienicki from Dunmore.

“They did a great job so far. I mean, there's still little things that need to be done, but for the most part, everything looks good to me,” said Borchardt.

The carnival runs through Saturday, May 4 in Sherwood Park.