Two Locked Up After Road Rage Incident in Lackawanna County

CARBONDALE — Two people were roughed up in a road rage incident in Lackawanna County. Around 11 p.m. Thursday, Carbondale police had just made an arrest i... 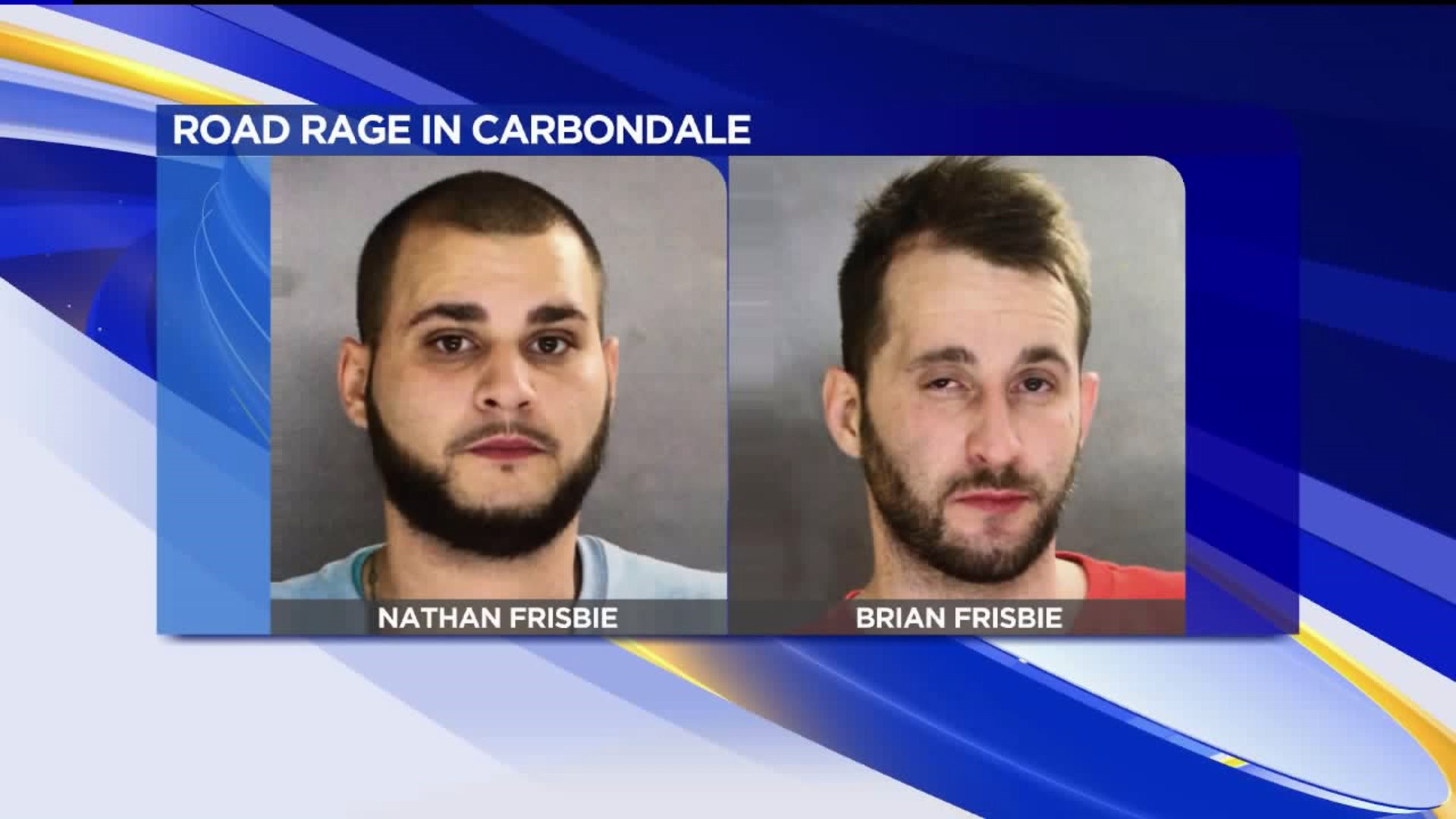 CARBONDALE -- Two people were roughed up in a road rage incident in Lackawanna County.

Around 11 p.m. Thursday, Carbondale police had just made an arrest in an attempted homicide. A man shot his wife along Dundaff Street in the city.

That's when officers got the call that a car chase was headed their way. They would make two more arrests before the end of the night.

Police say brothers Nathan Frisbie, 27, of Carbondale, and Brian Frisbie, 33, of Simpson, chased two other men for several miles, hitting the victims' car several times with a Jeep, now impounded at a lot in Carbondale.

The police chief tells Newswatch 16 it all started at the Fell Inn in Simpson.

The Frisbie brothers got in an argument with the two victims because of a fight between their families several years earlier.

They all got in their cars, and the Frisbies chased the two victims into Carbondale to the Summit Garden apartments.

"From there, it ended up on Salem Mountain, another mile and a half away. The victim then realized he could not outrun his pursuers and preceded to drive into town seeking the aid of the police," said Carbondale Police Chief Brian Bognatz.

Then, Brian Frisbie got out and started punching one of the victims. Police arrived a few minutes later. The victims were beaten up and suffering from whiplash.

Brian Frisbie is charged with aggravated assault. Nathan Frisbie, who police say was behind the wheel, is charged with reckless endangerment and a slew of traffic charges. Both are locked up.