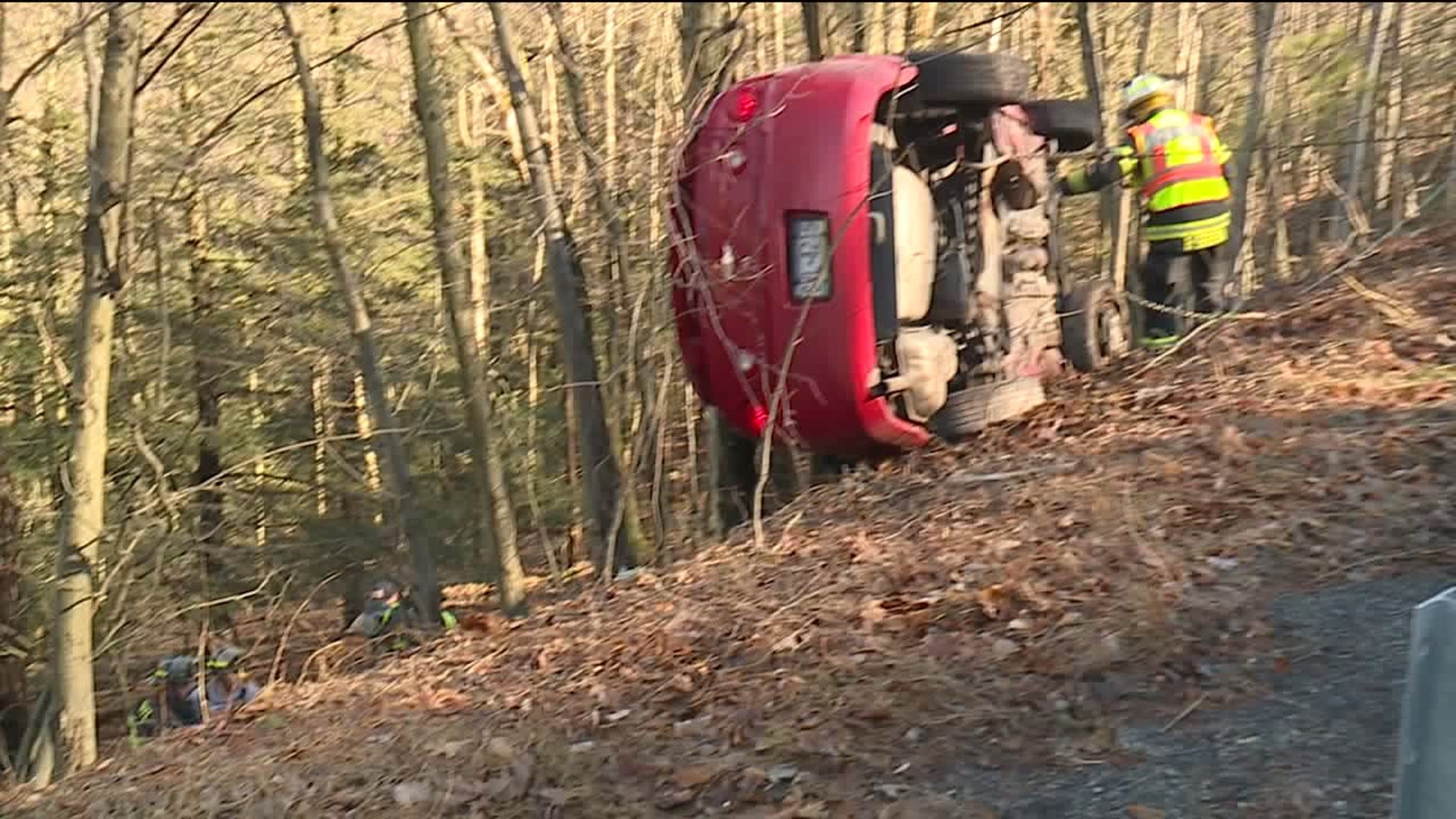 2 people rescued from down an embankment on Rt 502 in Spring Brook Twp after a crash. Both taken to the hospital. @wnep pic.twitter.com/D8RTqzQekk

SPRING BROOK TOWNSHIP, Pa. -- Crews were called to respond to a second crash in the same spot in just a few days.

Ice was to blame for a crash in Lackawanna County two days ago. On Friday, the culprit could be the sun.

Both crashes on Route 502 in Spring Brook Township happened in the same spot.

Two people were taken to the hospital after the crash Friday morning on Route 502, not far from the Moosic borough line. First responders had been there just two days before.

When first responders arrived and saw the wreck on the side of Route 502 in Spring Brook, they feared the worst, but the trees supporting the toppled car could just have saved the lives of the woman and man who were inside.

"The car probably would have been down over the embankment, it would have been a longer evolution, and probably, at that point, the outcome may have been much more negative than what we had today," said Lt. Michael Schank, Moscow Volunteer Fire & Hose.

The pair opened the driver's side door after the crash and tumbled about 20 feet down a steep embankment.

Firefighters used rope and a stokes basket to bring them up.

"We anchored off the guard rail in three different spots, make sure that when we brought the patient up, anything that happens, the rope stops the patient from going down, it also protects our rescuers as well," Lt. Schank explained.

State troopers say the driver of the red car actually hit the guide rail in the same spot another car did just two days prior.

The guide rail was already damaged and marked with pink paint as PennDOT planned to replace it.

State police will do an investigation to figure out just what caused this second crash. Both the driver and the passenger were taken to the hospital but both are expected to be OK.

"I've been in the department for 28 years," said Schank. "I've been on several in the area locally here, unfortunately, some have been fatal, some people have just been able to walk away from what would look like much worse of a situation."

PennDOT put the guide rail on Route 502 on its list for replacement after the crash on Wednesday now after the second crash, PennDOT officials say it will be replaced soon.