Two Charged in Deadly Shootout at ‘Castle’ in Scranton

SCRANTON, Pa. — Two men involved in a gunfight outside a club in Scranton have been charged in Lackawanna County. James Montalvo-Gaston, 20, of Scranton, ... 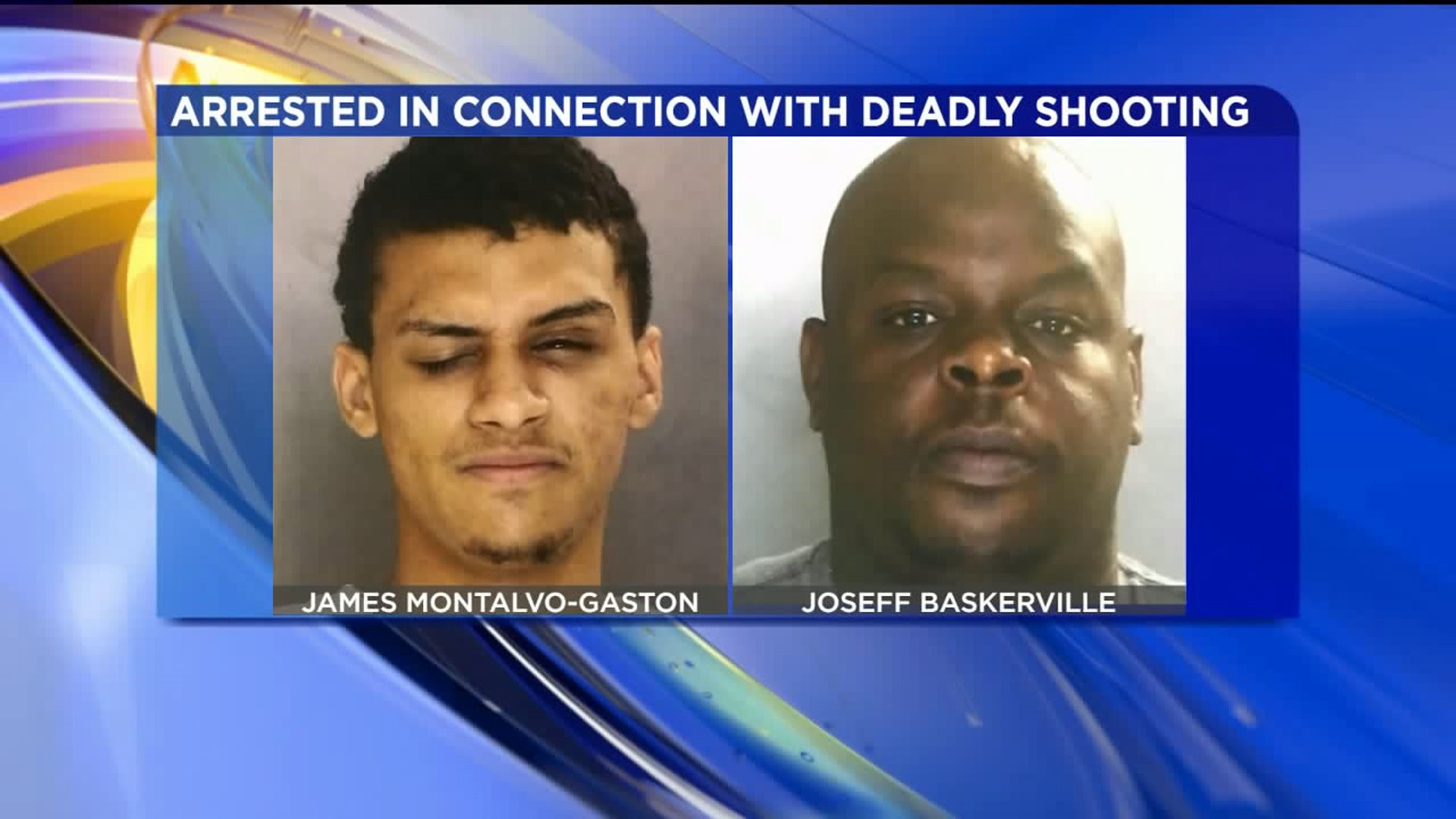 SCRANTON, Pa. -- Two men involved in a gunfight outside a club in Scranton have been charged in Lackawanna County.

James Montalvo-Gaston, 20, of Scranton, and Joseff Baskerville, 28, of Wilkes-Barre, were charged Thursday in connection with the shooting outside the Castle after-hours club on Main Avenue in Scranton back in May.

Parker Palermo, 20, died from wounds he received in the shootout. Police say neither of the men charged in the case fired the shot that killed him.

James Montalvo-Gaston and Joseff Baskerville -- men who never met, lives forever intertwined after a shootout outside the Castle on North Main Avenue in Scranton.

Court documents say this is what happened in the moments of chaos back in May.

Baskerville and a security expert left the nightclub and got into an argument with three men -- James Montalvo-Gatson, Kwayshawn Adams, and Parker Palermo.

Police say Baskerville and the security expert began to fear for their lives, as James Montalvo kept reaching for his gun, asking the pair, "Who wants to die?"

The security expert who had a gun permit pulled out his handgun. Shots were fired.

Police say Gatson was hit and the security expert went to offer first aid. That's when he was kicked in the head by Palermo.

The security guard fired two to three shots. One of those hit Palermo in the stomach, who later died at the hospital.

The other hit Adams in the shoulder. Police say he was shooting in self-defense.

Baskerville told police he fired around six rounds during the shootout. He did not have a license to carry a firearm in Pennsylvania.

Business owners tell Newswatch 16 the area is a lot more peaceful since the closing.

"I am glad that it has come to an end I am sure they had to do a thorough investigation," said Jim Lyons at Dee Jay's Hoagie Shop.

'It is very good those folks are now off the streets, so it much more peaceful and safer neighborhood," said Jim Baress.

Montalvo-Gaston, who was seriously wounded in the gunfight, is charged with aggravated assault, aggravated assault with a deadly weapon, possession of a firearm by a convicted felon, carrying a firearm without a license, terroristic threats, recklessly endangering another person, and two counts of simple assault.

Baskerville was charged with a single count of carrying a firearm without a license.

The club has been closed since the incident pending a court hearing. The district attorney said Scranton police responded to 203 calls at the club since 2016.