Turkeys Flying Out Door Before Thanksgiving

SOUTH ABINGTON TOWNSHIP, Pa. — Turkeys were flying out the door at Pallman Farms near Clarks Summit. The Monday and Tuesday before Thanksgiving are the bu... 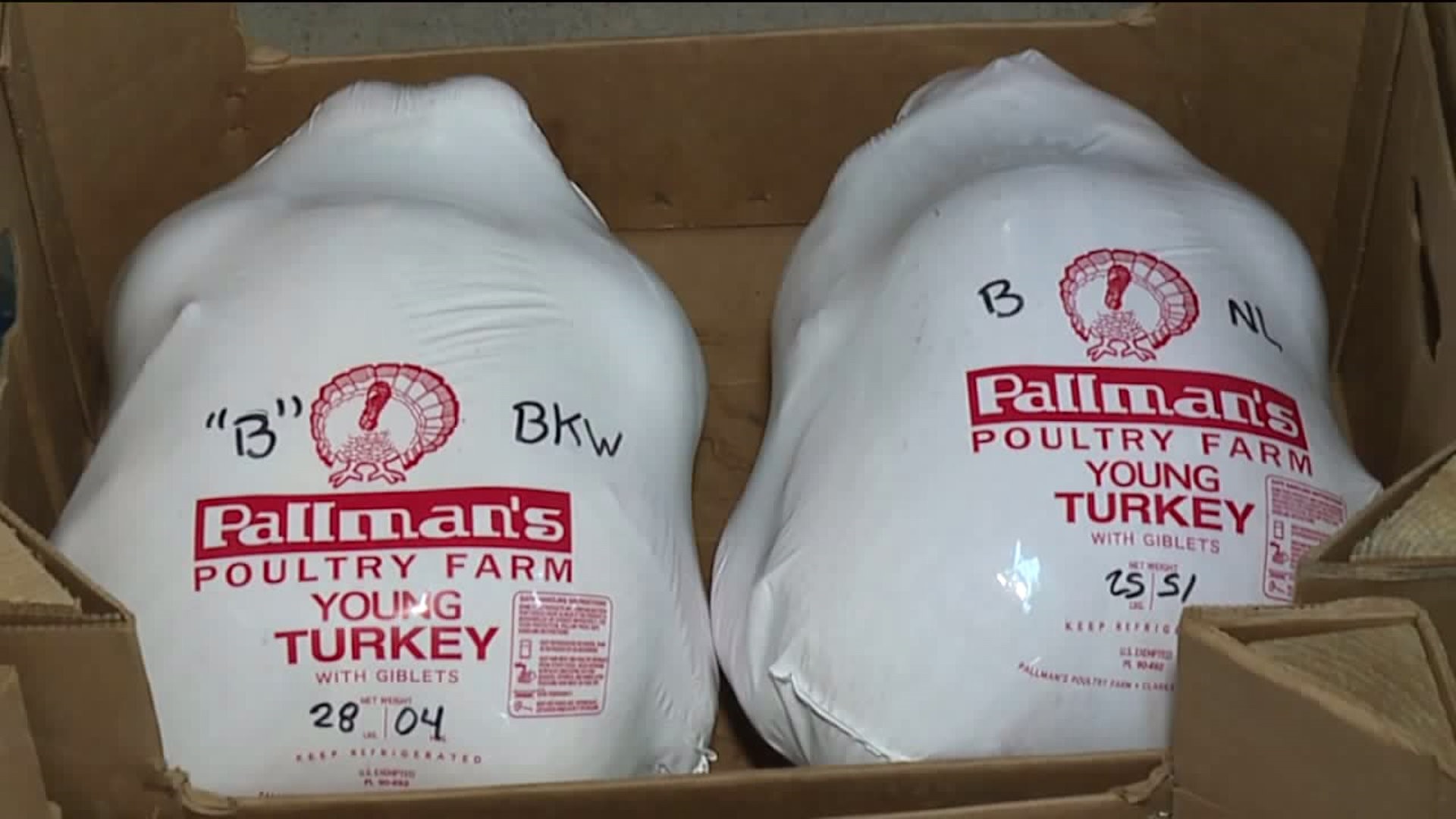 SOUTH ABINGTON TOWNSHIP, Pa. -- Turkeys were flying out the door at Pallman Farms near Clarks Summit.

The Monday and Tuesday before Thanksgiving are the busiest days of the year at the farm, from 7 a.m. until 7 p.m. as folks stop to get their pre-orders.

"That's why we came real early so we could get the biggest turkey before everybody gets them," said Anthony Hampton of Eynon who was at the farm just after 7 a.m. Monday.

Some of these customers say this is the only place they can get huge turkeys, not at grocery stores.

"Me and my uncle usually come but he's at work this year. He usually gets 55-pound turkeys or something like that or two of them," explained Chelsea White of Eynon.

Inside the cooler room at the farm, the birds were boxed up and ready to go.

"We have people that will literally travel 60 miles to pick something up this big and we have a few loyal customers who will fight over the biggest one, but this was the biggest one this year -- 50.93 pounds," said Craig Pallman, pointing to a giant turkey.

There are almost 9,000 turkeys at Pallman Farms and while some of them will be saved for Christmas, almost all of them are for this Thanksgiving.

"All the work has been done since we started the turkeys in June and now it's two days to satisfy the consumer and get them into their hands," said Pallman.

The Pallmans said they stopped taking orders more than a week ago.

The gobblers are all spoken for and ready for Thanksgiving.