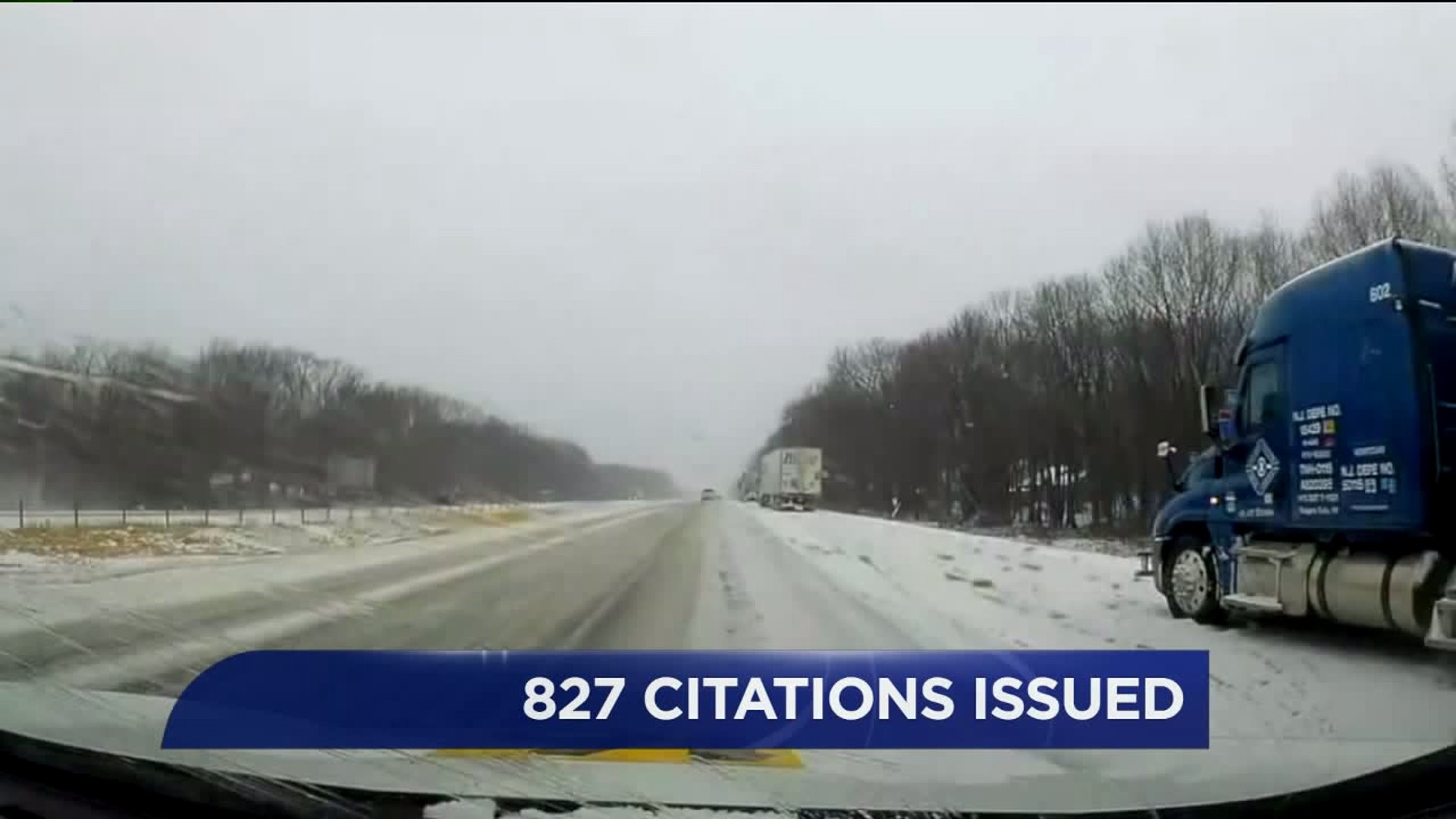 Troopers say they were strongly enforcing the ban as a way to prevent crashes and keep highways clear.

Area trucking companies and those who have fleets of commercial vehicles are counting their losses. They call PennDOT's truck ban from area interstates during Tuesday's snow and ice storm "unnecessary and overcautious."

Truckers say past bans on trucks and buses from interstates during major winter storms made sense, but they claim Tuesday's storm did not have enough snow to justify the commercial vehicle ban.

The morning after the commercial vehicle ban, crews at Dempsey Uniform and Linen in Jessup loaded almost every available truck and dispatched them to customers all over the northeast.

Laundry workers inside were on overtime to get items like tablecloths ready for restaurants on Valentine's Day.

Tuesday's truck ban set the business back a day.

"Safety always comes first, and we wouldn't put our employees in harm's way," said P.J. Dempsey, the president of this family business.

Dempsey claims Tuesday was a day of moderate snowfall.

"Winter weather is part of living here. I don't think we expected two or three inches of snow -- even if there's some sleet or freezing rain -- to shut down the highways for anybody, never mind just trucks."

"I would have been fine driving," said Bartoli. "Most of us drivers have driven in far worse conditions."

"we don't know if this is the new norm," said Doug Barbacci, the president of Calex Trucking. "If we start having a truck restriction for an inch or four inches of snow, that's going to happen numerous times throughout the winter."

The ban sidelined dozens of Barbacci's trucks coming in from other states with everything from home supplies to fresh produce. He says compared to other states, Pennsylvania may soon have the most restrictive ground rules for banning trucks in winter.

"If every state shut down for four inches of snow, we would be stuck all over the country all of the time, and that's not the case."

PennDOT spokesman James May says the ban wasn't about snowfall.

"Freezing rain is by far the most difficult condition to deal with," he said.

May says PennDOT officials used a radar image of freezing rain covering much of northeastern and central Pennsylvania to show why it kept the ban active most of the day.

May said a picture of a trucker who violated the ban and skidded off Interstate 81 may show what happens when freezing rain falls.

"When it comes down as rain, it washes away any of the salt or the brine that's on the road. And then once it hits the ground, it turns into ice," May explained.

May says PennDOT will review its decisions during this week's activity as it does with every storm.

Trucking company leaders are calling state lawmakers to tell them Tuesday's truck ban likely cost the region hundreds of thousands of dollars on a day they believed their rigs could have trucked to their destinations safely.