SOUTH ABINGTON TOWNSHIP — Almost a year after a crash that ended up killing a tow truck operator, a tractor trailer driver is now charged with his homicid... 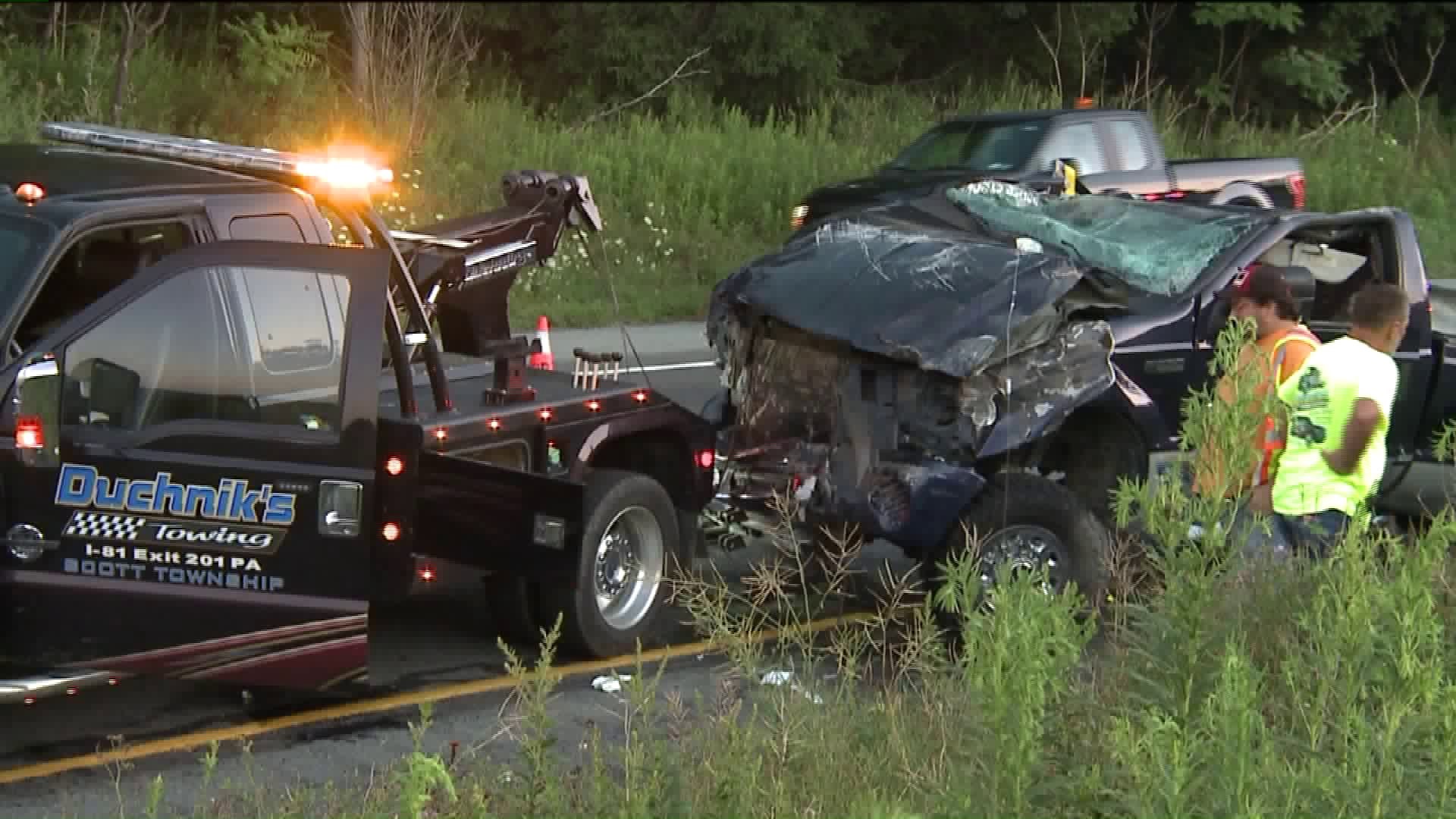 SOUTH ABINGTON TOWNSHIP -- Almost a year after a crash that ended up killing a tow truck operator, a tractor trailer driver is now charged with his homicide.

The rig collided with the tow truck at the crash scene last August. State troopers say it took this past year to painstakingly go through that truckers driving logs.

Troopers believe that the trucker, Johnny Coelho of Massachusetts, was falsifying the records and had been driving 35 hours without a significant break when he collided with the tow truck, killing David Duchnik Jr. of Scott Township.

David and Michelle Duchnik would be celebrating the 30th birthday of their son on Friday. Instead, tomorrow marks one year since his death.

"It's a tough day, and I just want to wish him a happy birthday in heaven," David Sr. said.

Duchnik was killed nearly a year ago while working with the family tow business. While cleaning up a crash on Interstate 81 near Clarks Summit, a tractor trailer did not move over and collided with the crash scene...pinning Duchnik under a pickup truck.

The driver -- Coelho -- is now charged with homicide by motor vehicle.

"This is a gift to David on his birthday, that the person that didn't slow down and move over, killed him, it's a gift that he's being charged on his birthday," his father added. "It wasn't done intentionally this way, it's just the way it worked out, it's like another sign out there, that's the way these things happen."

According to court papers, a police officer who was directing traffic on Interstate 81 had to jump out of the way of the tractor trailer. The officer screamed for Duchnik to get out of the way...but it was too late.

Troopers later found the driver had been falsifying his driving logs -- staying behind the wheel longer than the 14 hours truckers are restricted to.

Troopers used Coelho's EZ-Pass records to figure out how long he had been behind the wheel.

The criminal charges provide some closure for the Duchnik family -- who have spent the past year spreading David's story -- and awareness for the state's "Slow Down, Move Over" law.

"I think there's been a lot more awareness this year, and if it can save one life on the efforts we're trying to put the word out there, then, you know, one life saved," said his mother, Michelle.

The driver, Coelho, is not yet in custody. It could be several days before he is brought back to Lackawanna County for an arraignment.

We reached out to the trucking company he was working for -- Pocono Logistic out of Stroudsburg -- they would not tell Newswatch 16 if Coelho is still employed with them.