JEFFERSON TOWNSHIP, Pa. — A truck hauling log rolled over on Monday, slowing drivers on a stretch of highway in Lackawanna County. 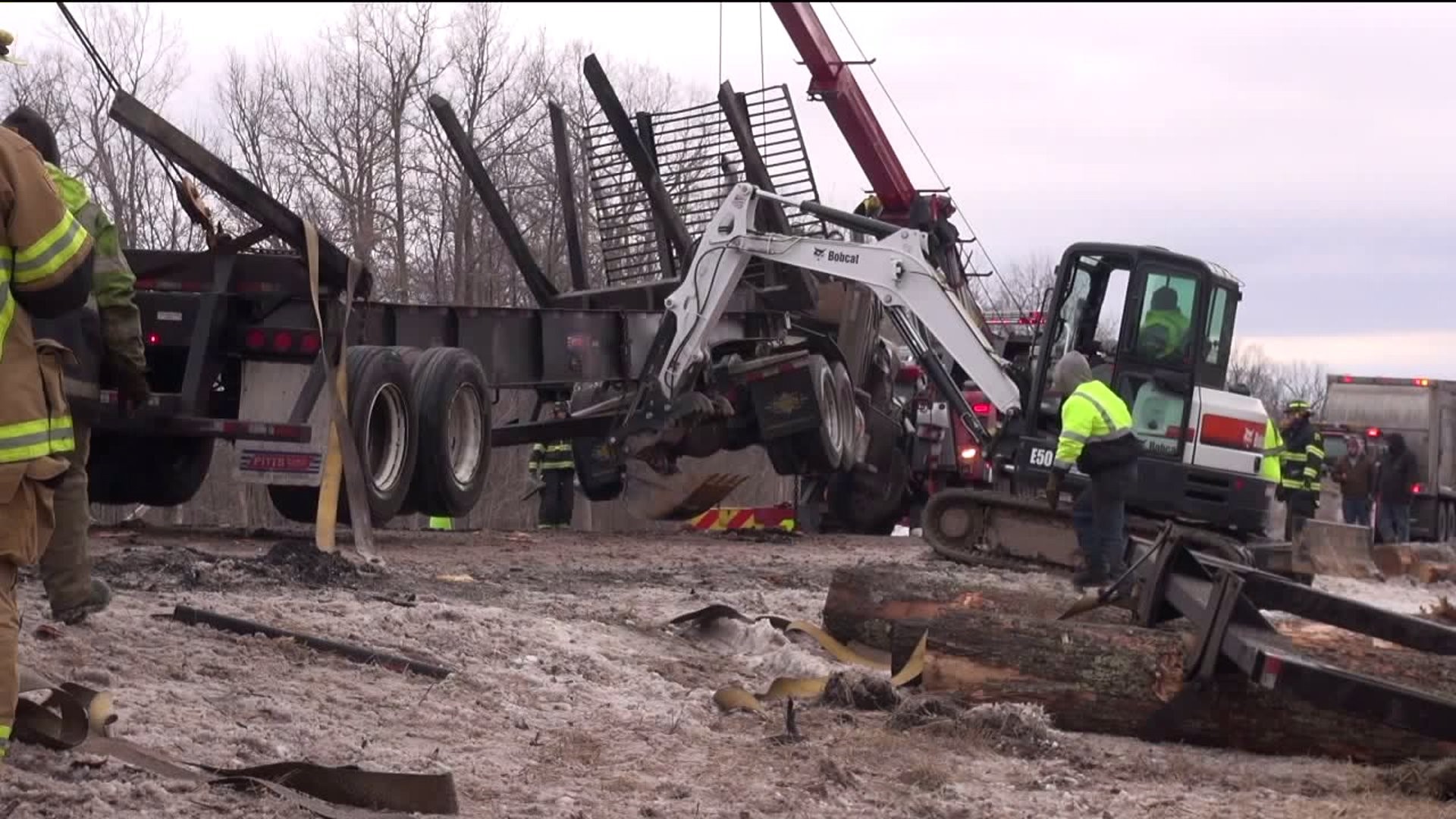 Three cars were involved in two separate crashes on Route 435 in Dunmore within minutes and feet of each other.

"The weather changed overnight. As the day went on, it seems like roads slicked up a little bit," said Mike Milewski of Milewski Towing and Recovery.

Dunmore police say one car slid off the road and two others collided, and that both crashes were caused by icy conditions.

This is I-84 west MM 7 in Roaring Brook Twp. One lane is back open after a tractor trailer hauling logs rolled over @WNEP pic.twitter.com/mblK3g90rq

Around the same time, and not far away, a car and tractor-trailer crashed on Interstate 84 west near the Mount Cobb exit in Roaring Brook Township, causing the tractor-trailer carrying logs to roll over.

"This is our first accident today, but there has been a lot of snow squalls throughout the area. We're not really sure how road conditions were when the accident happened," said Jefferson Township Assistant Fire Chief Jason Crambo.

Immediately after the crash, logs were spread across both lanes of Interstate 84, so crews first had to work to get those removed so one lane could reopen.

Officials say it is still unclear if the weather was a factor in the tractor-trailer crash, but first responders stress the importance of sharing the road, especially in the winter.

"Tractor-trailers are heavy. Give them some room. It does take them a little while to slow down."

With more wintry weather in the forecast, first responders want to remind drivers what to do if and when you do see a crash.

"We like to remind the public of the 'slow down, move over law' for emergency personnel. We really appreciate everyone following that. It's a great law, and we all just want to go home at the end of the day safe," Crambo said.

Officials say there were no injuries in the Dunmore crashes, but two people were taken to the hospital in the tractor-trailer crash. They are expected to be OK.