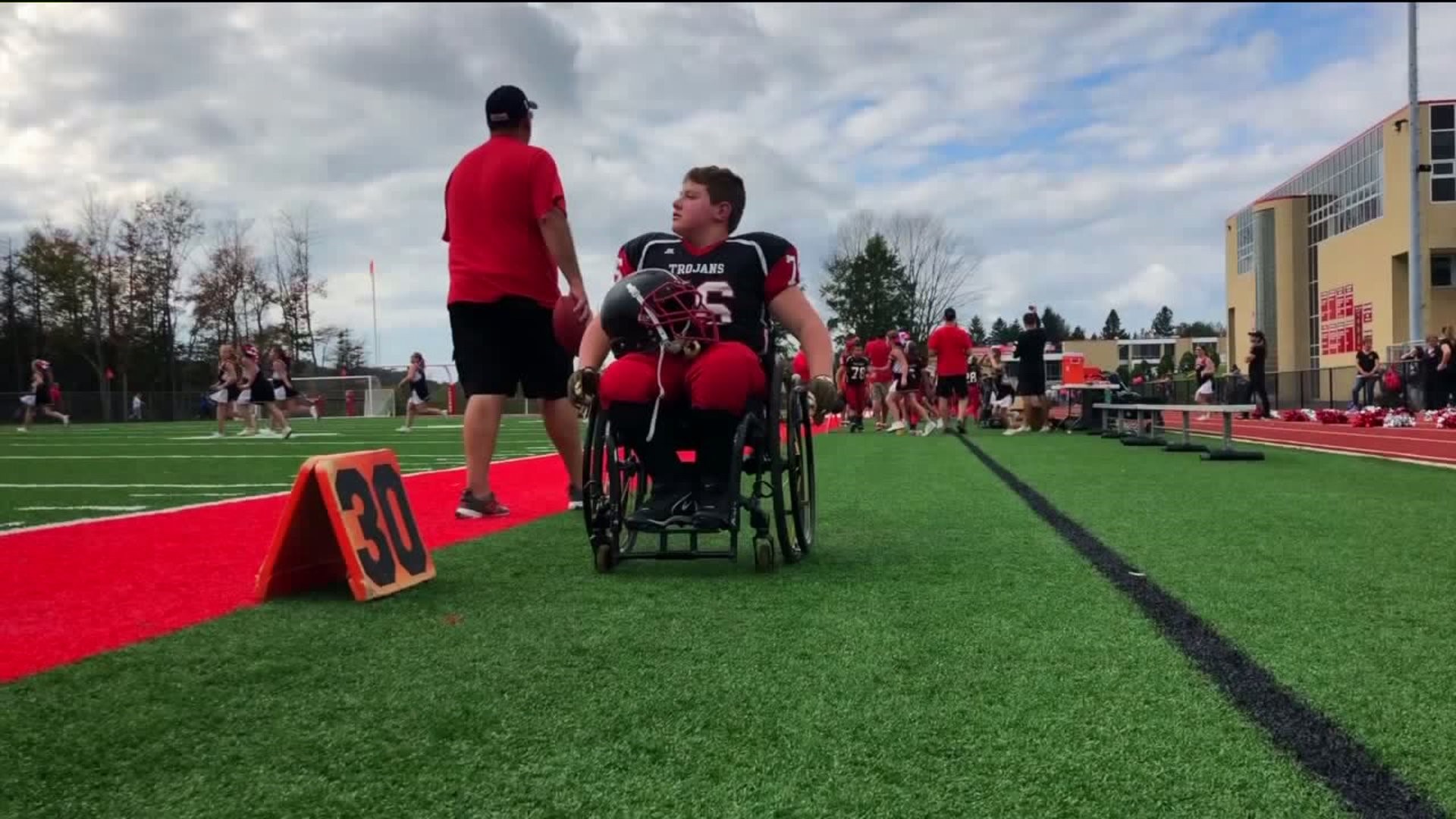 ROARING BROOK TOWNSHIP, Pa. -- The phrase, "he's got wheels," is a figure of speech often used to describe a speedy athlete.

For 11-year-old Max Malec, wheels take on a much more literal meaning. These wheels define a different kind of athlete.

"I wouldn't really see myself as different. I would just see myself as the same as other kids, just with a minor deficiency," Max said.

This is Max Malec's story.

"Max was born with spina bifida and we did not know it until he was actually born. It was definitely a shock to my wife. She was a little upset," said Max's father Mike Malec. "It took her probably three years just to get over the initial, 'I can't believe this happened to us. Why did this happen to us?'"

Spina bifida is a birth defect in which a baby's spinal cord fails to develop. It's an incurable condition that leads to leg weakness or paralysis.

Max has never had use of his legs, but that has not stopped the North Pocono sixth grader from playing football, hockey, or wrestling.

"I'm a very, very competitive person. I like to compete, so that's how I'm always upbeat and confident," Max said.

Competition has been a therapeutic outlet for Max ever since he can remember. It's also helped him cope with the loss of his mother Mary Grella, who passed away in 2016 after a battle with colon cancer.

Max was only 9 years old.

"It was just a very sad time for us, but every single day I try to do my hardest really for her and just do it for myself and benefit," Max said.

"There's times when you throw your hands up in the air and walk away or go out for a run or something like that to clear my head. Got to keep going. I have two boys and I have to worry about them," Mike added.

Despite the adversity Max has faced, his spirit and determination are contagious. His impact as a leader is always felt on the sidelines.

"We looked at a player here today that was very big and very strong and fast. Everybody realizes, he looks at everybody that way, but he doesn't back down. He keeps trying. So, everybody can gain motivation, that can look at him and say, 'if he can do it, if he has that belief in himself, then I can, too,'" said Max's football coach Rich Charles.

Max's has a message to other people who may have a disability.