Trail Sculptures in Scranton to be Removed

SCRANTON, Pa. — A sculpture park in Scranton, put in just a year ago, will soon disappear. The art along the Lackawanna Heritage Trail will be taken out a... 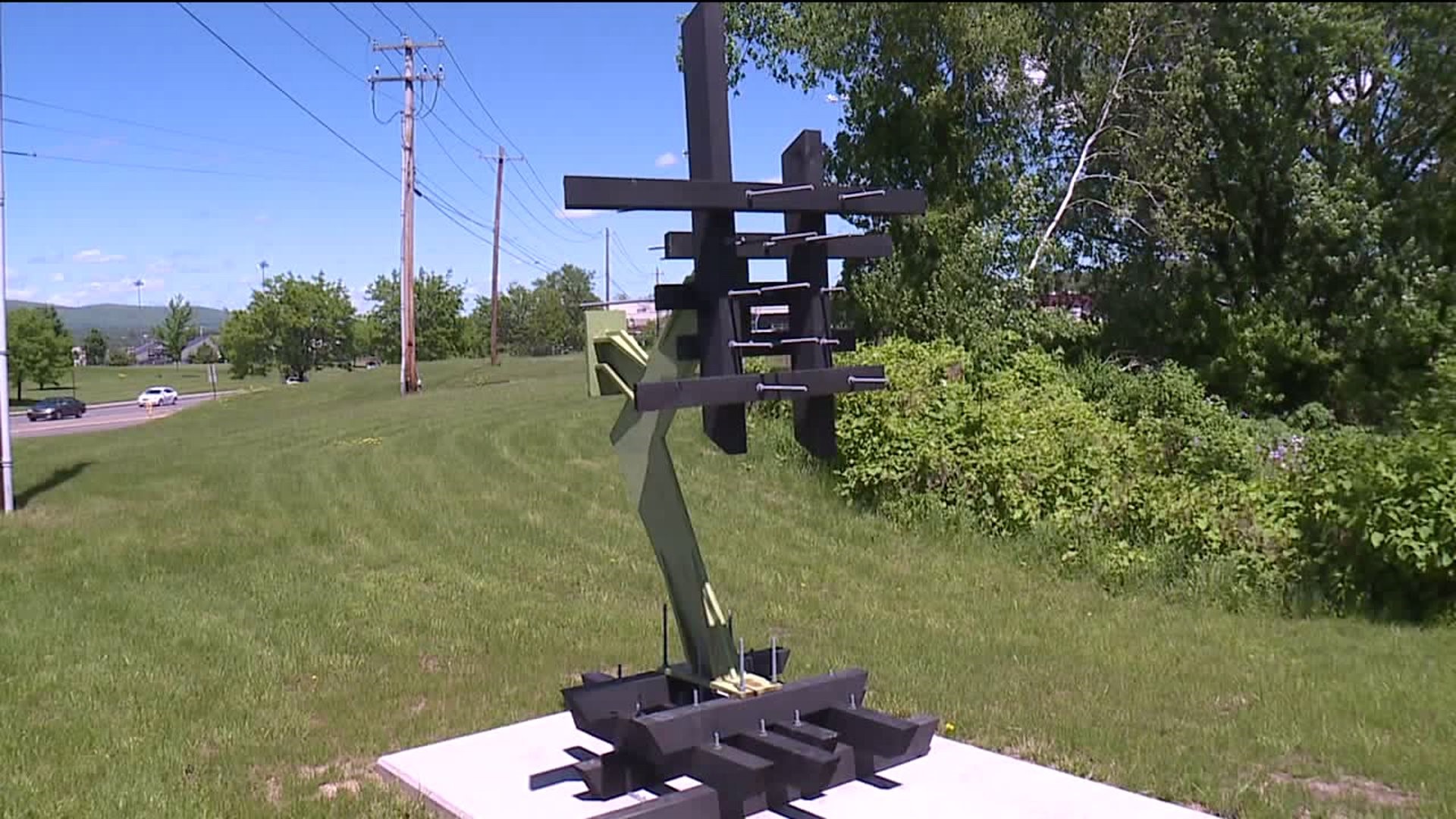 SCRANTON, Pa. -- A sculpture park in Scranton, put in just a year ago, will soon disappear.

The art along the Lackawanna Heritage Trail will be taken out after Memorial Day.

Nikki Moser of Keystone Iron Works hoped her iron sculptures and those of nine other artists had found a permanent home along the Lackawanna Heritage Trail in Scranton.

Keystone Iron Works put the artwork along the trail off Providence Road to create the Confluence Sculpture Park, but Moser says starting next month, all the art will be removed.

"There's just not the support we used to have from our partnerships, so we can't do it. Keystone Iron Works can't do it on our own," Moser said.

Moser says the organization can no longer afford the insurance on the art.

Insurance became an issue last fall when vandals tipped one of the sculptures into the Lackawanna River. The removal and repairs cost Keystone Iron Works a lot of money.

The artists hope to sell the pieces before they're moved elsewhere.

"The prices range from $3,000 to $10,000. The artists will be here to help install if you're interested in purchasing one, and that way, they would be able to stay in the community in another fashion," said Moser.

Some of the sculptures have already been removed. Keystone Iron Works says the concrete pads that supported them will stay. It's possible that one day, art could return to the Heritage Trail.

Confluence Sculpture Park was installed only about a year ago.

Michael Diamond is new to Scranton and just discovered in on Monday.

"Decided to come back today and sit amongst these trinkets, whatever you want to call them."

He hopes that eventually, art will be displayed there again.

"It's beautiful naturally, but pieces like this give people something more to look at, more to admire," Diamond said.

The last day to see the sculpture park in its entirety is May 31. The artists will start dismantling the work on June 1.