SCRANTON, Pa. — A Scranton toymaker decided earlier this year to expand his line of plastic toy soldiers to include one female figurine — a risk he ... 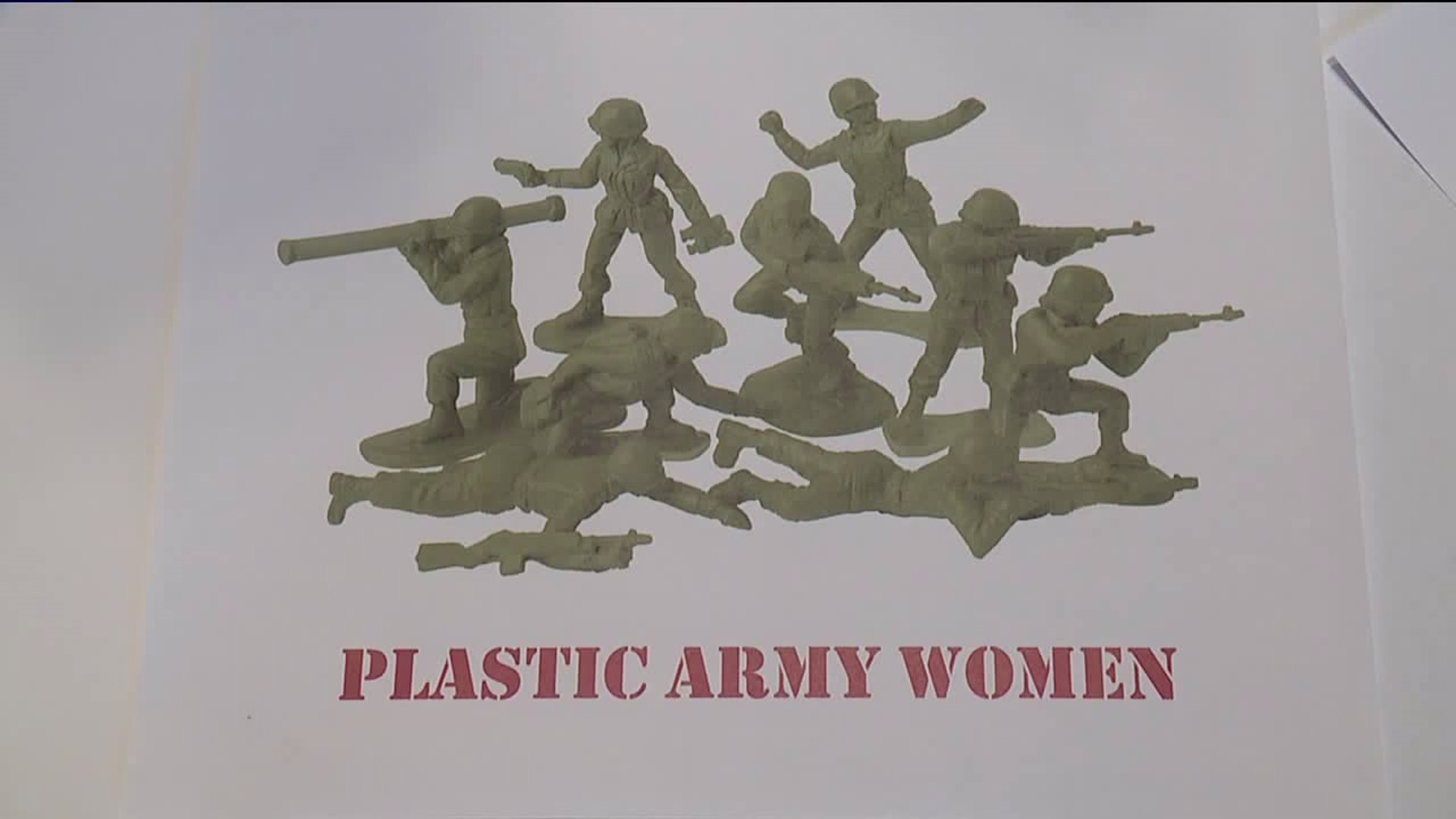 SCRANTON, Pa. -- A Scranton toymaker decided earlier this year to expand his line of plastic toy soldiers to include one female figurine -- a risk he thought was worth taking. A wildly successful fundraising campaign proved that toy lovers have been wanting plastic army women for a long time.

BMC Toys in Scranton is one of the largest U.S. makers of those classic little green army men.

Owner Jeff Imel says a request from a female Navy officer and a little girl pushed him to do something that sounded great but didn't make much business sense at the time: create little green army women.

It turns out, it's something toy lovers have been wanting for a long time.

"Just this morning, I got an email from a woman who is 67 years old. She said she wanted a set of women soldiers when she was little, and this is just a six-decade-late Christmas wish fulfillment for her. And I got a lot of messages like that," Imel said.

He started with just one figurine and then launched a Kickstarter crowd-funding campaign hoping to expand the line. The campaign more than quadrupled its goal, and now Imel plans to make 12 figurines showing women in combat.

Imel says his typical consumers are collectors who take the historical accuracy of the toy soldiers seriously. He says even those collectors have been supportive of the plastic army women project.

"I was worried about criticism from all sides, and it was way less than I ever expected. What that tells me is that most people are just good people," Imel added.

This has been a banner year for BMC Toys, and with the full line of plastic army women expected to be available for Christmas of 2020, the future also looks bright.

"It was very humbling, very exciting, very surreal, and at the end of the day, it's definitely going to be a time in my life to remember," Imel said.