Tornado Rips Through Scranton and Dunmore

SCRANTON, Pa. — We now have an official count of five tornadoes confirmed in northeastern and central Pennsylvania from Sunday night’s storm. The Na... 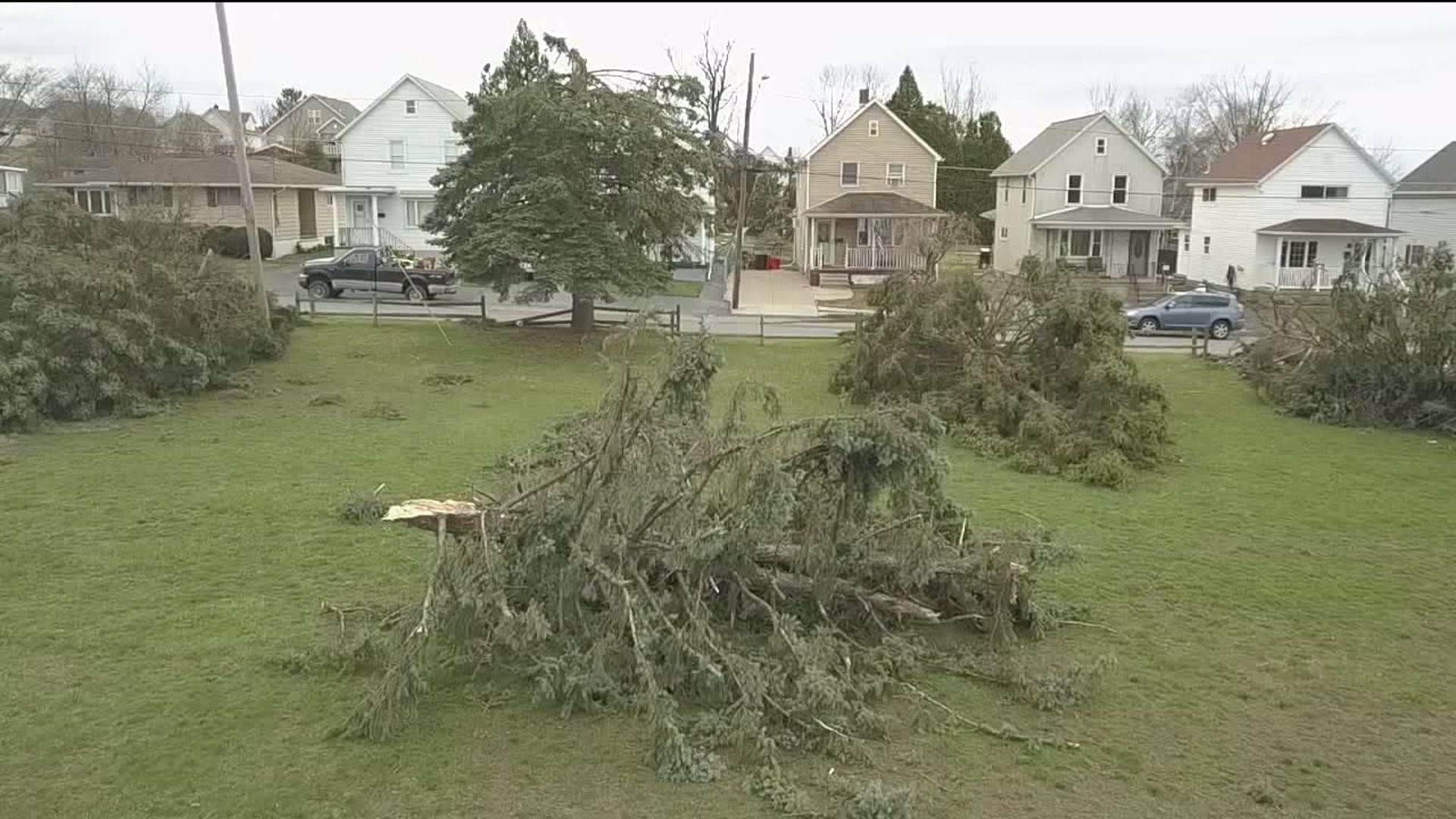 SCRANTON, Pa. -- We now have an official count of five tornadoes confirmed in northeastern and central Pennsylvania from Sunday night's storm.

The National Weather Service confirmed on Tuesday, an EF-0 twister tore through parts of Scranton and Dunmore.

The power of these winds really hits home when you see a trailer and trees tossed around like paper at Sherwood Park in Dunmore.

The tornado also did a number on neighborhoods in Scranton.

"It looks like a bomb went off. The wind came whipping through, tore down all my fences. My shed is mangled. The one next door wasn't even touched. That's how finicky it can be," Pat McDonough said.

He showed us what it looked like from his backyard in Scranton. However, Skycam16 gave us a birds-eye view, showing the damage the EF-0 wrought on the Electric City.

"It looked like a war zone. I just came through Nay Aug and there were a dozen trees across the paths, and the back alley here it's all torn up, fences down galore," Gene McDonough said.

The storm also knocked down a tree near Harrison Avenue that almost hit the Doughboy statue which honors World War I veterans. It also brought down a light post.

"I was amazed that it missed it by that much! I drove by it yesterday and was surprised that it extended the whole length of Harrison Avenue," Gene said.

From Scranton, the tornado went to the area of Sherwood Park in Dunmore. It ripped trees and turned over a trailer there.

"I grew up going to this park and I loved it. It's so sad seeing all those trees there. I liked that it had kind of a country setting. It made it look nice," Ariel Matticks of Dunmore said.

"I used to be a coach and a commissioner here with the Dunmore Municipal League in Sherwood Park for 20 to 25 years and that's why when this happened I had to come right up and see what the story was," Dan Zayac of Dunmore said.

The Sherwood Youth Association, which takes care of the park, is working with its insurance company to find out how much of the damage is covered before crews come in to begin the cleanup process.

"It breaks my heart to see this happen so close to home," Matticks said.

There is a spring carnival scheduled for the end of the month at Sherwood Park. The plan is to have the downed trees and debris cleared by then.