To The Sidelines: Refs, Umpires Quitting

Imagine a baseball game with just one umpire or a football game with only a couple of referees. Those connected with high school sports say it could happen soon... 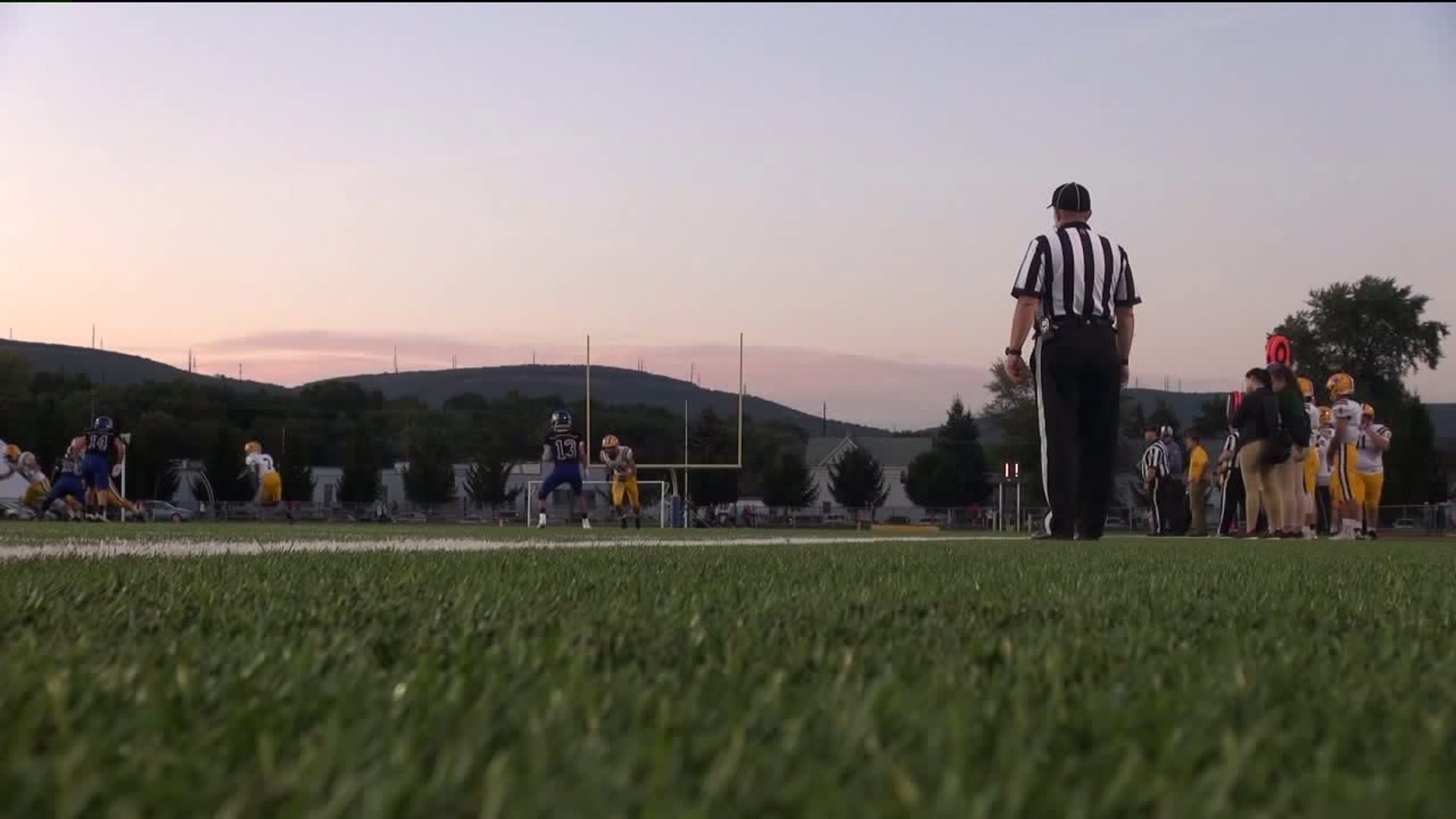 Imagine a baseball game with just one umpire or a football game with only a couple of referees. Those connected with high school sports say it could happen soon if umps and refs continue to walk away after having enough of abusive fans, parents, and coaches.

After 23 years, insurance agent Paul Sheehan of Scranton still loves refereeing high school football games, but he admits football and other sports are threatened by abusive parents and fans.

"You have to be careful. You will run into some fans that take it too far and cross the line," Sheehan said.

According to the Pennsylvania Interscholastic Athletic Association (PIAA), the number of those permitted to officiate high school and middle school games has been dropping.

"Parents and spectators are often the reason that officials no longer officiate," said PIAA Vice President Pat Gebhart. "They say that fan and coach abuse are, by far, the main reason they left officiating."

Gebhart is in charge of sports officials for the PIAA. Last week, he received the latest complaint.

"In northeastern Pennsylvania, a coach threatened to meet an official after the contest out in the parking lot. That's not a good thing. Who would want to come back to that school and continue officiating?" Gebhart said.

Gebhart would not name the sport or the school, but serious cases appear to be growing nationwide.

This summer in Colorado, an umpire had to be hospitalized after parents and fans, upset over what they thought was a bad call, pummeled him.

"If I'm a referee. I would feel real threatened," said Kevin Williams of Scranton.

"For me, it's scary for someone to be yelling and screaming over a high school sporting event," Kevin Williams said.

"My son also plays basketball where I've seen parents almost barge on the court and chase (the refs) down," Shannon Lewis said.

Dave "Whitey" Williams knows how the abuse fans heap on referees can cause some to quit. He's best known as the former head football coach at Mount Carmel Area High School.

"Everything was so close and loud, and sometimes abusive. And I gave up the basketball end of it because I couldn't deal with having so many parents in my ear," said Williams.

As we open up all fall sports this weekend, remember you play an important role in supporting your team and your children. Learn more about being a supportive parent in the stands at https://t.co/mqoyErBrjq pic.twitter.com/Jmfwdf4ydJ

Gebhart finds another barrier to recruiting former athletes in their 20s and 30s: they have jobs that don't allow them to referee afternoon weekday games.

"Life gets in the way of officiating. That's just the way it goes," Gebhart said.

It's a real problem in women's sports, like softball. It lost 16% of its umpires in the last decade. Field hockey lost 23%.

"When some of our better female officials step away from the sport to raise a family or be with their family, oftentimes they don't come back," Gebhart added.

The ref shortage even threatens the tradition of Friday night football in some communities.

"Coaches are being asked to move games to Thursday evening, Saturday afternoon because of the lack of officials," Sheehan said.

The PIAA is trying to stem the losses with aggressive recruiting. It's running public service announcements on radio and television and encouraging high schools and community colleges to offer courses on refereeing.

One local ref said aggressive parents might behave better if they kept in mind their kids are watching.

For more on this story, Dave Bohman went on Chase Senior's podcast, 'The Chase Down.' You can listen below: