Tire Smashes Windshield of Bus on I-380 in Lackawanna County

MOSCOW, Pa. — A bus was forced off an area interstate after it is struck by a wheel from another vehicle. 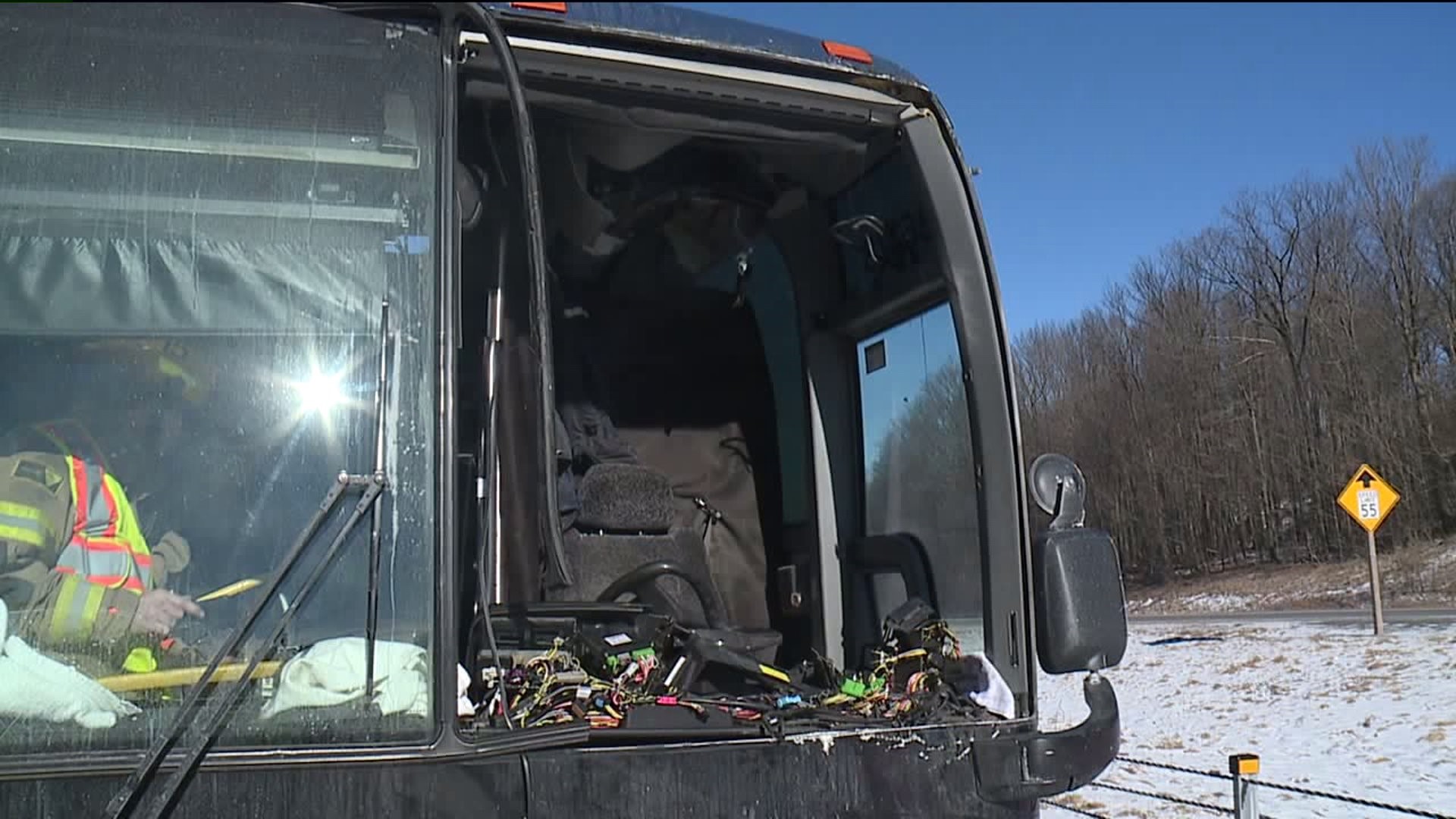 MOSCOW, Pa. -- A bus was forced off an area interstate after it was struck by a wheel from another vehicle.

It happened around 10 a.m. Monday on Interstate 380 near Moscow.

One by one, passengers were escorted off the bus and onto another. That's when they could really see the damage after a tire shattered the windshield of their bus.

According to state police, a truck hauling garbage was heading north on Interstate 380 near Moscow when two rear tires flew off as the driver rounded a curve. The driver of a Greyhound bus going south on I-380 saw the tires flying in the air and tried to swerve out of the way then braked.

"If the bus driver hadn't stopped at the time she did, the bus would have flipped over," said passenger Jonathan Paul.

One of the tires shattered the windshield of the bus. None of the 37 passengers was hurt and neither was the driver of the garbage truck.

The female bus driver was taken to the hospital, but passengers tell Newswatch 16 she was alert, just shaken up.

"We're very grateful to her," Paul said. "Unfortunately, she is hurt. She is being taken care of. She is very lucky. She was trapped between the wheel and her seat. All of the electronics, the windshield was gone, I'm glad everyone was just able to stay calm."

The Greyhound bus made several stops up north earlier in the morning, including Toronto and Syracuse. The 37 passengers were traveling to New York City.

"We were on a 5-hour trip. We were all sleeping, and then all we heard was a pop and glass flying everywhere coming from the front of the bus to the back of the bus. I was in the middle of the bus. Glass hit me in the face."

A crew worked to repair the garbage truck on the scene. Traffic was not affected on the northbound side of I-380. Only one lane of traffic was getting by for a time on I-380 south near the Moscow exit as state police and first responders worked to clear the scene.