Throop Fights for its Own Identity, Borough Wants Own Individual ZIP Code

THROOP, Pa. — A borough in Lackawanna County is fighting to have its own identity. Throop wants its own ZIP code, separate from Scranton and Dunmore. Mayo... 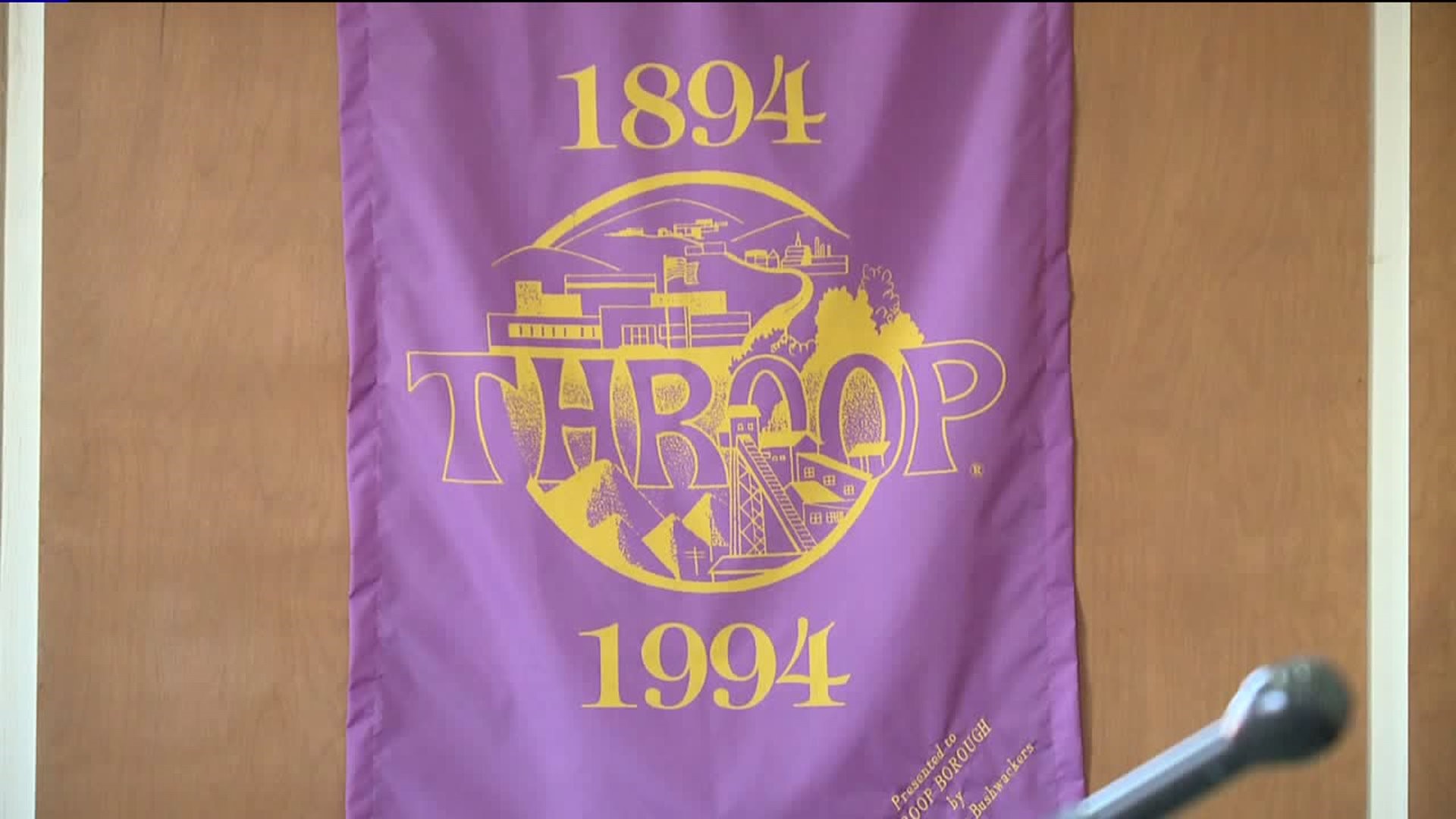 THROOP, Pa. -- A borough in Lackawanna County is fighting to have its own identity. Throop wants its own ZIP code, separate from Scranton and Dunmore.

Mayor Joe Tropiak tells Newswatch 16 the borough has been trying to get its own ZIP code for 50 years now. He is hoping he has a plan that will make it work.

Throop is home to 4,100 people. It has its own police department, fire department and plenty of places to eat.  Now, residents want a ZIP code separate from Scranton and Dunmore.

"The town needs an identity. A lot of the mail we get in here is addressed to Scranton," Carmelo Riotta of Gangi's Pizza in Throop said.

Mayor Tropiak is working on a petition to get the borough its own ZIP code. He is sending that petition to the U.S. Postal Service in Harrisburg. He said under the current system, packages are being delivered to the wrong places.

"We have a Throop Street in Dunmore and a Dunmore Street in Throop.  Along with that, we have a continual mix up of mail," Mayor Tropiak said.

If Throop does get its own ZIP code, residents will have to update their personal information including driver's license and passports.

"No not really, to go through all the hassle of changing everything, no," Robert Clark said when asked if he was in favor of the change.

Lackawanna County Commissioners gave their full support for Throop to petition for its own ZIP code. Ultimately, it will be up to Harrisburg to decide. Mayor Tropiak is hopeful he can get it done.

"I'm making a strong effort to get this done and I have the support of the council members and the town," Mayor Tropiak said.

Residents will know if the petition for Throop to have its own ZIP code is approved by next July.