SCRANTON — Three teenagers charged with the death of a Scranton police officer were sentenced Thursday in Lackawanna County. That sentence of nine to 18 y... 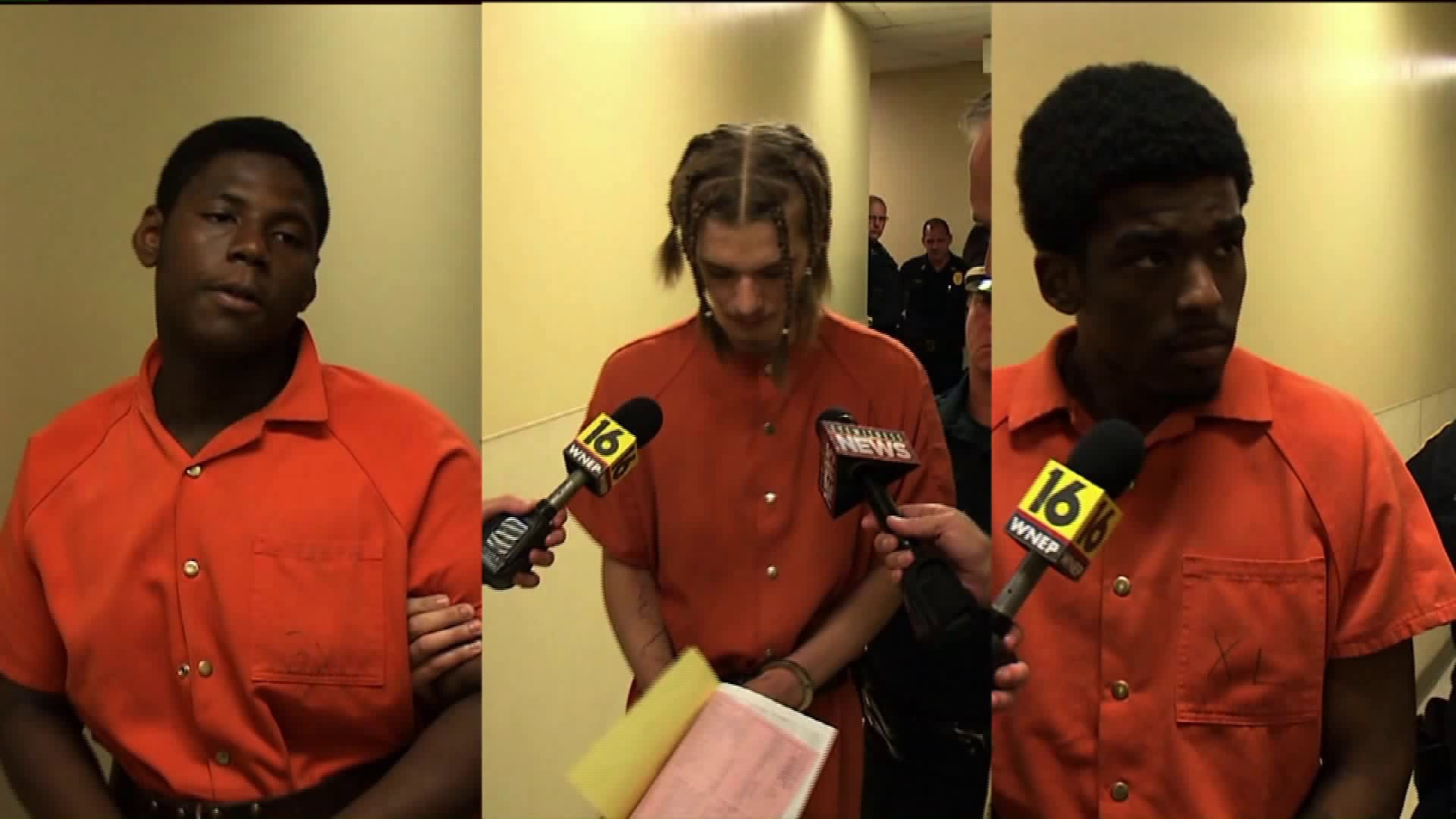 SCRANTON -- Three teenagers charged with the death of a Scranton police officer were sentenced Thursday in Lackawanna County.

That sentence of nine to 18 years in prison came down after all three agreed to plead guilty rather than face trial.

Nasiir Jones, Isiah Edwards, and Tanner Curtis admitted their roles in the 2015 death of Scranton Police Officer John Wilding and pleaded guilty to charges of third-degree murder and robbery.

The 19-year-olds, who were 17 at the time of Wilding's death, were all sentenced to nine to 18 years in state prison to be followed by seven years of probation upon their release.

“I think today signifies a victory for the family. They got to hear these three men admit their involvement, that stole John from them,” said Lackawanna County District Attorney Shane Scanlon.

Two years ago, Officer Wilding fell to his death while chasing the teenagers through the city's west side, the teens were suspected of armed robbery.

They have been locked up since.

This week, a judge ruled the teens would be tried in Lackawanna County despite their attorney's argument for a change of venue and according to those lawyers if tried the boys could have faced life with a chance for parole.

“I think justice was served. We didn't have to take them to trial and I think all in all we did alright for everyone,” said Chris Osborne, the attorney for Jones.

Wilding's mother, sister, and widow all spoke in court before sentencing, with his mother saying to the defendants, “You didn't just destroy his future. You destroyed all of ours."

His mother described being with him when he died saying, “forthe last time I put my arms around my son and held my beautiful boy.”

Scranton Police Chief Carl Graziano believes Officer Wilding would have been happy with the plea agreement since as a patrolman, he was an advocate of rehabilitation rather than incarceration.

“I think if things worked differently and John had been the arresting officer on the robbery charge. I think that he would have been an advocate for them to have the ability to change,” said Chief Graziano.

The district attorney’s office says the teens were taken back to their cells at the Lackawanna County Prison but will eventually be transferred to the state prison system.