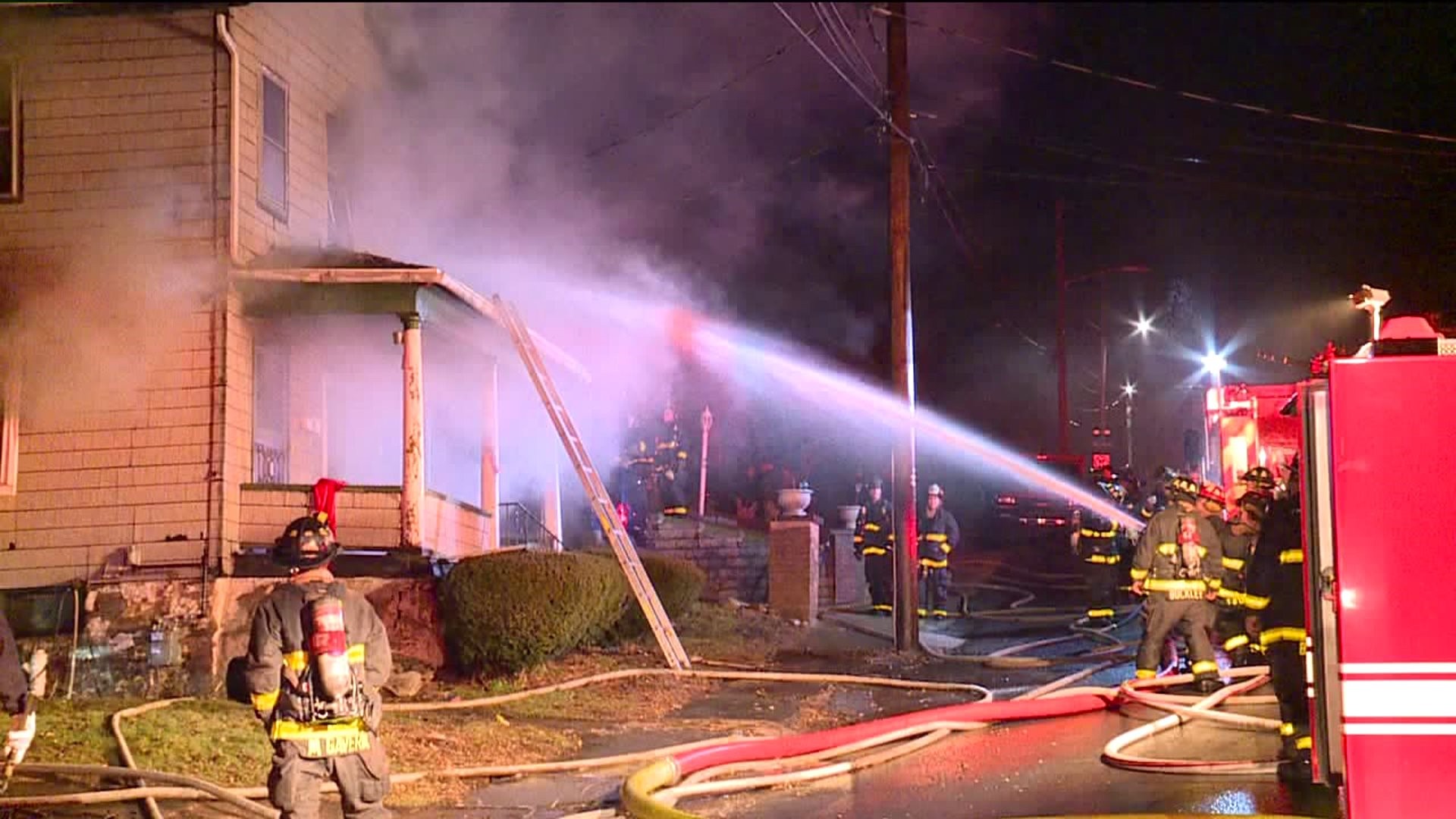 SCRANTON, Pa. -- A family of three in West Scranton had a devastating start to their Christmas.

Around 3 a.m., their house went up in flames, and the home is believed to be a total loss.

Firefighters responded to the home in the 300 block of 16th Avenue as flames poured out of the house. It took crews nearly an hour just to put out the fire. A neighbor who lives next door tells us he's lucky his house didn't catch on fire as well. He recalls the frantic early morning scene.

"Oh, a lot of flames shooting out of the roof," the neighbor said. "Yea, it was bad. I feel bad for them. I thought my house was on fire, so I got up with my family and, when we came outside, it was my neighbor's house."

A family member tells Newswatch 16, the woman who lived at the home used a ladder to get her husband and adult son out from the second story window. A different woman who lives a block away says she was woken up early in the morning by a loud explosion.

"I heard a big boom and jumped out of bed and thought somebody hit our car," Maureen Androski said. "But, I looked over and flames shot up over the house behind us. It's a sad time to lose everything, especially your home."

Family members add the woman who lived at the house was taken to Lehigh Valley Hospital near Allentown to be treated for minor burns. Her husband was also taken briefly to a hospital to be checked out. He and his son are okay. The family didn't have insurance on the home, but they own two properties across the street and are expected to move there.

Several streets in west Scranton were closed during the fire and the Department of Public Works had to be called in because water used to fight the fire froze when it hit the streets.

Inspectors have been called in to search for the cause of the early morning fire in Scranton.