Thousands of protesters showed up on Courthouse Square. 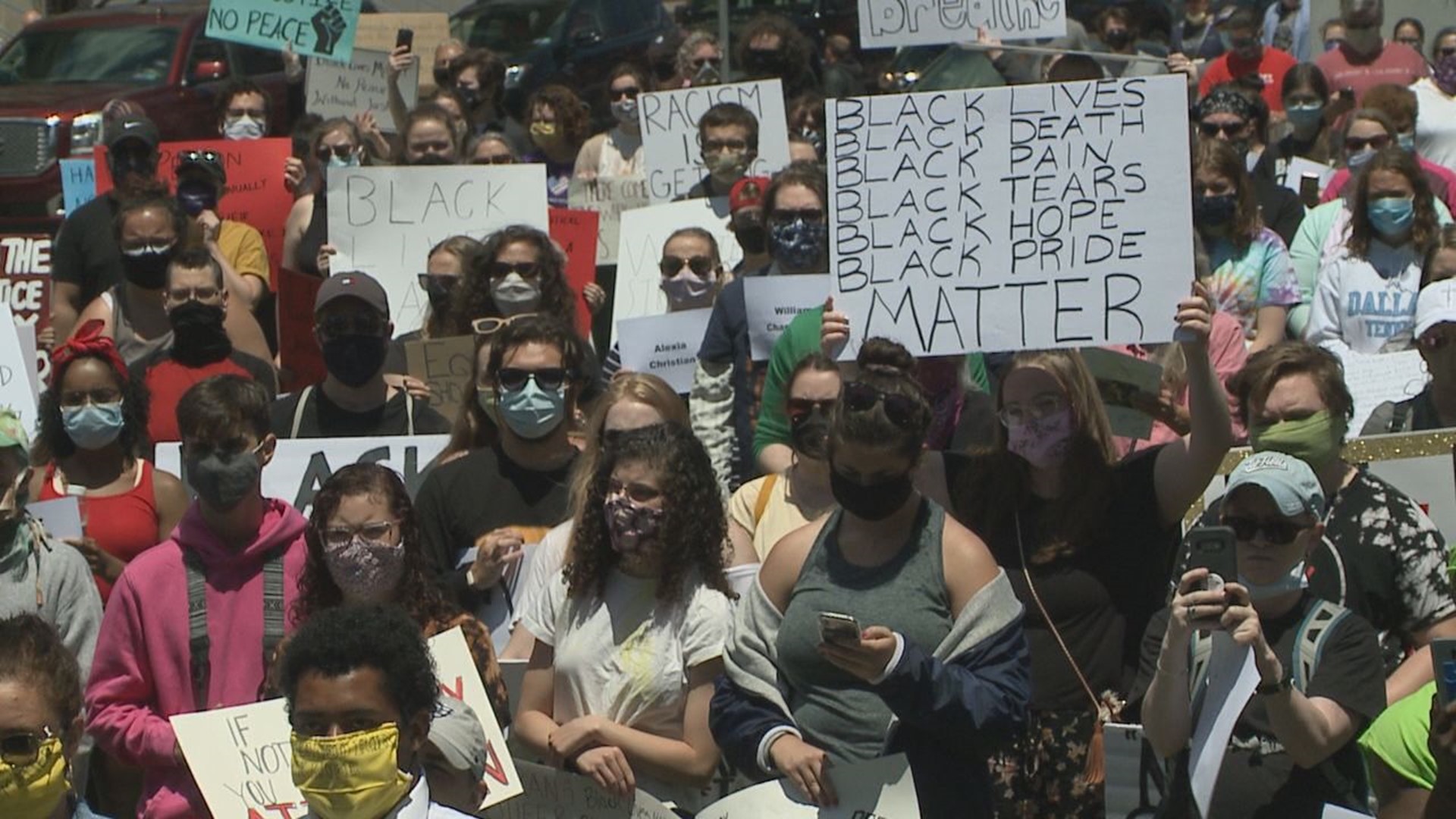 SCRANTON, Pa. — The second Black Lives Matter Rally was slated for 1 p.m. on Courthouse Square but protestors were on hand well before then.

As time passed, the crowd of protesters swelled at least doubled in size from the first gathering, with a few thousand people in attendance.

After the crowd gathering on the square, several people gave passionate speeches while others sang songs.

There was also a moment of silence for eight minutes, 46 seconds to honor George Floyd.

This was mostly a peaceful protest, where emotions were felt.

People from all walks of life coming together in an effort to promote change.

There was a small number of counter-protesters who stood around the Christopher Columbus monument on the square.

During the speeches, Bob Bolus had one of his trucks driven down and parked on North Washington Avenue, but only a few took exception that.

Then, the thousands of people marched on the streets of Scranton as their chants echoed throughout the Electric City.

The crowd of thousands supported that message.