This Artist Is Non-Verbal, so He Lets His Art Do the Talking

SCRANTON, Pa. — Tommy Hennigan is in his element at Artworks in downtown Scranton when he is getting his hands dirty. Tommy is an artist from Dunmore. He ... 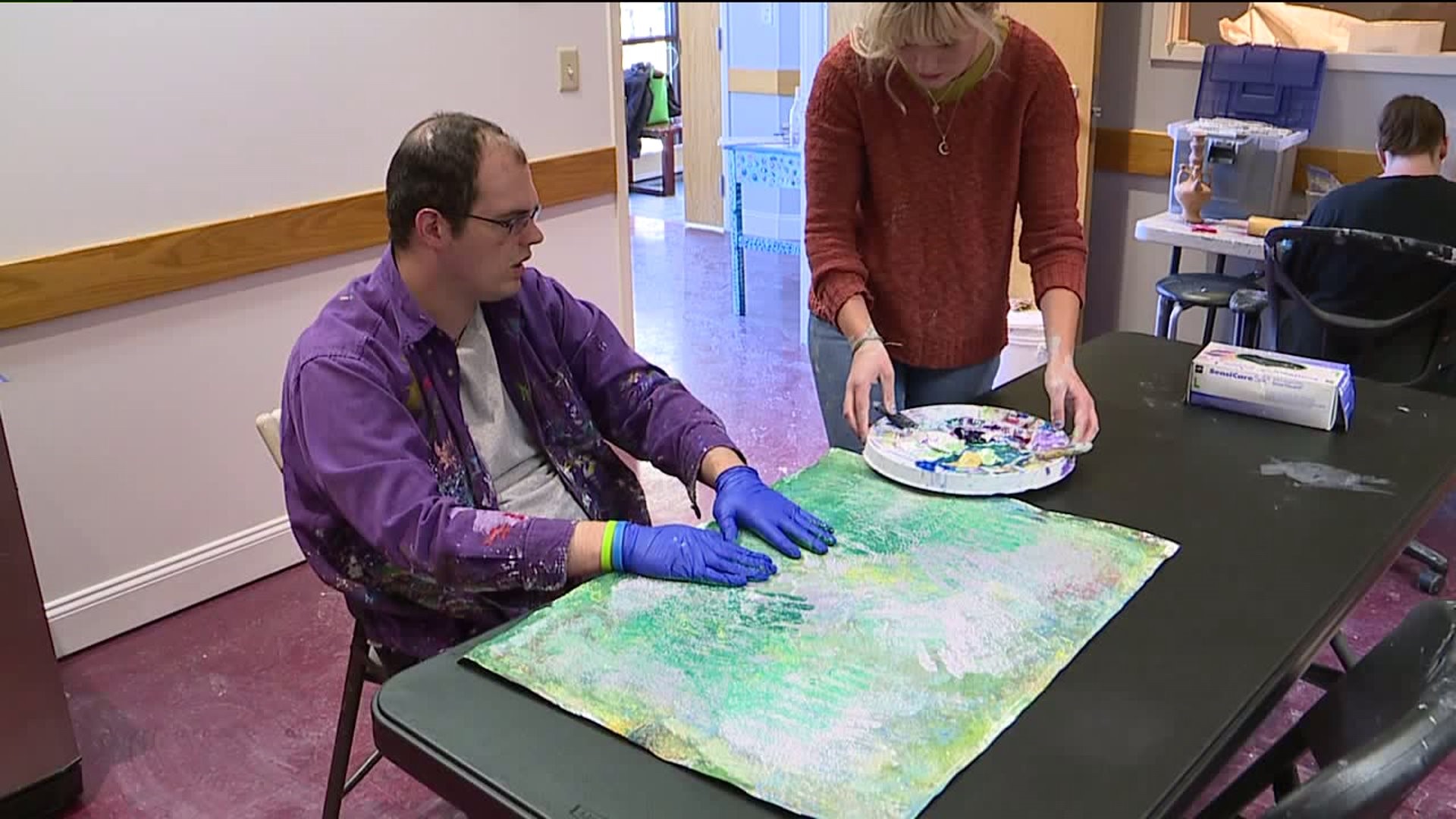 SCRANTON, Pa. -- Tommy Hennigan is in his element at Artworks in downtown Scranton when he is getting his hands dirty.

Tommy is an artist from Dunmore. He got started three years ago and already his work is in high demand from places all over the country.

"I mean, when you see him paint, I really can't describe it other than just magic," Tommy's art instructor Margie Makowski said.

Magic, because this is Tommy's way of communicating. He was diagnosed with autism and is non-verbal. However, he shows you exactly what's on his mind through color. His mother, Eve Hennigan, said when Tommy's father died, his artwork was mostly dark. The pieces reflected Tommy's personal mourning process.

"For so long, I've just, I've always said I wish I could get into his mind for 15 minutes to see what he has to say and now he tells us," Eve Hennigan said.

"Some of his artwork is displayed in California, New Orleans, Massachusetts, so he gets around," Eve Hennigan said.

There were many obstacles in Tommy's way, but now his mother feels like she has a key to his mind that she never had before.

"You can't stop. You never give up. You keep on seeing what's out there, again just focus on his ability to do things, and it all works out. It really does. It's a great feeling," Eve Hennigan said.

Artworks in downtown Scranton helps a lot of people with disabilities. Employees are always looking for more people to sign up for their art classes.

Tommy's work will be showcased at Artworks next exhibit on October 4 from 6-9 p.m. Then you can get a closer look at his work, and in a way, hear his voice for yourself.

ART WITH ❤️: This made me tear up 3x. Tommy Hennigan is an artist from Dunmore with some of his work selling for $1,000! He was diagnosed with autism and is non-verbal, but his mom says the way he speaks is through art. I got to see that and so much more. Tonight on @WNEP at 5 💛 pic.twitter.com/xP9GC4B33k