COVINGTON TOWNSHIP — The glass door was smashed around 2 a.m. Tuesday as the two robbers used a stolen plow truck to pull the machine out of the wall, and... 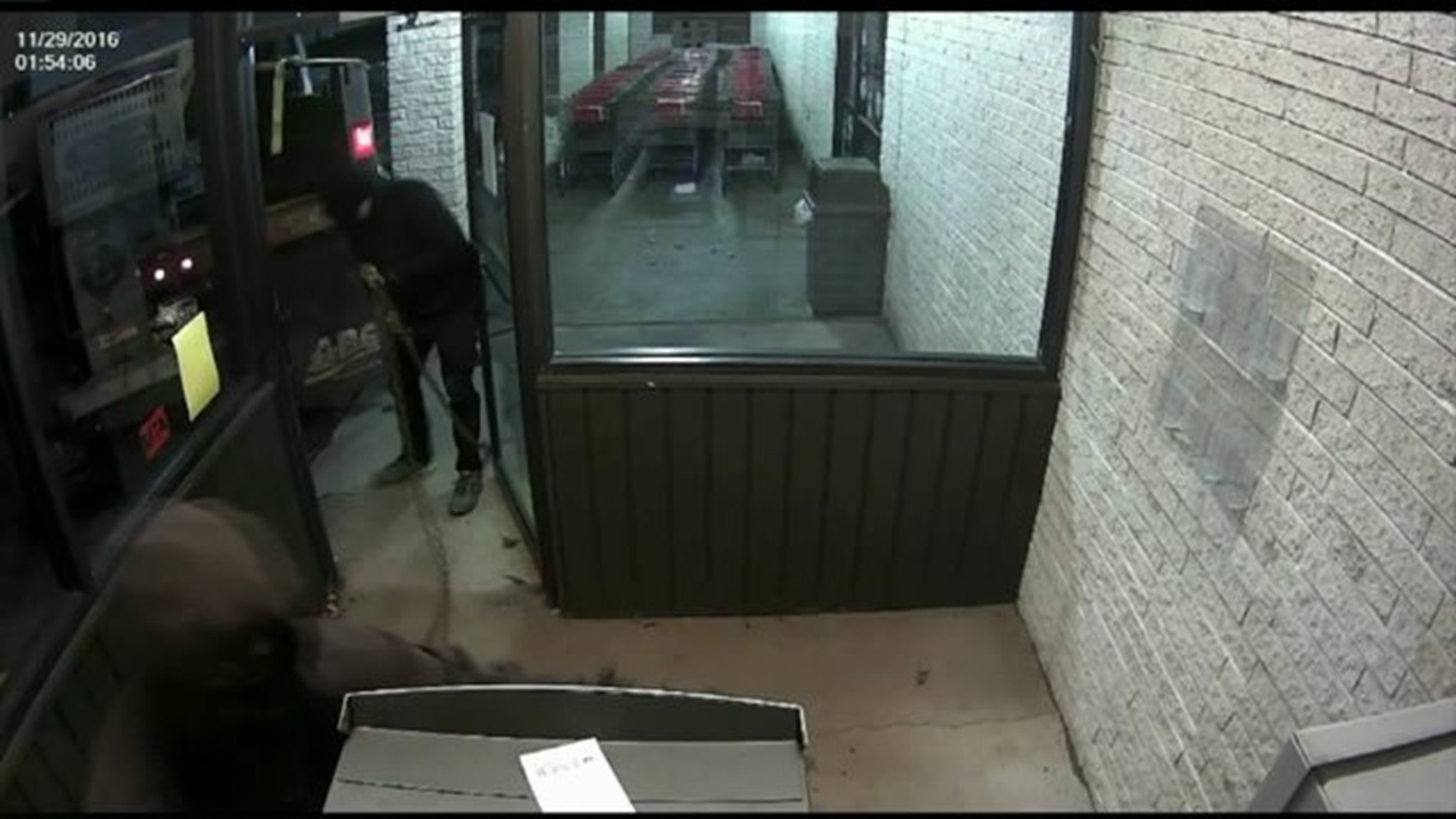 COVINGTON TOWNSHIP -- The glass door was smashed around 2 a.m. Tuesday as the two robbers used a stolen plow truck to pull the machine out of the wall, and a security camera caught it all.

The police tape and empty booth confused customers coming to get cash in the morning. 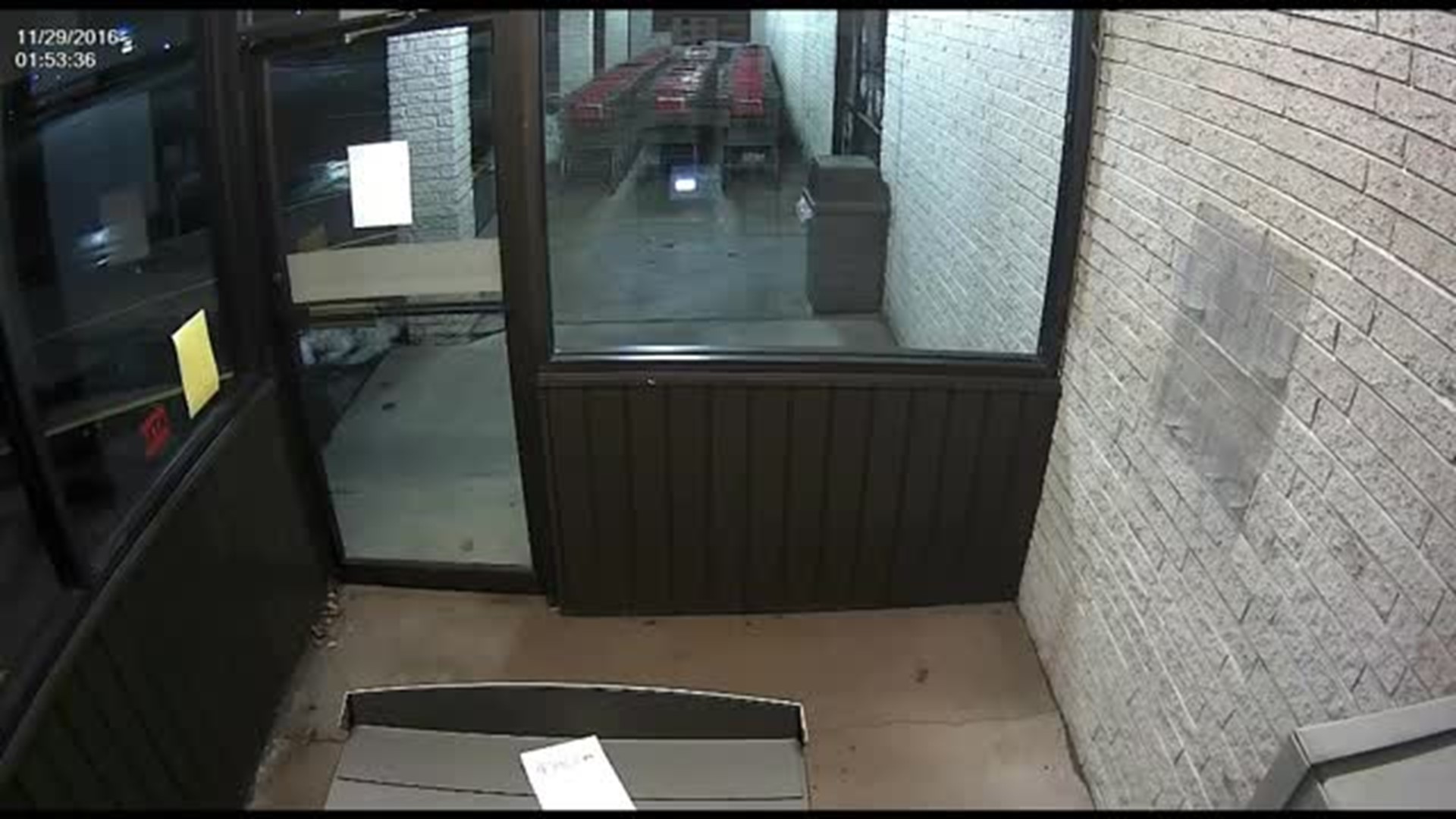 Covington Township police and state troopers are looking for the two masked men who made quick work of the ATM heist. It takes them only about 90 seconds to drive off with the machine full of money.

This all started as an auto theft case. The maintenance staff at Thornhurst Country Club Estates says that they found their plow truck worth $70,000 stolen and that same plow truck was then found in surveillance video in Daleville.

Both sides of the truck bear the name Thornhurst Country Club Estates. The thieves back the truck up to the ATM and carry out their plan, almost like they've done this before.

Shoppers wondered if it was just as easy to get the money out.

"With a sledgehammer, I suppose," said Beers. "That's awful. That's just awful, and I know Bill personally, and I just feel bad for him."

Troopers have since recovered part of the stolen ATM.  The truck was located around 5 p.m. Tuesday on MacKenzie Road in Covington Township  by an off-duty state trooper.

There is no word on how much money the thieves got away with.

State police and Covington Township police are investigating. They're hoping the distinctive plow truck gives the suspects away.

An FNCB ATM outside Bill's ShopRite in Daleville was stolen. Police have surveillance and are trying to track down thieves @wnep pic.twitter.com/J1kwDDpvSw 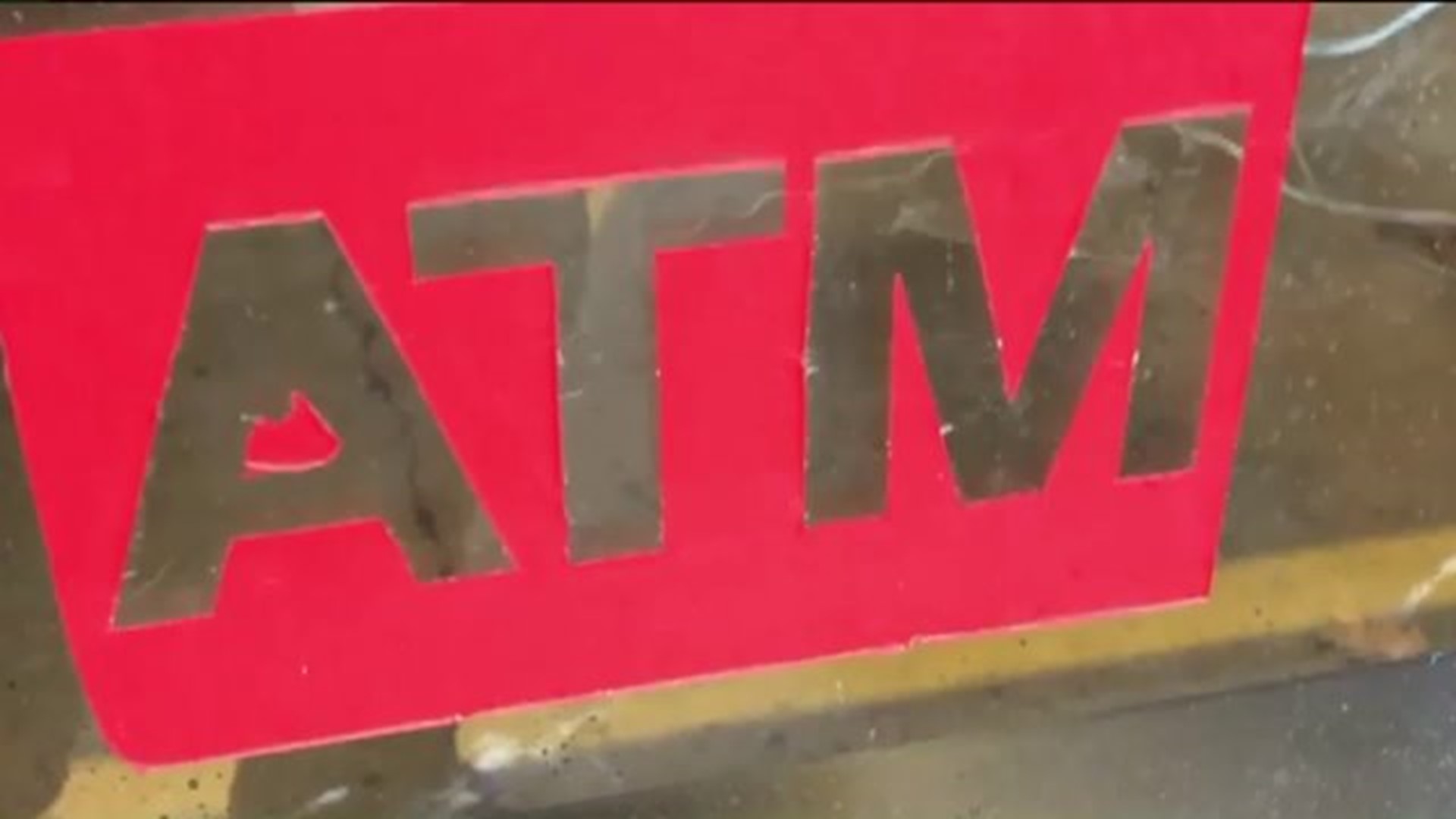