The University of Scranton welcomes back students

Despite the pandemic being on student's minds, they are also excited to be entering the next chapter of their lives. 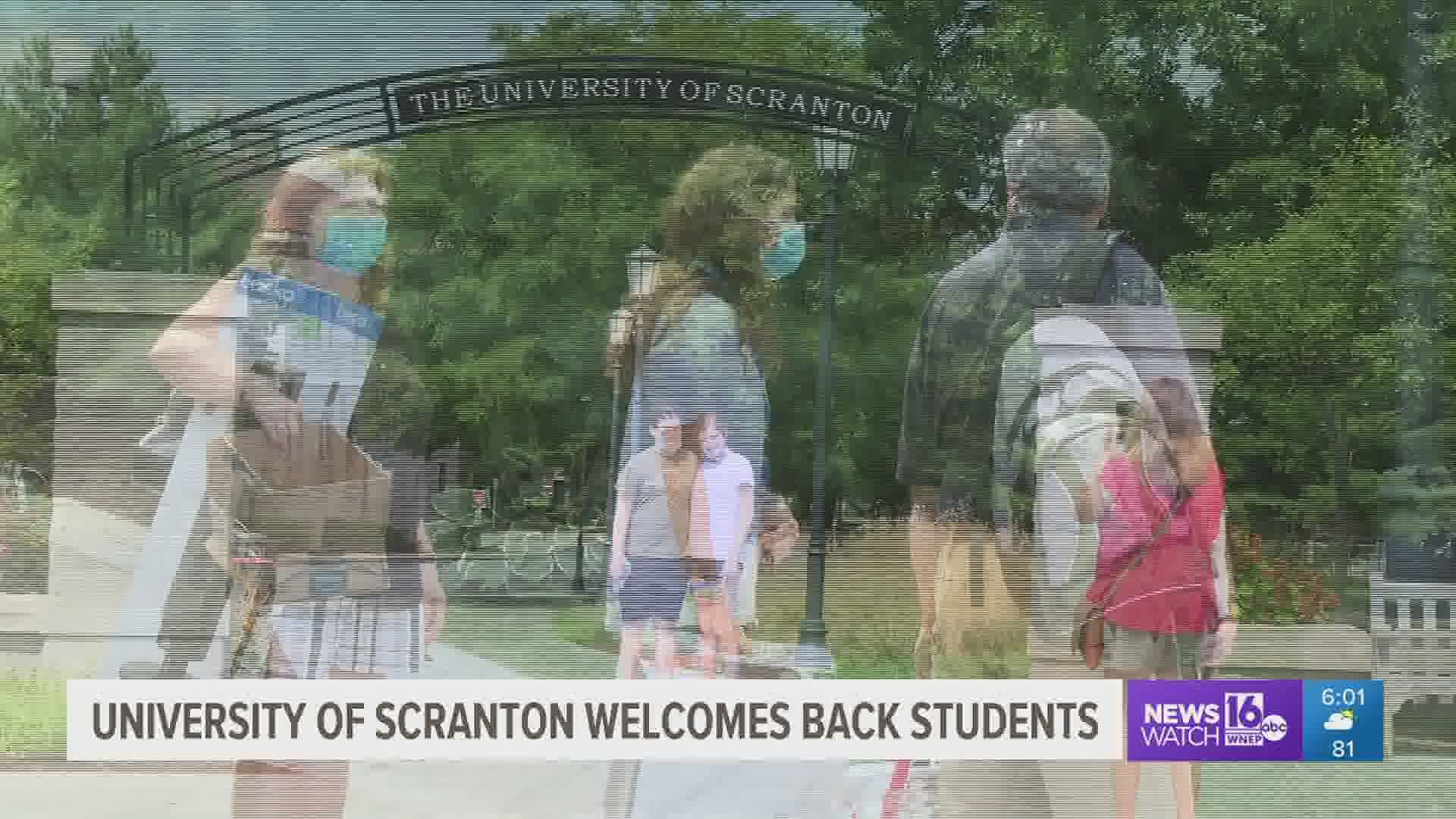 SCRANTON, Pa. — There's a sigh of relief in the air, coming from incoming freshman at the University of Scranton.

It's move-in day and for most of them, it's a day many of them never thought would happen.

"I was very nervous that I would actually come to campus, but now that I'm here and I actually get to see everything and move in it's very relieving and I'm very excited to see what the future holds," Anthony Mazzaro from New York.

But for other students, there was never a doubt in their mind that they wouldn't be dorming on campus.

Staff at the university say they were always hoping to get students back on campus this fall. To make it possible, the university put several safety precautions in place.

The campus is closed to the general public, and hand sanitizing stations and signage are posted reminding student to wear a mask, social distance, and frequently wash their hands.

Move-in day did look a lot different than in other years, but parents tell Newswatch 16 it's a bittersweet moment, but it's one they want their children to enjoy.

For many incoming freshmen and staff, they say being able to move in and be on campus is a step in the right direction.

"I think students are glad just to be back on campus and have some sense of normalcy, even when wearing the mask and things are not the same. I think it's just good to be back," said Zygmunt.

University officials made the decision to move up the beginning of the fall semester so students would be done with classes the day before Thanksgiving in an effort to keep student travel to a minimum.

Classes are set to begin on Monday.