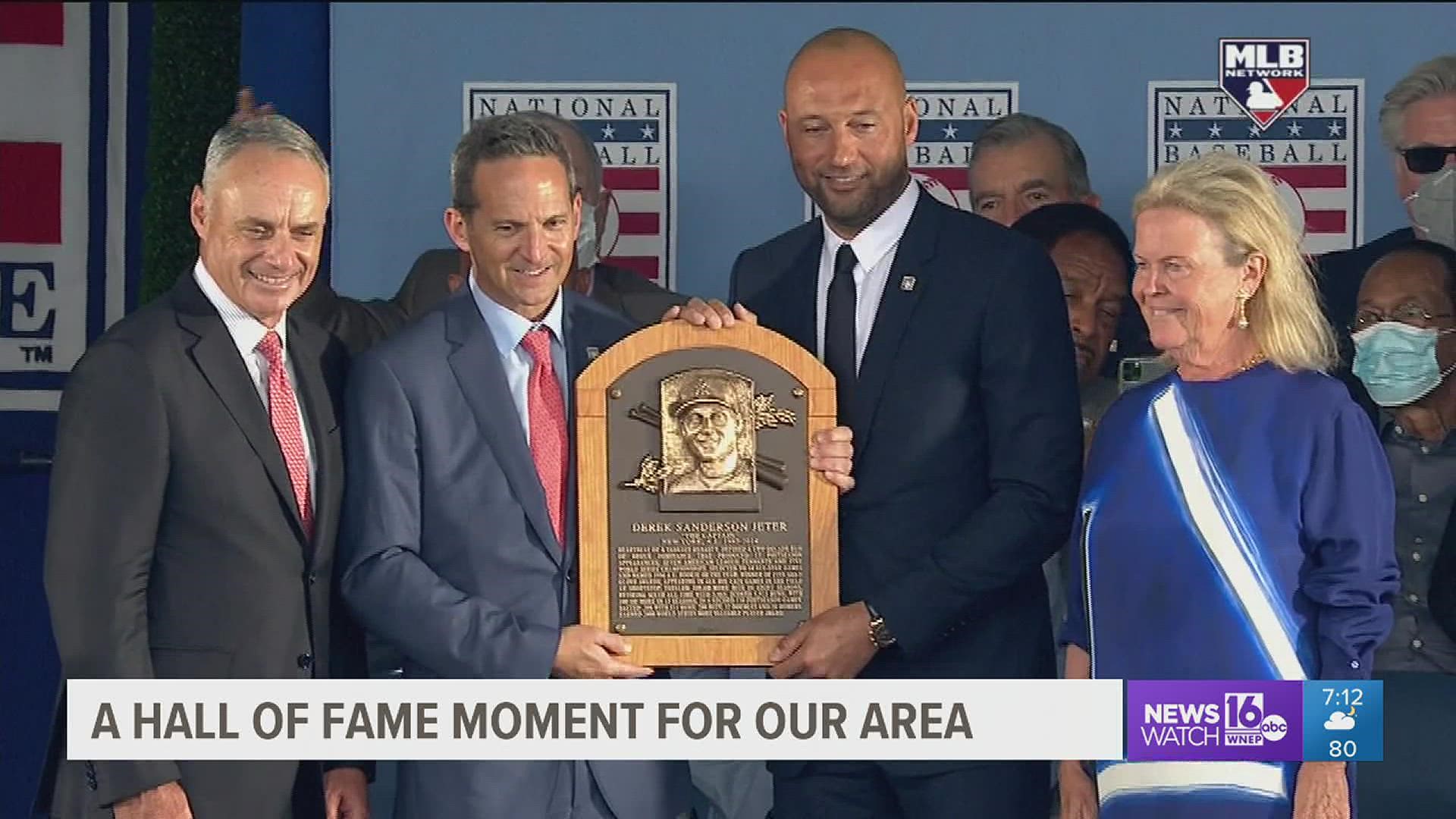 But a few days in 2013, he wore a Scranton Wilkes Barre RailRiders uniform in front of a huge crowd at PNC Field.

Fans flocked to see 'The Captain' play in our area.

"You know you're seeing history when you get a guy like Derek Jeter, a player of his caliber coming through. It's absolutely a huge deal," said Adam Marco, Scranton Wilkes-Barre Railriders.

Jeter's appearance in Moosic may have been short but the impact he leaves on baseball and the team is still felt at PNC Field.

"It's something we can take ownership of and we're a small part of it, a very small part of that career but a Hall of Fame career that made a stop in Scranton-Wilkes Barre.  We'll own that each and every day," said Marco.

Derek Jeter's induction also excites the next generation of baseball hopefuls, watching their idol receive the greatest honor in the game.

"Everyone grew up loving Derek Jeter so it's pretty cool to be able to watch the whole process of his career and have it turn out in such a great way," said Connor Harding, University of Scranton baseball player.

"I think skill is a big part of it but it's also how you handle yourself.  He wouldn't be respected or be who he was if he didn't have that extra.  He had the satisfaction that everyone wanted to watch him and wanted to go see him," said George Jenkins, University of Scranton Baseball.

Hunter Ralston is from Duryea and remembers when Jeter played his rehab stint in the area and had hoped to see his all-time favorite player in action.

"It was hard to get a ticket, you could barely get into the game.  Most people missed the start of the game because of how many people were waiting to get into the parking lot and into the game.  It's pretty cool to see someone that high up in the league play in the Triple-A system around your area," said Ralston.

#2 is now forever enshrined with all the greats of the game in Cooperstown.