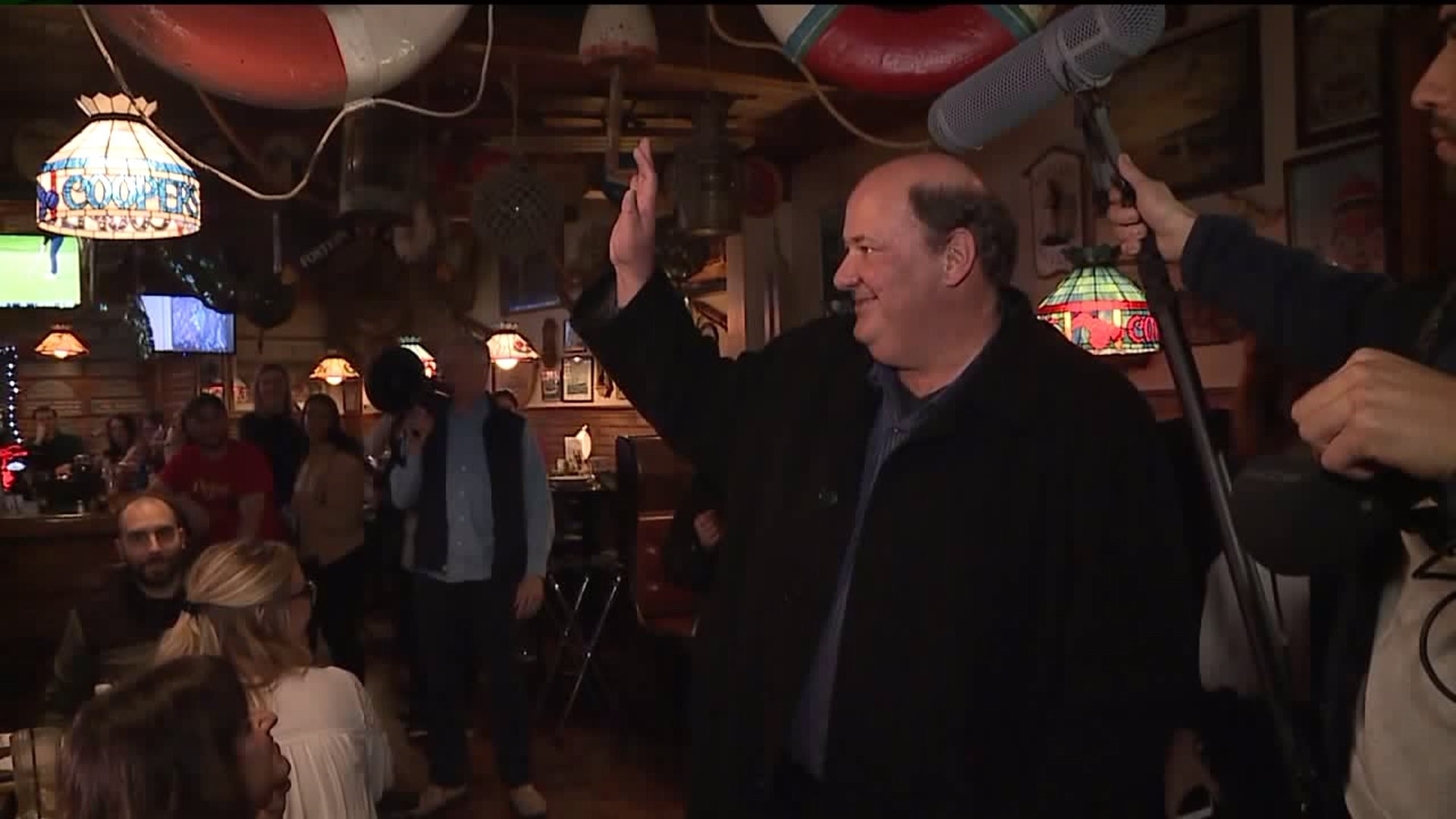 SCRANTON, Pa. --  Brian Baumgartner is known worldwide to fans of the hit tv show "The Office" as Kevin Malone. The fictional show centers around a Scranton based paper company.

Baumgartner came back to the place his character Kevin called home, and fans greeted him at Cooper's Seafood House.

"I'm from Georgia, and I live in California, but Scranton still somehow feels like home," said Baumgartner.

In Baumgartner's role as Kevin Malone. He was known for his blunt jokes and poor communication skills. Kevin was a key part of the accounting team at Dunder Mifflin.

Now, almost seven years after "The Office" ended Baumgartner is back with a film crew of his own.

"I thought, you know what, I think I need to go back to Scranton and say hi to some old friends and hear what "The Office" is now, what it means to the town now," said Baumgartner.

He is using this trip to speak with people in the Scranton area about the show's impact.

"For us, it has been huge because we get so many customers from Canada from Australia that make it a point to come to come to Scranton to see where "The Office" was filmed," said Paul Cooper, co-owner of Cooper's Seafood House.

Cooper's Seafood House is mentioned on "The Office" five times. A film crew even came here to shoot video of the restaurant for the show.

"They filmed a bunch of different scenes, and some of them ended up being on the show," said Cooper.

Now fans lined the hallways of the restaurant to meet one of their favorite Office stars.

"I just found out yesterday, and I was like automatically, I have to come and see this dude. I'm such a big Office fan, so," said Sam Hartman of Taylor.

"We have a great community in Scranton, and everyone loves this show so much," said Kevin O'Shea of Archbald.

Baumgartner also stopped at Backyard Ale House, where the cast hosted a wrap party when the show ended back in 2013.

There was a long line of people waiting on his bartending skills.

"I'm really happy to kind of carry on the tradition and have my vodka cran made by the one-and-only Kevin Malone. So it's just very exciting," said Colleen Boyle of Scranton.