The restaurant, which closed late last year, is back open under new ownership, but with the same goal in mind. 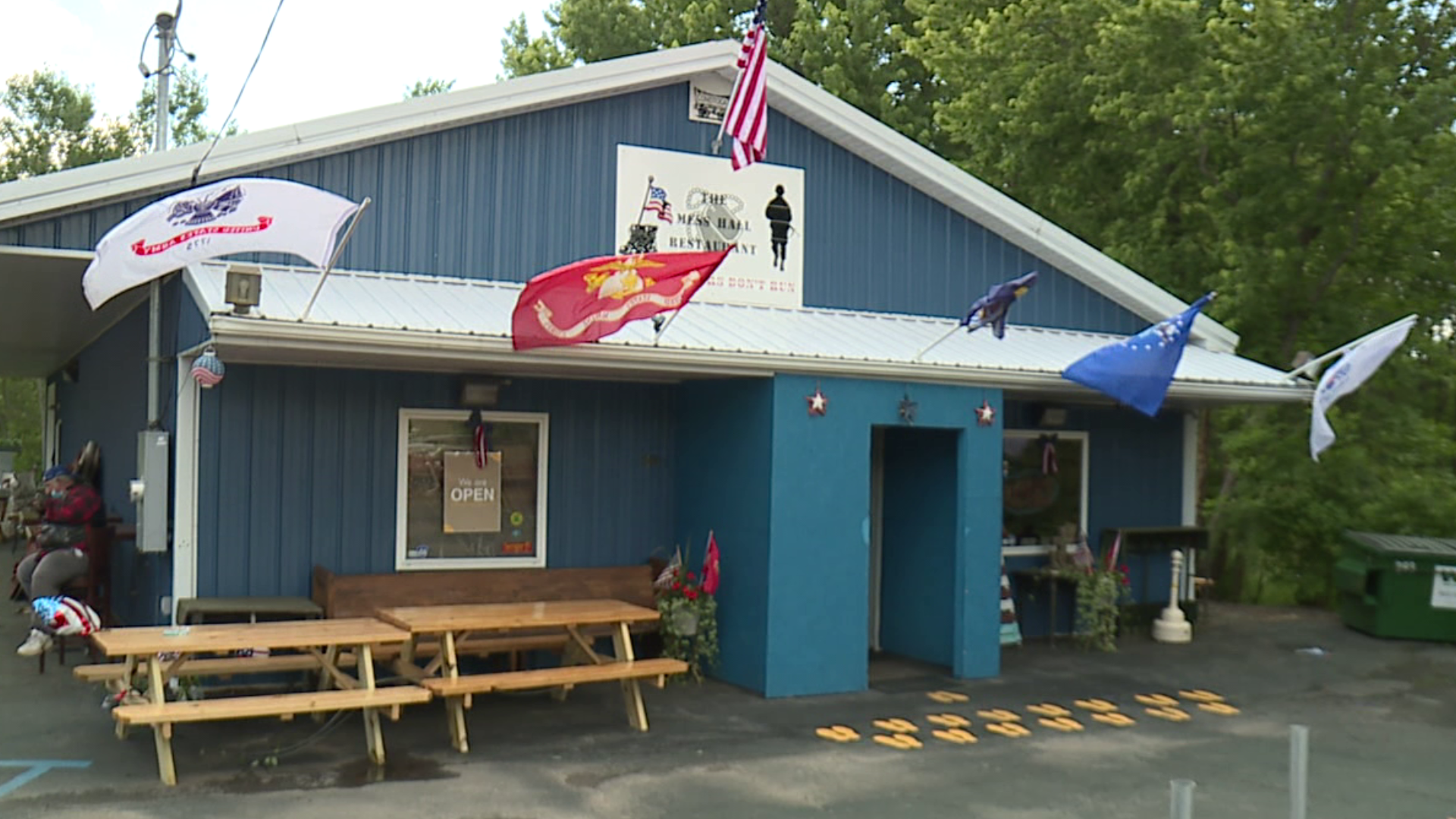 MOSCOW, Pa. — Kelli Borelli's goal is a simple one: make sure our nation's heroes are never forgotten.

That's why she bought The Mess Hall, a restaurant in Covington Township that serves those who have served our country.

The place closed late last year after the owner had to deal with medical problems.

"In here, I get encouragement and strength from my father and every soldier in here. So I couldn't let it shut down," said Borelli.

She bought the restaurant in his honor, and people who used to be regulars here are happy to be welcomed back.

"I'm excited. Because I do a lot for the vets, so now I have somewhere to go and help them out," said Mark Hoffman, of Spring Brook Twp.

"We have retired veterans who spent 8 hours building picnic tables so I could have customers outside because they knew how long we were closed," said Borelli.

While The Mess Hall has changed owners, it hasn't changed its mission.

"So just to know that nobody's gonna go hungry and my doors can stay open and I can still help. There are days where we have two customers, but honestly, I'm still not gonna close," said Borelli.

Borelli changed up a few things inside - added some photos of unknown soldiers to the tables, and a memorial garden out back.

But she's keeping the Mess Hall's custom intact of giving out food to any vet who's in need.

"I had a gentleman come in this morning, retired navy gentleman, Jerry, who took some hamburger, and I mean, he was excited that he could have spaghetti tonight!"

Borelli knows, it's about more than spaghetti - it's about support. She intends to continue providing that.