SCRANTON — The revitalization of a downtown Scranton neighborhood is getting a big boost Friday night. The Leonard Theater threw an 80’s style bash ... 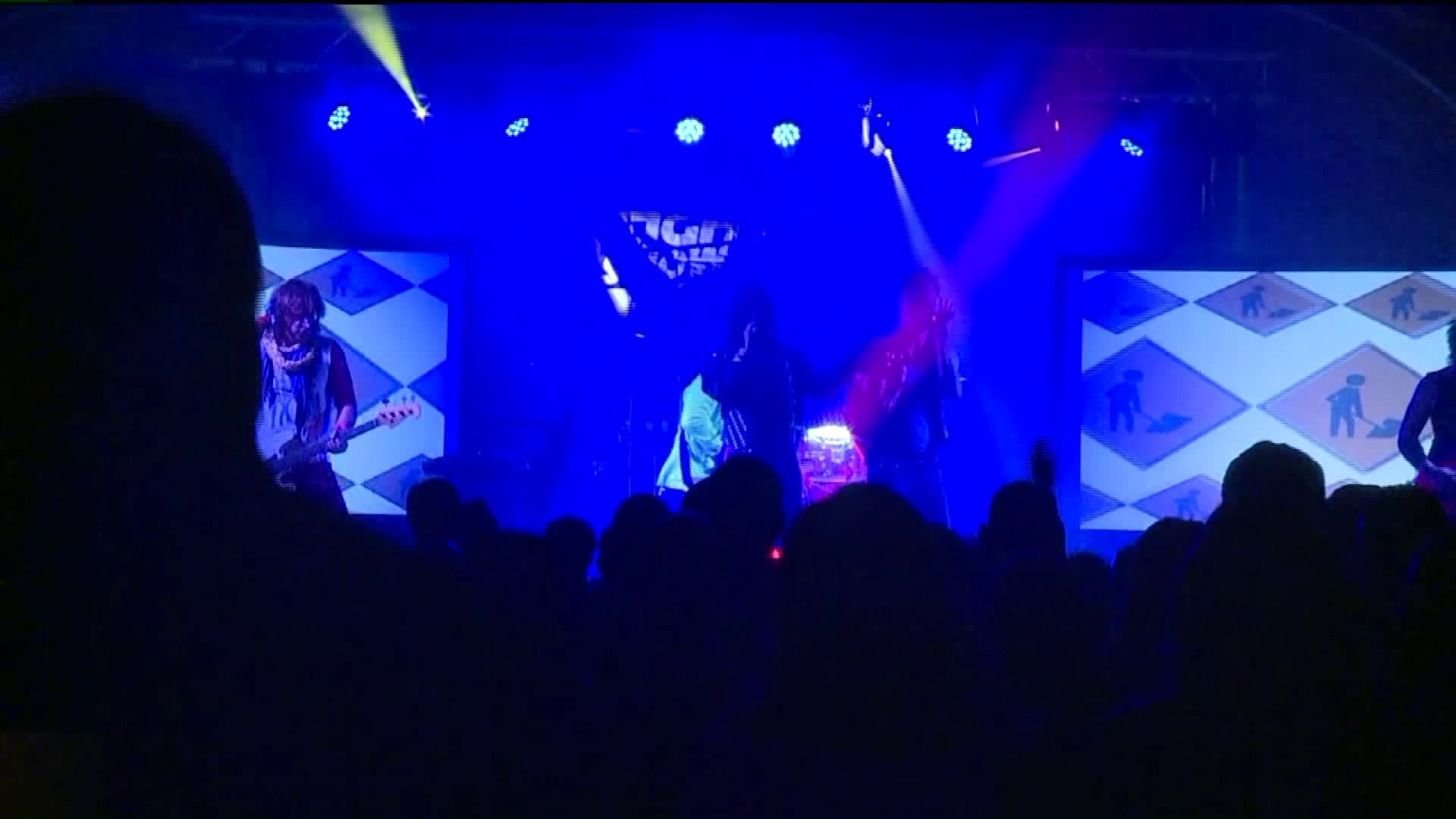 SCRANTON -- The revitalization of a downtown Scranton neighborhood is getting a big boost Friday night.

The show sold out, making it the largest event at the Leonard since it opened in 2014.

“It is awesome, it's a great New York band and we've waiting for something like this for a long time, Scranton loves them and everybody loves the 80's,” said Amber Familetti from Scranton.

Many said its great to see new life in this building.

It was the former Moonshine Theater which sat empty for about a decade until new owners took it over.

“It’s perfect, it's a perfect venue, it really is,” said Leanna Brazil from Scranton. “So glad for something like this to be downtown.”

“For like 10 or 15 years it hasn't been used, so it`s nice that they restored it, absolutely is,” said Bernie Maoeolski from Scranton.

The owners see this theater as a large part of improving Adams Avenue.

“Adams Avenue in general is going to be revitalized. We're part of a plan to work with Scranton Counseling Center and rehabilitate the entire block,” said Jessica Kalinoski with Jefferson-Werner, L.L.C. the investment group that owns The Leonard.

“Anything going on to bring people back down to the city, we love it, we love seeing things,” said Christian Pilosi, the owner of Eden – A Vegan Café. “Our neighbors, we got Loyalty Barber Shop and everybody here at The Bog's great, things have been ramping up at The Leonard, we like seeing that.”

And calling it The Leonard has ties to the past as this building once held the former Leonard's Hardware Store.

Now it's a new destination location for Scranton.

Mike Smith and his wife came in from Rochester, N.Y.

“We have a friend that's the drummer in the band that plays in New York City,” said Smith. “It was four hours here rather than six hours there to New York City.”

“It’s good for downtown, absolutely we have to keep a lot of people here so we don`t want them going somewhere else,” said Brazil.