The Forecast Calls for Snow Tires

TAYLOR, Pa. — If you don’t have your winter tires on yet, you’re late to the game according to mechanics in our area. The rush is on to get ca... 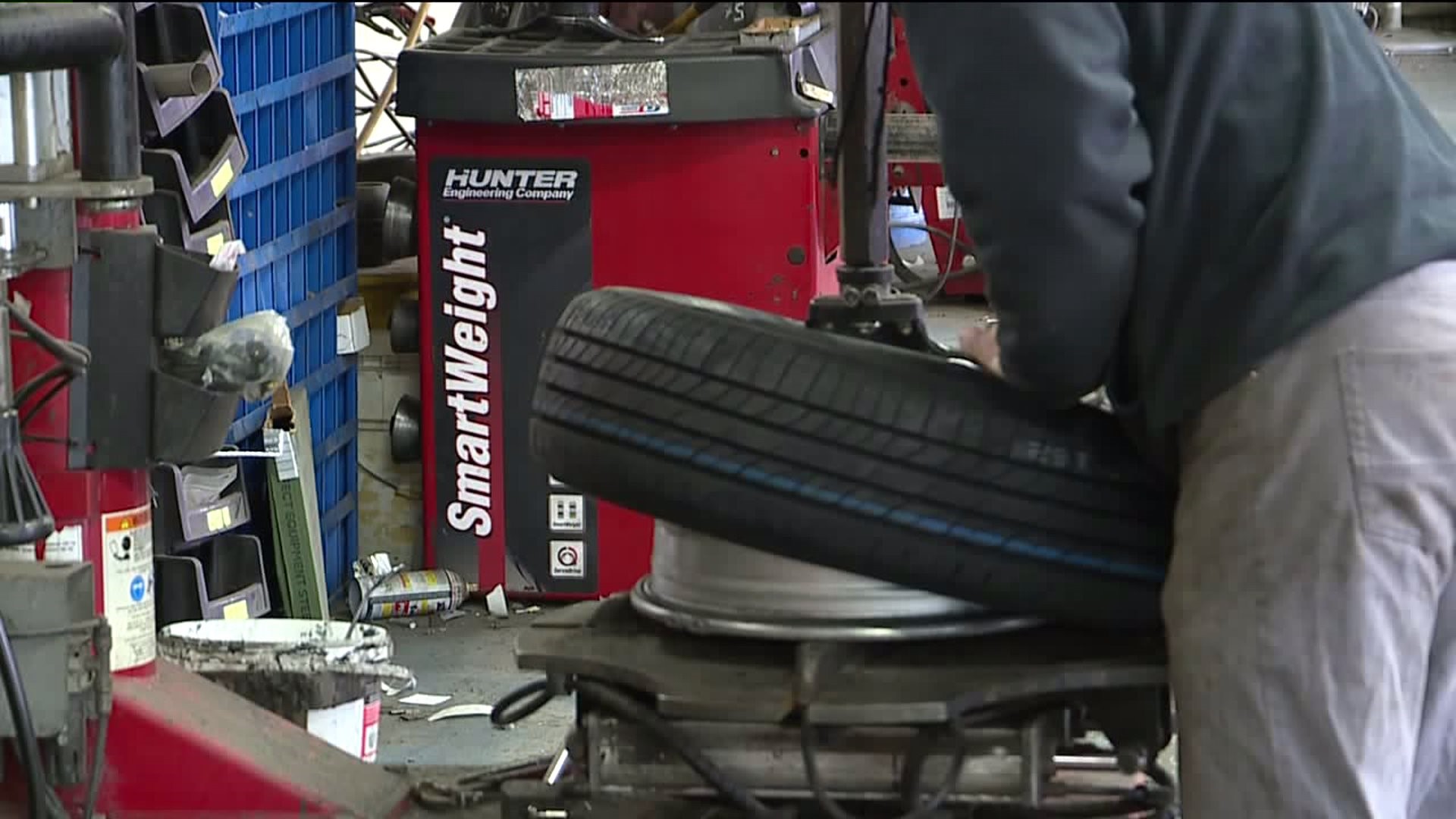 TAYLOR, Pa. -- If you don't have your winter tires on yet, you're late to the game according to mechanics in our area.

The rush is on to get cars ready for the winter season.

When we walked into Steve Shannon Tire and Auto Center in Taylor, mechanics knew exactly why we were there. With snowflakes in the forecast, these guys are ready to swap regular tires for winter wheels.

The shop's manager says snow tires are better in the winter than all-season tires.

"You can have all the safety features in the world but if you don't have good tires on your car they don't work," said Jerry Preschutti of Archbald.

Jerry Preschutti drives an SUV with rain detecting windshield wipers and a vehicle proximity alert system, meaning the car can stop itself if it gets too close to another vehicle.

Preschutti still came to Steve Shannon to order snow tires which he describes as the best safety feature on his car.

A final word of advice from the guys at Steve Shannon in Taylor, if you choose to put your snow tires on at home have a mechanic double check your work.

"Sometimes people will mount their snows, and they don't balance them. If you don't have a balanced wheel you'll get wobble, you're gonna get shake and your car can wander," said Cody Wagner.

The guys say they'll be working late to make sure all their customers are ready for the weather.