DUNMORE, Pa. — At Dunmore High School, the football program has a proud history. Much of the Bucks’ success has been fueled by three brothers; two h... 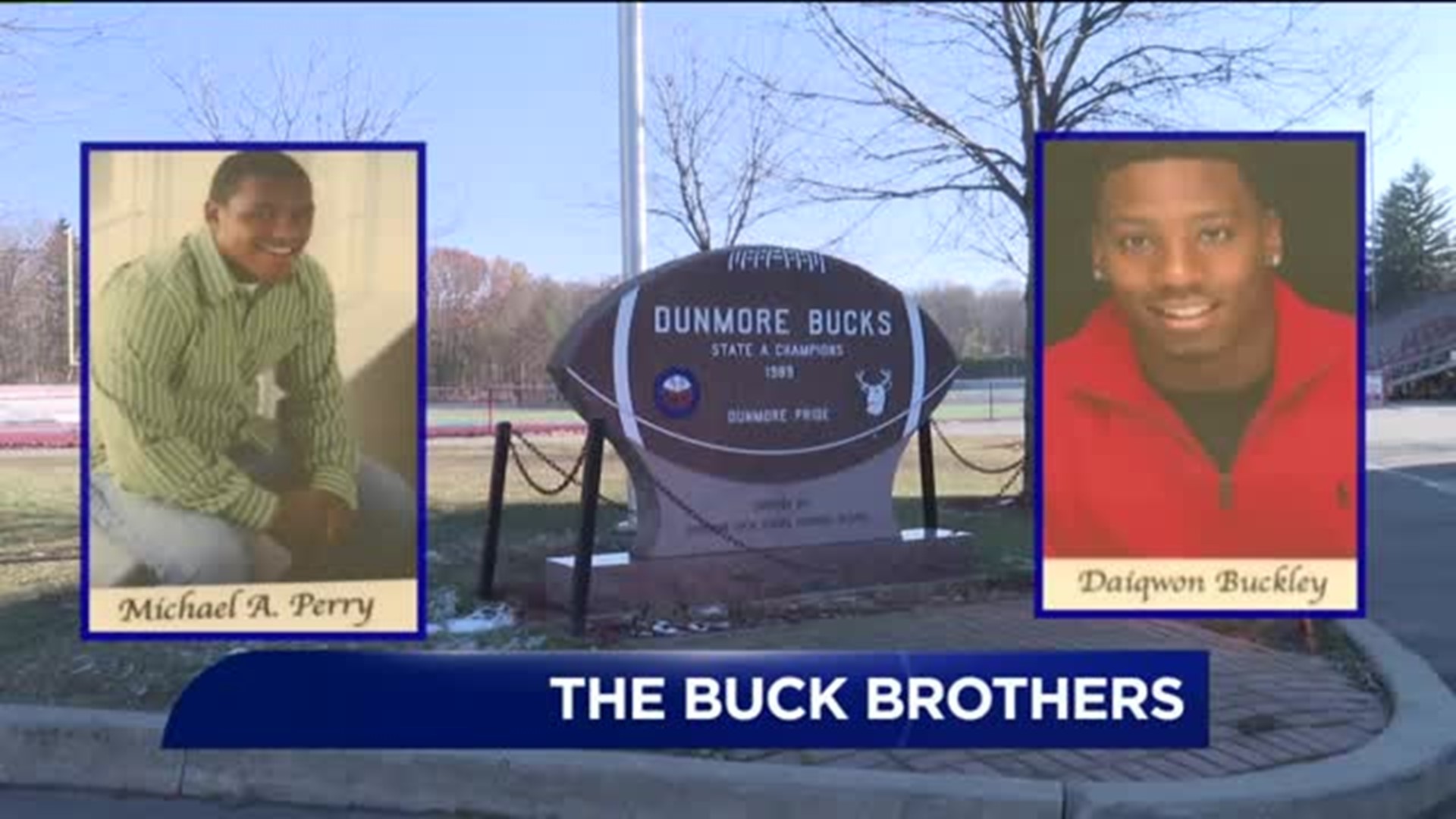 DUNMORE, Pa. -- At Dunmore High School, the football program has a proud history. Much of the Bucks' success has been fueled by three brothers; two have already left their mark on the field. The third is currently trying to leave his.

"He has more speed and more quickness than those guys did. He's able to do some different things for us that they weren't able to do, even though they might say they could do those things," McHale said.

McHale cracks a smile when he's referring to Buckley's brothers Michael Perry and Daiqwon Buckley, two of the best running backs to ever suit up for the Bucks.

Almost every day, Cristian walks by his brothers' jerseys that are currently framed outside the gymnasium.

"It's awesome, to be honest with you. To be able to carry on the tradition, it's just amazing. It's an amazing feeling," Buckley said. "I use it as motivation. I want my jersey to be up there with theirs."

"They're all just great teammates and they're extremely coachable and they're great leaders for us. The other kids look up to them. On top of their skills and their ability, they were all great kids who bettered our program," McHale said.

Speaking of pressure, both Michael and Daiqwon led Dunmore to state championship games. Cristian has not but the Bucks take on Bishop McDevitt Friday night in the first round of the state playoffs.

Cristian still has one more year left to chase his brothers' statistics and cement his own legacy.