'The Bachelor' possibly doing a spin-off for seniors

A casting call has been put out for a new reality dating show for people over 65. 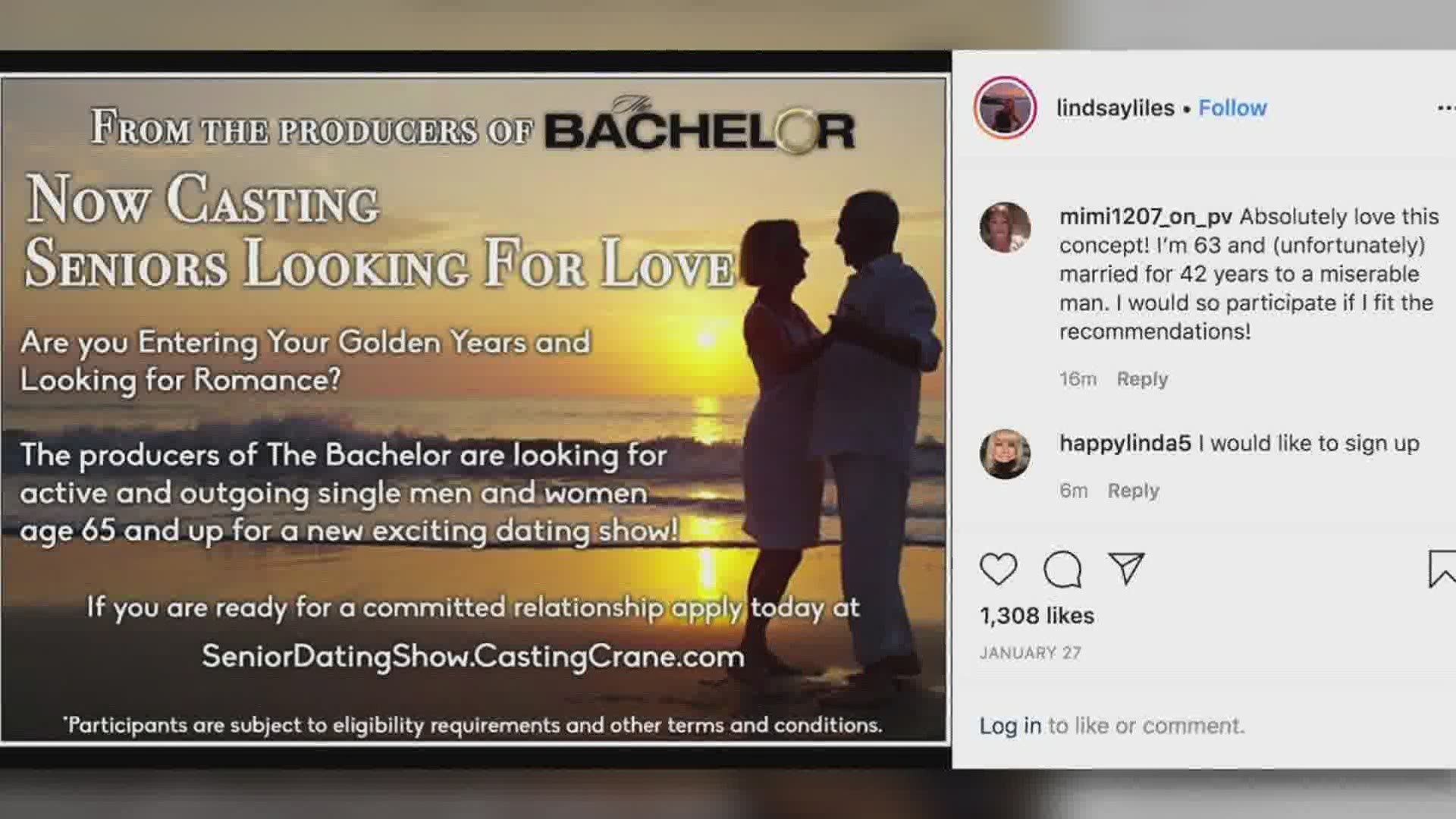 WILKES-BARRE, Pa. — After 24 years on the air, the ABC reality show "The Bachelor" is well known and clearly well enjoyed.

The show that has female contestants competing to find their one true love even led to the birth of "The Bachelorette."

But now it appears ABC is looking at another spin-off.

Producers say they are now casting for seniors looking for love!

"That's dope! That's dope," said Sean Carter from Wilkes-Barre. "I like that, that's a good idea. I love to see old people get back in their grove, why not?"

That's right, for those 65 years and up, if you want another shot at romance, this is the chance.

The head producer even tweeted:

"Oh, that should be hilarious. I would watch it. They can certainly live and find love," said Caroline Williams from Wilkes-Barre. "Yeah, absolutely they do, absolutely."

"I want to be cast for the show," said Hason Trowell from Wilkes-Barre.

"Absolutely, go for it," laughed Williams.

At Highland Park Senior Living near Wilkes-Barre, the residents say they're the target audience for something like that.

But when asked if they would go on the show.

"No!" barked Peter Astarga. "Because I don't want to make a fool of myself."

"No, I had one man in my lifetime, and he's the only one I ever want," said Thelma Bosch.

Still, there were some that were game.

If you're a senior and interested, there's an application for the show posted online.

RELATED: 'Bachelor' for seniors is coming to ABC