SCRANTON, Pa. — Employees of The Arc of Northeastern Pennsylvania work with individuals with intellectual and physical disabilities every day. This year, ... 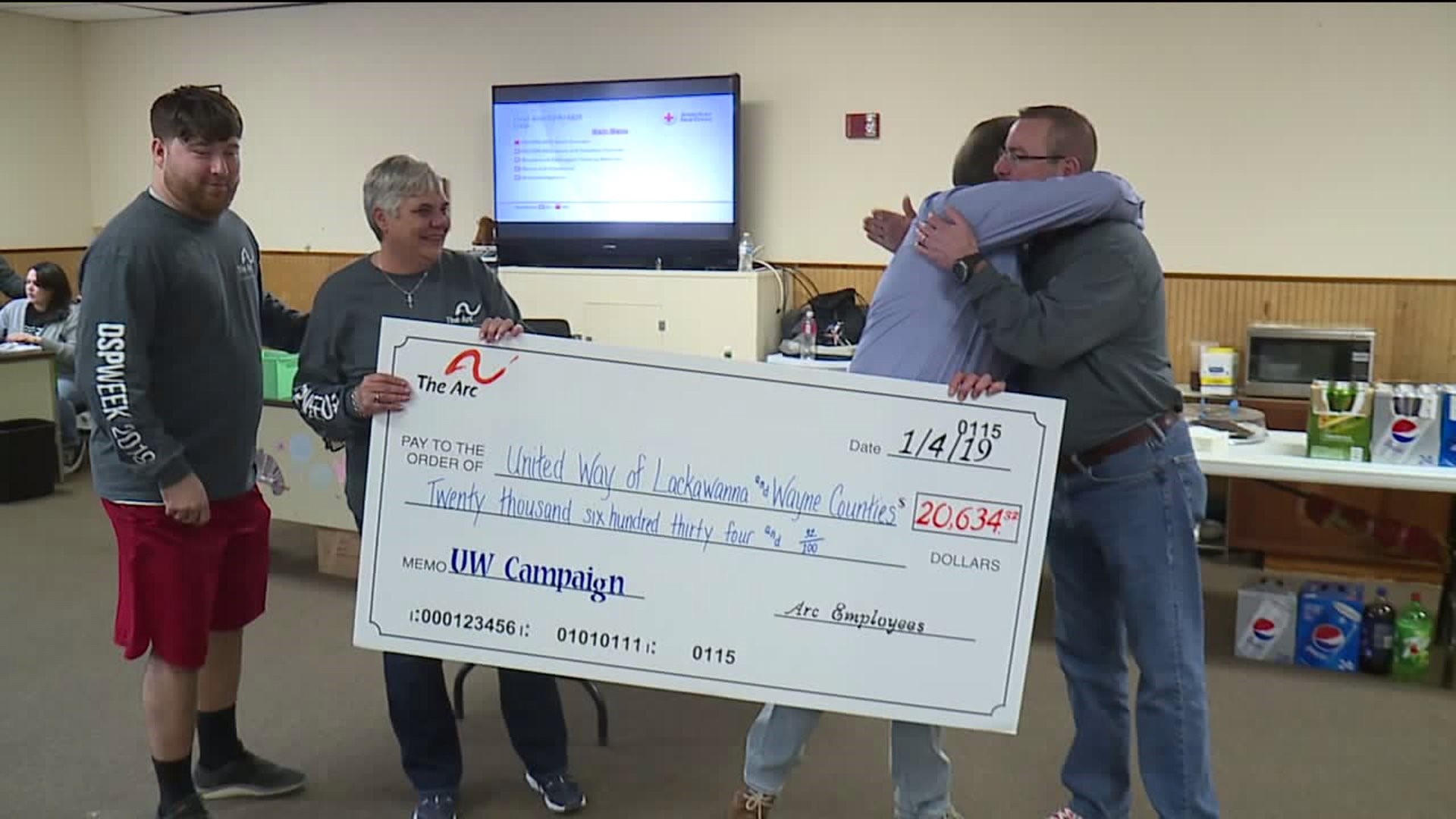 SCRANTON, Pa. -- Employees of The Arc of Northeastern Pennsylvania work with individuals with intellectual and physical disabilities every day.

This year, during the company's annual United Way campaign, they showed just how selfless they are.

Friday afternoon, employees of The Arc settled in for a meeting. The only thing between them and their weekend. But don't get them wrong, they were happy to be there. Lee Clifford calls it the best job he's ever had.

"I spent, probably, I don`t know, close to 25 years in plastic factories and warehouses, creating garbage pretty much, for that long. So, at least the things that I`m doing now have a positive impact on people," Clifford told Newswatch 16.

That impact will now spread far beyond their office on Meadow Avenue in Scranton. The staff meeting was a celebration of The Arc's very successful United Way fundraising campaign.

Of all the human services agencies in Lackawanna and Wayne counties that contributed to the United Way campaign, The Arc of Northeastern Pennsylvania gave the most ever.

Drapek told Newswatch 16 the 160 employees from The Arc contributed more than $20,000 dollars of their own pay. That amount is unprecedented even for employers that are able to pay their workers more.

"They love what they do and that`s why they do it, and you know, the profession is underpaid and they still make the sacrifice for United Way, and that to me, again, makes them heroes in my eyes," said Patrick Quinn from The Arc.

The Arc receives some United Way funding to support its programs. So, in a way, the workers are giving their earnings back to their own workplace.

"You get rich in a different way, you know, you come home at night or in the morning or whenever, and you`re doing good for people, you`re helping people, you`re changing people`s lives," Clifford added.