CLARKS SUMMIT, Pa. — A high school freshman from Lackawanna County is the king of the Kings, recently crowned the best Elvis impersonator in the country a... 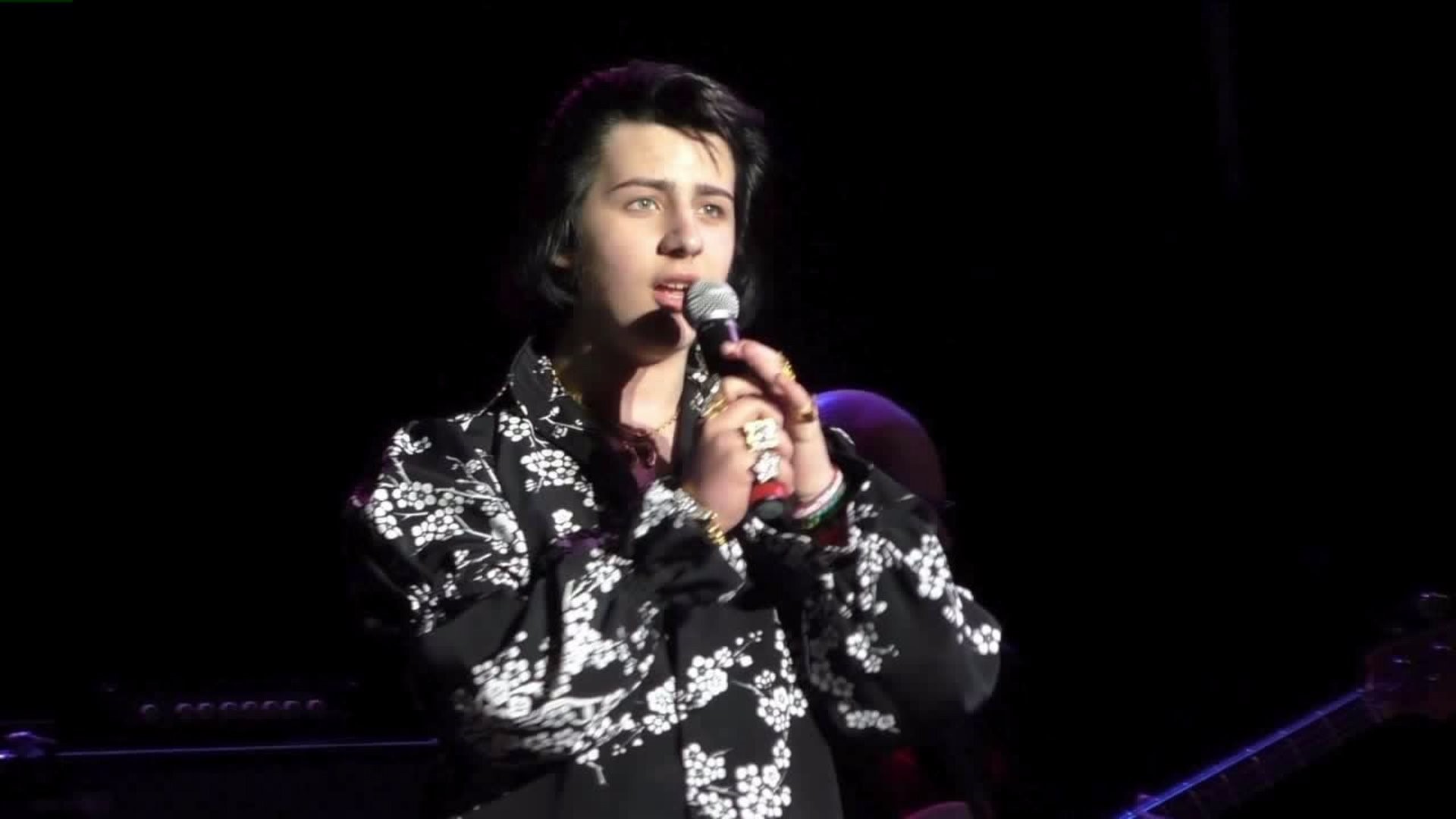 CLARKS SUMMIT, Pa. -- A high school freshman from Lackawanna County is the king of the Kings, recently crowned the best Elvis impersonator in the country among kids his age.

He's got the look, the hair, the jewelry. He's also got the voice.

Clarks Summit native Gino Mercuri performed last week in Elvis Presley's hometown of Tupelo, Mississippi where he won the national Elvis Tribute Artist Youth Competition. It's a crowning achievement for a lifelong fan of the King.

"Oh, I like everything about him," Gino said. "I think his voice is great and the emotion he puts into his songs, the things he buys -- cars, jewelry, everything like that."

Gino is wrapping up his freshman year at Abington Heights High School. In fact, he missed a few final exams to travel to Mississippi last week for the competition. It's all about a love of a type of music that many of his classmates don't understand.

"I'm not a big fan of the music on the radio now. I really don't listen to it at all. I don't know what it is about it. I like the older style of rock and roll."

And for the past two and a half years, he's performed in front of a mostly older audience.

"Yeah, they get into it. As a matter of fact, there's a lady at Telespond, when I go there, the same lady, she always comes to see, and she cries every time," Gino said. I don't know why. I guess she likes it!"

A crowd of 1,000 also liked his performance at the end of the competition.

"I did 'The Wonder of You.' The song I did, that's my signature song," Gino said.

The performance earned this copy of the King a standing ovation.