The place in Taylor was busy Monday morning with people working out. 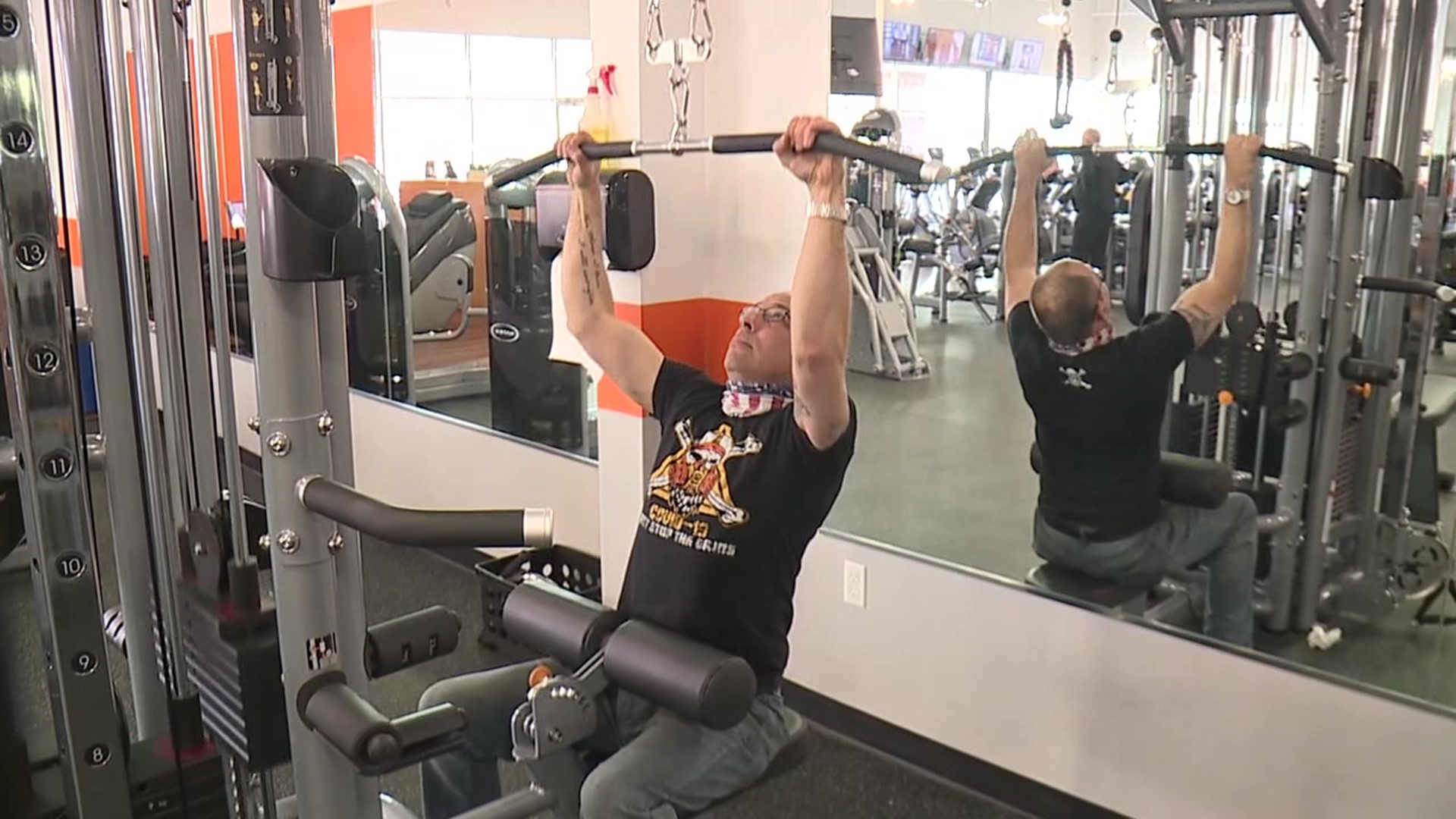 TAYLOR, Pa. — A gym in Lackawanna County opened its doors on Monday and was cited by police for failing to follow the state's shutdown order.

10X Fitness in Taylor opened its doors, not because they're looking to make money after weeks of being closed. They're letting people work out for free.

Co-owner Daniel Cronauer says they opened to protect the mental health of people who have been cooped up for too long.

"We decided to open because we felt that the mental health of people was starting to deteriorate the longer this quarantine went on."

So, instead of TV shows, the gym is displaying new safety guidelines on its screens. 10X is not requiring masks but is asking people to sanitize machines and limit the length of their workouts.

"We've cleaned like we have corona all the time. Our staff is, literally, one of our mission statements is to be the cleanest gym in the area. We have been. We clean all the time; our staff is always cleaning. But, special precautions, we're requiring all members to wash their hands before touching any of the equipment," Cronauer said.

The gym was busy first thing in the morning. People working out told us they weren't worried about the risks.

"You can sanitize any machine; you can wear a mask, if somebody's close, there's ways around it, there's ways to protect yourself. So, just be smart, and you're good," Mike Lyons said.

Gyms are one of the businesses that have not been allowed to open statewide, especially in a county like Lackawanna, which is still in the red.

"I have a sworn duty as district attorney to uphold the law," said Lackawanna County District Attorney Mark Powell. "I would strongly urge the owners of non-essential businesses to continue to follow the law to keep folks safe. Law enforcement will attempt to educate business owners on what is allowed under the governor's order, but those who continue to defy the law will be cited."

Taylor police did cite 10X Fitness on its first day back open, and the police chief says they'll issue more citations if the gym continues to open its doors, which could lead to an injunction forcing the gym to close.

The gym reopened again on Tuesday.