DICKSON CITY, Pa. — Christmas shopping was cut short for many at a store in Dickson City. Customers say they were forced to leave their shopping carts beh... 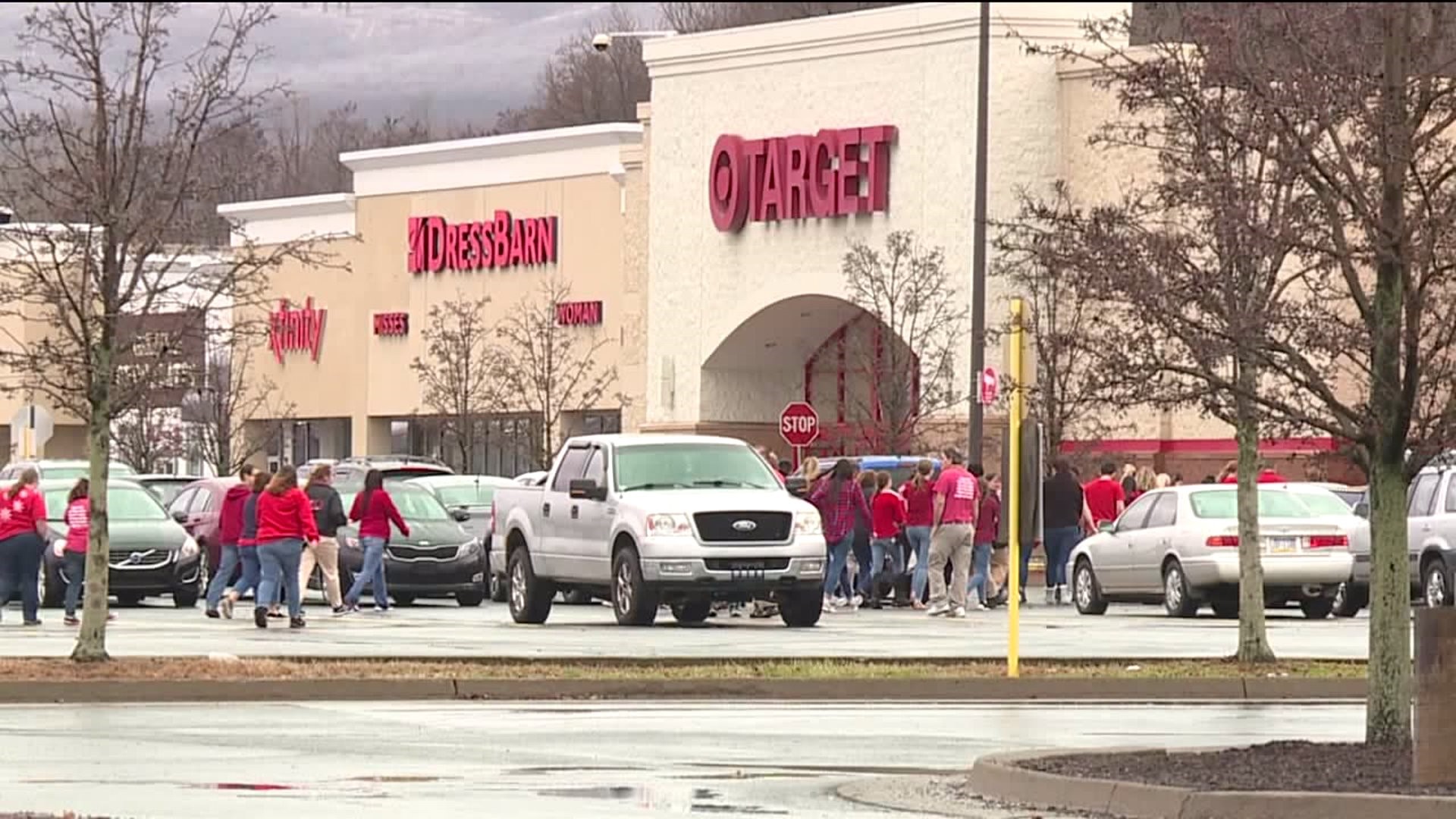 DICKSON CITY, Pa. -- Christmas shopping was cut short for many at a store in Dickson City. Customers say they were forced to leave their shopping carts behind.

Police evacuated the Target shopping center Sunday morning after they say a man was acting suspiciously. He was arrested and found with weapons.

When police confronted him and asked him to leave the store, they tell Newswatch 16 they noticed a countdown timer on his cell phone.

That's when everyone was forced out of the store and a bomb squad moved in.

"A target employee came up and was very calm and nice and was just like, 'Hey, want to just leave your cart and head outside? We're just gonna evacuate," said shopper Michele Newberry.

Investigators say several stores in the shopping center were evacuated, and the parking lots were closed.

Investigators did not find any explosives in Simon's backpack or his car, but they did find four knives.

These are some of the items investigators say Simon had in his possession at Target in Dickson City. pic.twitter.com/CGUlvuVPV3

"The suspect's cell phone and his bag were left remaining at Target. The Scranton bomb squad was requested as well as the K-9 unit of the Lackawanna County Sheriff's Department were requested to assist immediately," said Lackawanna County First Assistant District Attorney Judy Price.

Authorities say Simon was evicted from his home in September after his wife filed for protection from abuse.

Price tells Newswatch 16 Simon was likely living in his car for the past four months. Electronic devices found in his car, which was parked in the nearby Walmart parking lot, will be thoroughly searched by investigators.

Employees @Target in #DicksonCity are being let back into the building after an incident here. Will have more information within the hour from Dickson City Police @wnep pic.twitter.com/n3OcGjyRdO

Newswatch 16 spoke to shopper Michele Newberry by phone. She was inside Target at the time and now is left concerned for her safety when shopping.

"It completely blows my mind that like where you think you're safe, you're not safe. Online shopping sounds like a much better idea or even how they do the pick up now or the Instacart. I kind of was just like you're not really safe anywhere."

Simon is locked up, facing charges including terroristic threats and trespassing.

Police say they tried to ask Simon what the countdown timer on his cell phone was for, but Simon told them he is taking a vow of silence and would not give them any details.