Students from several area schools have qualified for Odyssey of the Mind World Finals later this month. Newswatch 16’s Ryan Leckey spotlighted some of the loca... 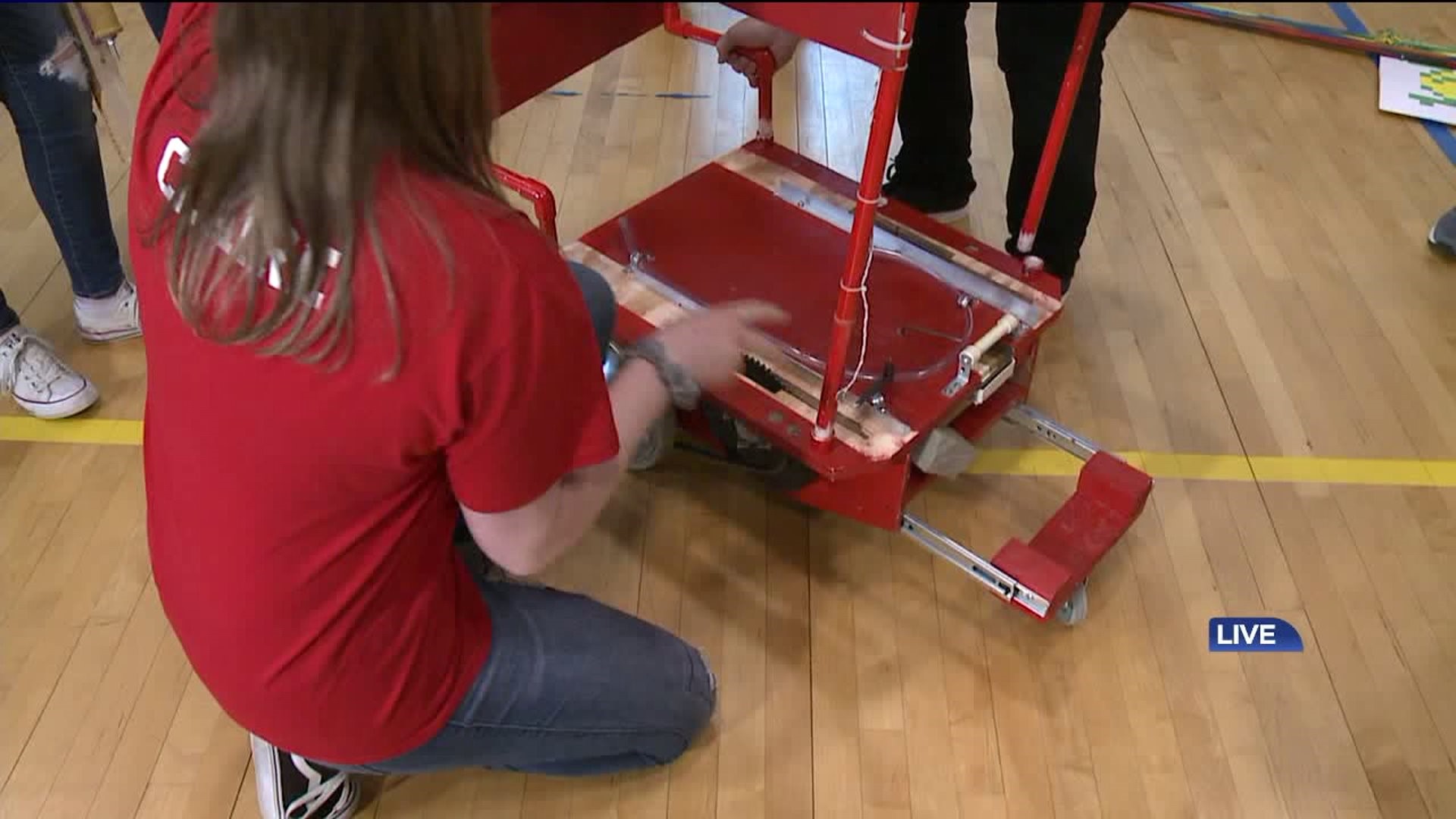 Students from several area schools have qualified for Odyssey of the Mind World Finals later this month.

Newswatch 16’s Ryan Leckey spotlighted some of the local teams on Tuesday from the Clarks Summit area.

The 40th annual Odyssey of the Mind World Finals will be held May 22 to May 25 at Michigan State University in East Lansing.

About 6,000 students will be competing from several states across the U.S. and countries such as China, Germany, India, Poland, Singapore, and South Korea.

Odyssey of the Mind is an international K-12 creative problem-solving competition.

The schools from our area with teams heading to World Finals are: 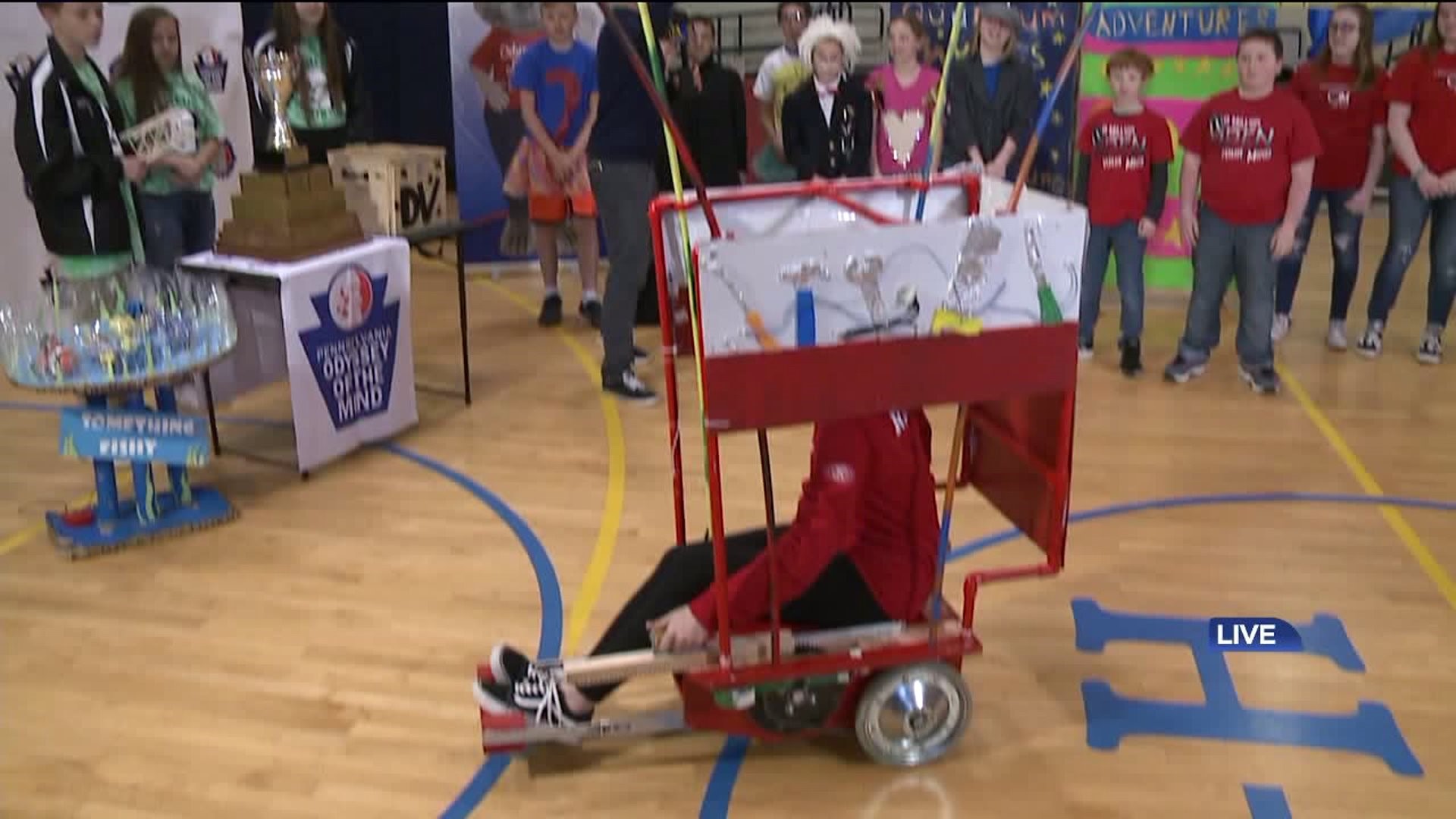 There are two major parts to the Odyssey Competition.

The first part is the skit also called "Long-term" because students work on the skit for months usually starting in October or November. Each team must come up with a skit that meets specific criteria For example, the Abington team picked the problem called "Opposites Distract." (There are five types to choose from like building a vehicle or making a structure out of balsa wood).

They had to come up with a sneaky character who causes two groups to argue over trivial disagreements. They had to incorporate rhyme, dance, song and/or mime while also using "attention-getting effects." At the end of the skit, they must show the characters learned a lesson about communication. The skit is heavily graded on humor and creativity.

The students must do EVERYTHING themselves, from writing the script to creating the costumes to making the set. The coach is not even allowed to glue on a piece or paint anything. That is called "Outside Assistance" and will incur a penalty. These students have been together for a few years, but this year learned how to use power tools and created their set out of wood so it's sturdier. (Many use cardboard if they don't have access to power tools.) They even used hinges so they can have more backgrounds in less space.

The second major part of the competition is called "Spontaneous." It happens on competition day and no one is allowed in the room except the team and the judges,  not even the coach. There can be verbal or hands-on. With verbal, the team has about 8 minutes usually to come up with as many creative answers as they can to a question (which they do not know in advance). With hands-on, they have to build something ( like a bridge or a tower) with materials provided. Students usually use things like straws, piece of tape, paper clip, etc. Team members have no idea what spontaneous will be until they go in the room. Then, it must stay top secret all day so the other teams don't get an unfair advantage. They can't even tell their coaches!

Another big part of Worlds is pin-trading. It sounds kind of silly, but its a great way for all of the kids from different countries to meet each other. Sometimes you'll be trading pins with another student who doesn't speak English.

Odyssey of the Mind is like STEM, problem-solving, theater, and art all rolled into one.

If your school or community organization is interested in getting involved in Odyssey of the Mind, head here. 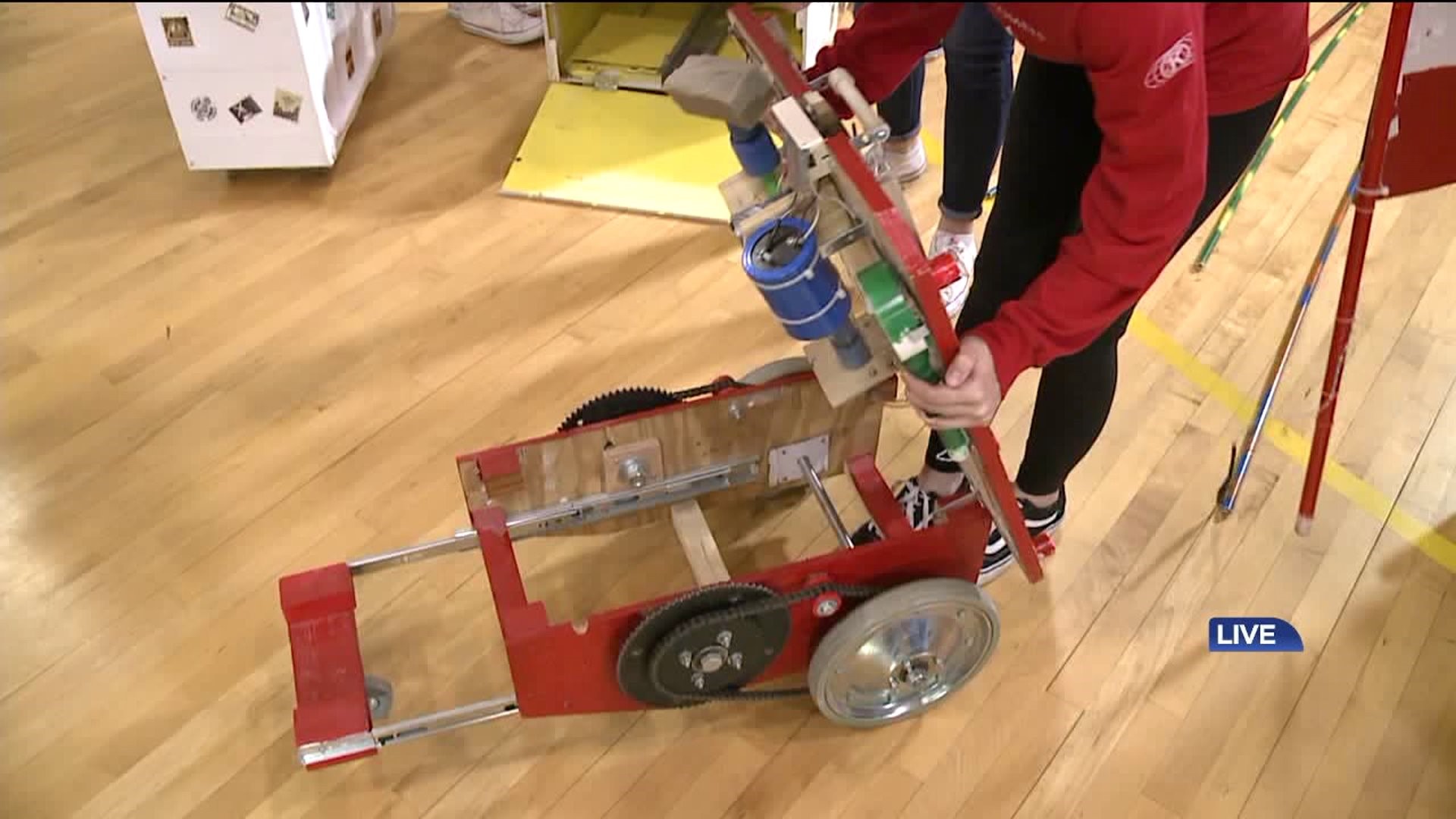