Tale of the Tape: Duct Tape Wrapped Around Utility Pole Has Residents Asking a Lot of Questions

SPRING BROOK TOWNSHIP, Pa. — “Who would duct tape a pole anywhere? That is not common sense.” That is a question some residents of Spring Brook Township h... 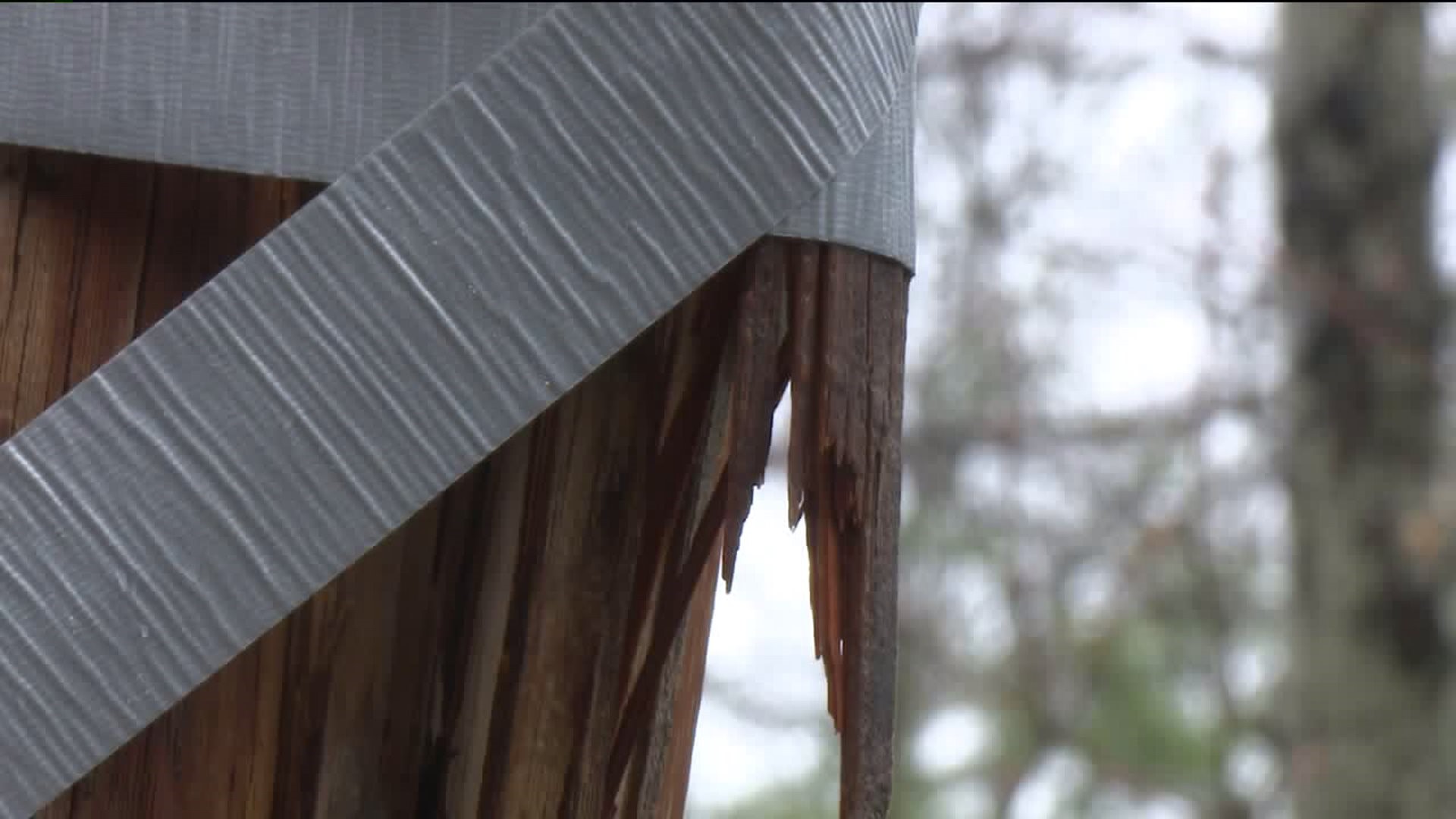 SPRING BROOK TOWNSHIP, Pa. -- “Who would duct tape a pole anywhere? That is not common sense.”

That is a question some residents of Spring Brook Township have been asking for quite some time.

A damaged utility pole on Aston Mountain Road near Moscow is wrapped in duct tape.

“We have people that ride bikes and motorcycle riders. Everyone wants to come through. It is beautiful and quiet, and we don't need anyone getting hurt. It can come down at any time,” said Carol King.

King showed Newswatch 16 a picture of the duct-taped pole taken last month. She thought the utility pole would have been replaced by now.

"It looks kind of funny. I mean, duct tape on a telephone pole and the pole is cracked, and we have had some major winds. That is going to come down and kill somebody,” said King.

"I am afraid that pole is going to go down on a car when you're going by or lose electricity soon. I just think it's dangerous,” said Ann Aston.

Aston lives on Aston Mountain Road. She doesn’t know how the pole got damaged or who put the tape on the pole but says the tape just isn't enough.

"I would like something to be done, yes, for everybody's safety sake, but who would OK something like that?” said Aston.

“Some attention would be nice. We pay the same rates as everyone else,” said King.

Markings on the pole indicate that it belongs to a telecommunications company. An official with Spring Brook Township says he plans to look into who exactly owns the pole.