SCRANTON, Pa. — Dozens of Scranton police cars and state troopers were out searching the wooded areas around Route 307 in the city Wednesday after a stole... 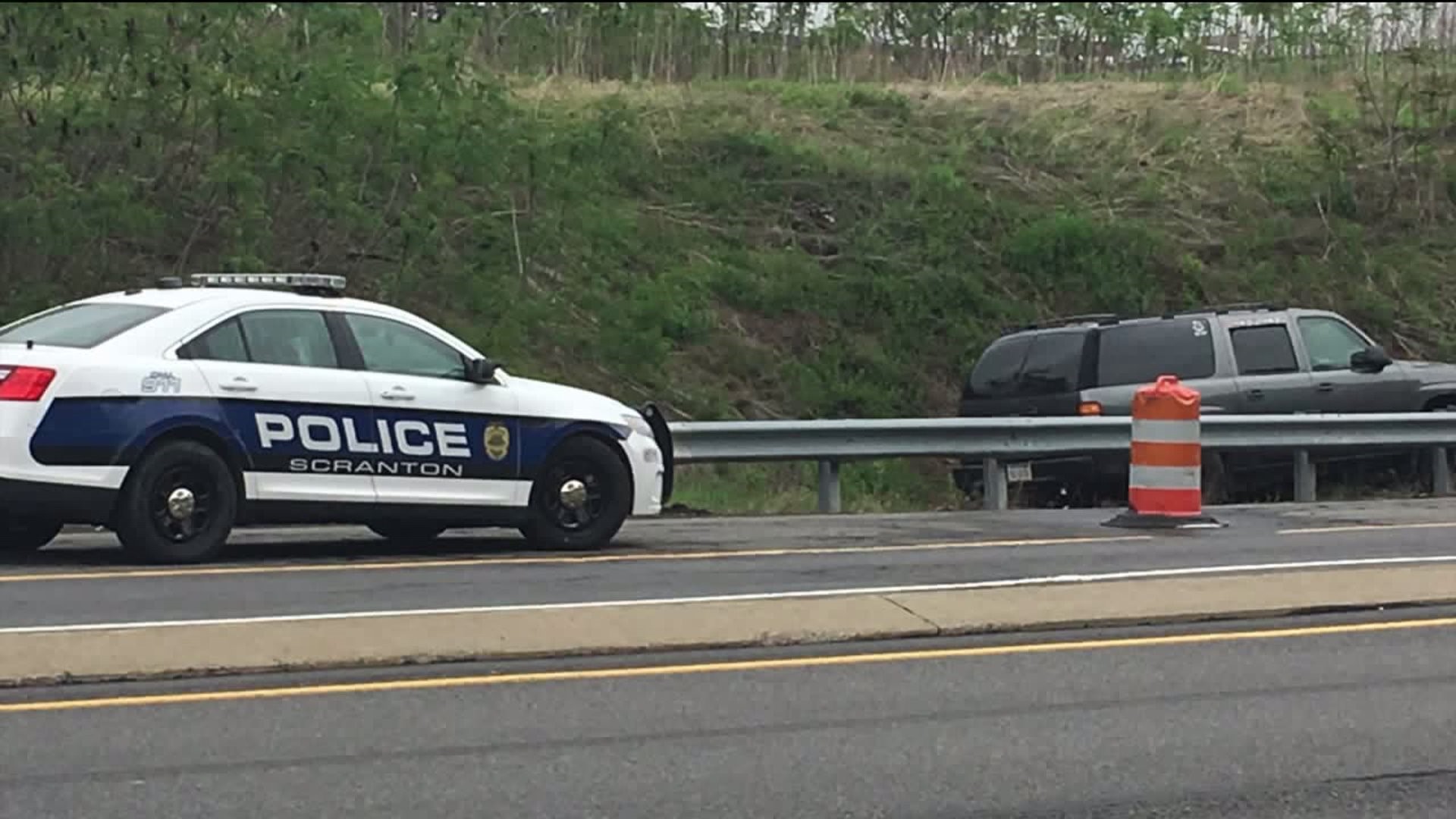 SCRANTON, Pa. -- Dozens of Scranton police cars and state troopers were out searching the wooded areas around Route 307 in the city Wednesday after a stolen SUV was recovered after a police chase.

Police say that 2001 Chevy Suburban was stolen from the 1200 block of Academy Street in West Scranton.

Owner Dante Reyes says he was working the vehicle and had it running to see why the engine was overheating.

“I was doing some work on it and I went in the house to grab something, a tool,” said Reyes. “I was walking back towards the door, I heard it pull off. And I come outside and seen the back of it around the corner.”

Reyes says he just bought the SUV days ago.

He hopped in his mother's car in the hopes of catching the Suburban.

“When he saw that I was behind him, he popped a U-turn and floored it all the way up Lackawanna Avenue,” said Reyes. “Didn't even try to chase him, it was going in and out of traffic and everything like that.”

Scranton police say an officer spotted the SUV going northbound on Interstate 81 and attempted to pull the vehicle over.

Police say the SUV took off, crossing over to the southbound lanes but continuing to head north.

Eventually, the driver got the vehicle in a position where it could go no further.

Police say two men jump out of the Suburban, ran across the northbound lanes of 81 and into a wooded area.

That prompted a heavy police presence on 81 and Route 307 above it as police searched for the suspected car thieves.

Reyes says he actually talked to one of the suspects before his car was taken.

“Like an hour before that, when I first came out to start fixing it, the guy that took it came, was walking down the street and asked me, was like ‘hey do you have a cigarette, man?’ I`m like no, I don't smoke.”

Scranton police say the suspected car thieves are still on the loose.