SCRANTON, Pa. — The fanfare rang loud and strong as the Armed Forces Day Parade made its way down North Washington Avenue in Scranton Saturday morning. Wi... 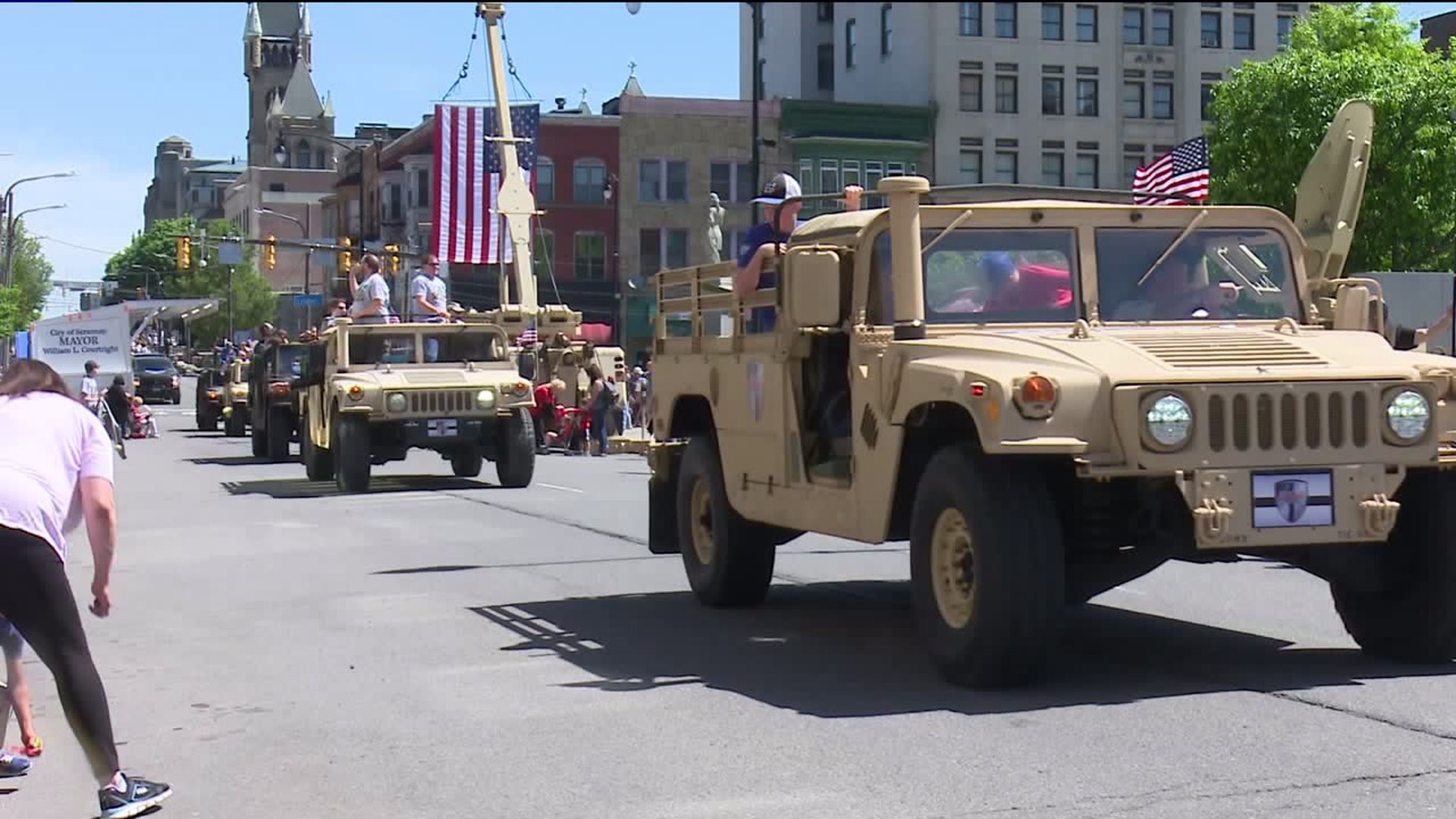 SCRANTON, Pa. -- The fanfare rang loud and strong as the Armed Forces Day Parade made its way down North Washington Avenue in Scranton Saturday morning.

With clear skies above, the sidewalks were packed with people showing support for active and retired service men and women.

“Just wanted to come down, great day, it's a beautiful day to see the parade and all the people that have served our country,” said Patrick Scarfo of Scranton.

One by one, high school marching bands, military members, and Boy Scout troops made their way through the Electric City as Newswatch 16's Ryan Leckey introduced them to the crowd.

Veterans attending the parade say they were happy to see so many youngsters on the sidelines cheering on those who serve.

“They get to see the men and ladies that are in arms and sacrificing their time. They have to put everything aside, their family, their friends, their jobs, to serve the country,” said George Lutz of Scott Township.

Veterans sitting on the sidewalk watching the parade tell Newswatch 16 even though they are not marching in the parade, they feel honored just being here.

“I really appreciate the people coming out here thanking me and a lot of the military veterans out here as well,” Scarfo said.

Scarfo says this sign of appreciation is nothing like what he received when he was in active duty.

“That's a real privilege compared to in the ‘70s when we have the Vietnam era and people didn't really understand what are troops were doing over there.”

Mothers of active military members say they too are thrilled with the support their children are receiving from people on the sidelines.

“Amazing, we all have goosebumps. Because we do this for our kids, we have a good time doing it, but we are doing this for our children and all these people, they’re somebody's kids, and we're so proud of every single one of them,” said Lori Bishop, Blue Star Mothers of NEPA.

Before the parade stepped off, runners participated in a 5K race called “Helping Hometown Heroes” to benefit the nonprofit Keystone Warriors. Participants took home trophies for running the fastest in their age group in the race that helps veterans right here in Pennsylvania.